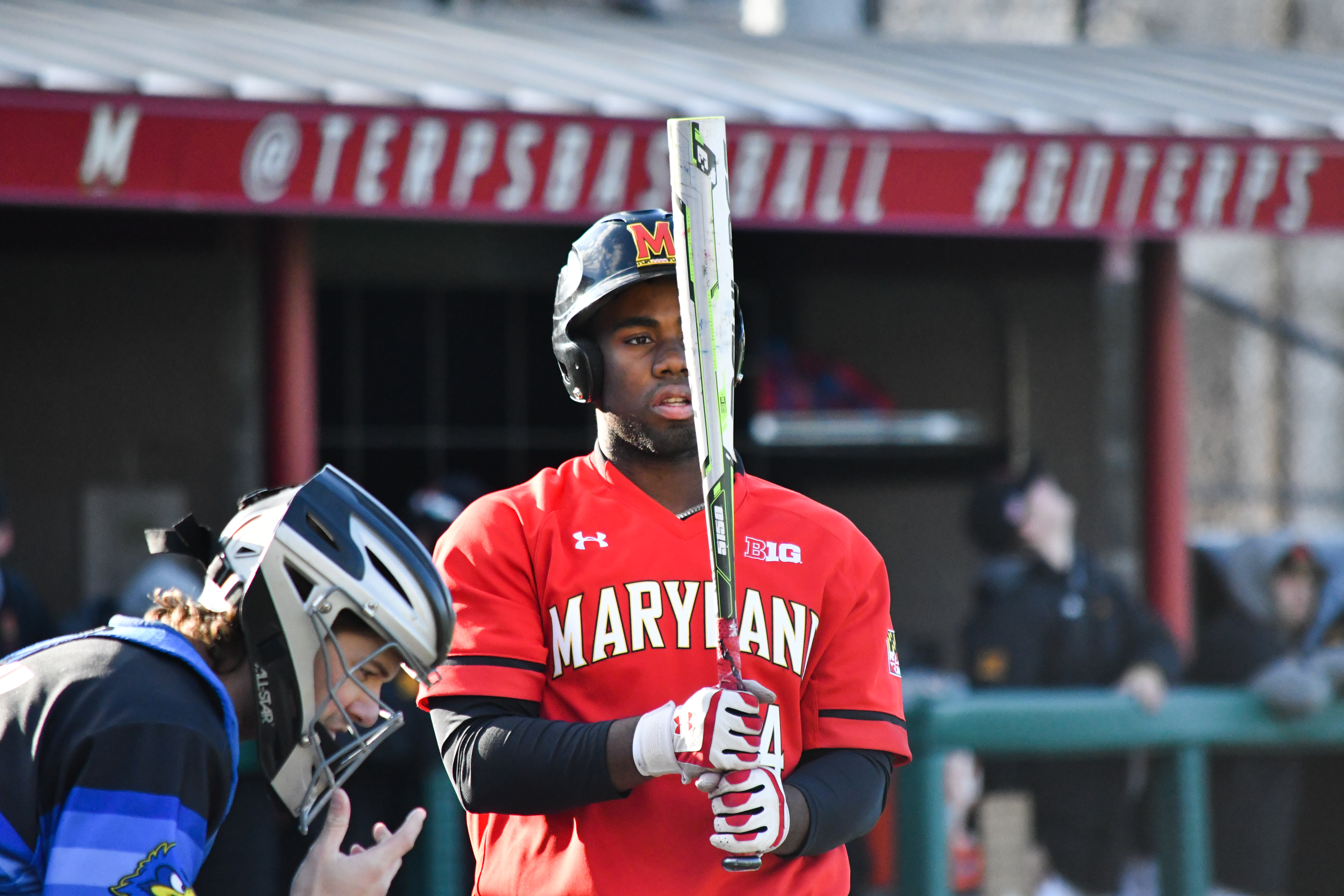 Nothing went right for Maryland baseball in the sixth inning of Saturday’s nightcap against Illinois. The Terps made two errors, and then the Illini blooped in two singles and erased a three-run deficit and pull level entering the seventh inning.

In a tied game with the series on the line, Maryland’s bats woke up from their middle-inning slump, and Maxwell Costes found redemption after his fielding blunder sparked Illinois’ rally. After two singles and a walk re-established a one-run lead, Costes crushed a hanging offspeed pitch over the left-field fence for a three-run homer.

Left-hander Sean Fisher escaped a bases-loaded jam in the bottom-half of the seventh and cruised through the final two frame.

After managing four hits in a 5-1 loss earlier in the day, the Terps used three-run shots from Costes and outfielder Randy Bednar to power an 8-4 victory, earning a doubleheader split and a series win on the road against the Illini.

The series win moves Maryland (15-15, 3-3 Big Ten) back to .500 after a 1-6 stretch that included getting swept by Creighton and getting embarrassed in consecutive games by Indiana.

Neither team scored in the first four innings of Saturday’s game one, with a leaping catch at the wall from Bednar in the second inning and a slick, bases-loaded 5-2 double play started by Taylor Wright in the fourth inning helping keep Illinois (20-10, 1-5) off the board.

The Illini broke through with a run in the fifth, though, after a leadoff triple aided by an ill-advised dive from Michael Pineiro in right field. A two-run home run from left fielder Jacob Campbell pushed Illinois’ lead to 3-0 in the seventh, while the Terps struggled mightily against Illini starter Ty Weber.

The junior allowed just three baserunners in the first seven innings before designated hitter Josh Maguire went yard to begin the eighth, and after Weber hit shortstop AJ Lee three batters later, his day was over. Maryland had no problems making contact, striking out against Weber just three times, but only managed three hits and never walked.

Weber’s replacement promptly walked the bases loaded before getting Costes on a comebacker to end the inning.

Maryland starter Zach Thompson also lasted into the eighth inning, bouncing back from his disastrous start in last weekend’s 20-5 loss by throwing a serviceable seven-plus innings, allowing four runs on six hits, striking out one and walking three.

It wouldn’t be enough, though, as Maguire’s homer was Maryland’s only run of the game, and the Illini added two more in the eighth after Thompson’s departure, sewing up a 5-1 win.

After Weber’s display of near-impeccable control in game one, wildness from starter Cyrillo Watson in the third inning of game two helped give the Terps an early advantage.

Watson hit catcher Justin Vought with a pitch, walked Maguire and advanced them to second and third with a wild pitch. Lee then pushed a bunt past him for an RBI single, and Bednar laced a low liner over the left-field fence for a 4-0 lead.

A double and sacrifice fly gave the Illini a run in the fourth, and Maryland’s defense betrayed starter Trevor LaBonte in the sixth inning. Errors by Costes and Lee put runners on first and second, a walk loaded the bases and consecutive bloop singles spelled the end of LaBonte’s outing.

After LaBonte left, a sacrifice fly tied the game, and when Maguire led off the seventh with a groundout, the Terps were hitless in their last 13 plate appearances.

Second baseman Benjamin Cowles broke that streak with a first-pitch single, which Lee followed with an eight-pitch walk. Bednar then knocked a line drive up the middle for his fourth RBI of the game with a line drive up the middle, and after Wright struck out, Costes launched his first home run in the past 15 games to put the Illini in an 8-4 hole.

The home team threatened in the bottom of the seventh, using a single, walk and hit by pitch to load the bases with one out. Fisher came on in relief of left-hander Andrew Vail and induced a routine double-play ball, which the Terps easily turned.

With a four-run lead and Fisher retiring the first four batters he faced, coach Rob Vaughn let him finish the ninth rather than go to his closer, John Murphy. The sophomore threw another 1-2-3 frame to earn just Maryland’s third Big Ten road series win since 2017.