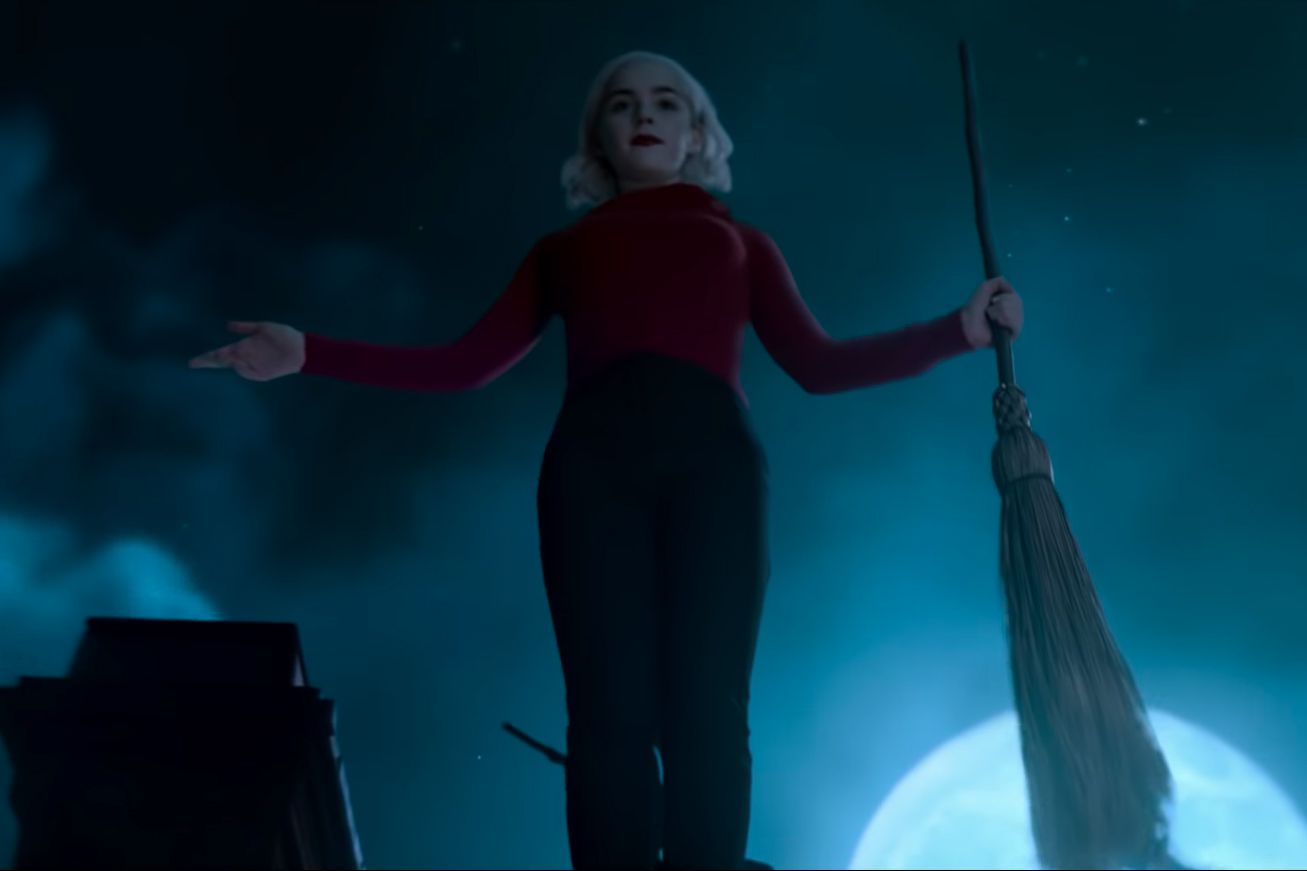 Less than six months ago, Chilling Adventures of Sabrina released its debut season on Netflix, knocking viewers right back into the 1990s with a wave of nostalgia.

Netflix out-fought The CW to produce the supernatural television series, centered on Archie Comics character Sabrina Spellman. Binge-watching crazes ensued when the first season premiered just before Halloween, creating pressure for season two to live up to the hype.

Sabrina’s circumstances have changed at the start of season two. Sabrina now attends the supernatural Academy of the Unseen Arts, with only scattered appearances at the human Baxter High. She has fully committed herself to embracing her half-witch identity, as she signed her name in the Dark Lord’s book. Not to mention, she fulfills a Baxter High boy’s worst nightmare, and dumps her human boyfriend for a warlock.

While season two had the potential to make just as strong of an impact as season one did, a lack of cohesion makes the transition less than satisfying. A lot of the developments feel random and surface level, leaving the plot underdeveloped. The writers didn’t try to unravel the story in a creative way, instead they reveal important information through cliché tarot card readings all at once — a serious let down after an engaging first season.

The nine new episodes make it seem as though the only point to Chilling Adventures is to mystify viewers. Writers and producers seem to have jammed in as much magic as they could, making the supernatural forces feel overused very quickly.

The end of season two still has not addressed the critical point of why viewers should care about Sabrina at all. While being half-witch, half-mortal is amazing to us, the overwhelming amount of mystical forces elsewhere in the series downplay her uniqueness. A lot is proven to be possible in the show, so viewers need to know what makes Sabrina even more special. The nostalgia factor alone is not enough to keep viewers watching at the end of season two.

One of the only major elements of these nine episodes that is actually laudable is Sabrina wanting to challenge the Church of the Night by proving the women witches are equal to the men in charge. This is even more impressive feat given that fans speculate that the show is set in the 1950s or ‘60s. However, Sabrina’s feminist fight is blurred by other surface-level happenings, like the petty fights over boys that multiple female characters find themselves entangled in.

While this follow-up season is a decent watch and by no means a disaster, it demonstrates the sad truth that Netflix may be losing what made it special in the first place.

Fans of many Netflix originals have been disappointed following a few second season releases. From Making a Murderer to Unbreakable Kimmy Schmidt, the streaming service repeatedly screws itself over as it wows audiences with an original series’ unbelievable first season, only to release a second one that is lackluster in comparison. These follow-ups are only worth watching about half of the time, as they frequently feel disjointed and haphazardly thrown together.

[Read more: Review: Season three of ‘Queer Eye’ is more dynamic and diverse than seasons past]

Perhaps the company’s flaw is releasing one season all at a time, as our lack of self-control with technology compels us to sit in front of our TV or laptop for an entire weekend to binge a whole new season.

Then when we revisit a series six months later, it’s no wonder that the seasons feel disjointed. While Netflix sought to liberate viewers from the rush to get home to watch a new episode that premieres only once a week, that excitement is gone and viewers are caring less.

Allegedly, Netflix plans to continue the Chilling Adventures of Sabrina with new episodes to be released in the future. The tech company seems to forget, however, that they are not rooted entertainment.

The original point of Netflix was to give viewers easy access to the shows they love from different networks, but the platform released 1,500 hours of original content in 2018. The structure that was piloted by House of Cards and Orange is the New Black was wildly innovative, but the overwhelming amount of new options like Chilling Adventures is disrupting that success.