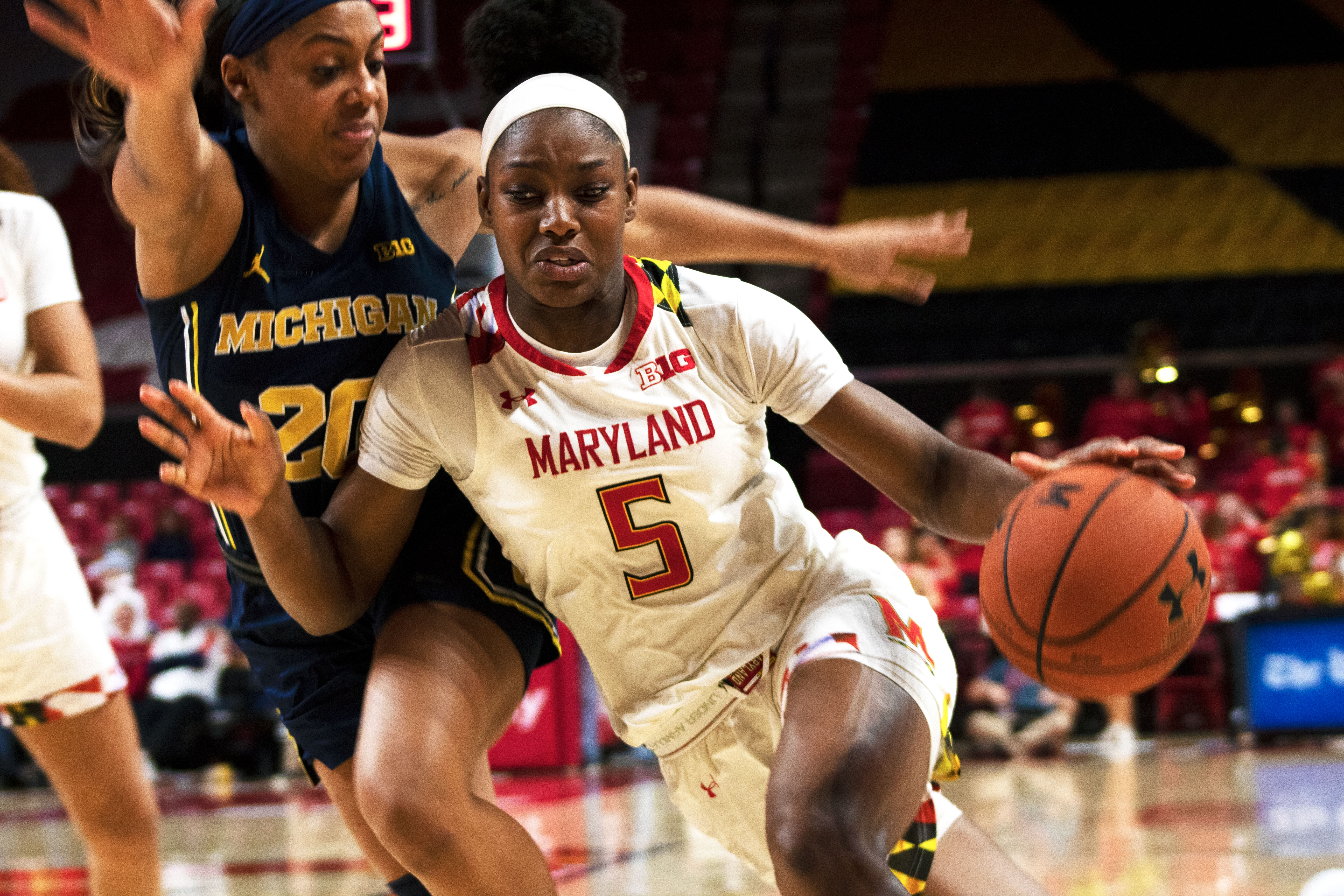 Guard Kaila Charles drives toward the rim during Maryland’s 83-69 win over Michigan at Xfinity Center on Jan. 12, 2019. (Frances Moyonero/The Diamondback)

The junior led the Terps with 17.0 points per game and was second with 6.7 rebounds per game.

Though her scoring dipped slightly from her 17.9-point average from a season ago, her consistency helped Maryland to an improved 29-5 overall and 15-3 Big Ten record, securing a conference regular season title.

She scored in double figures in 29 of the squad’s 34 contests.

Charles did have a couple of letdowns in important moments, scoring a combined five points on 2-for-18 shooting in lopsided regular-season defeats to Iowa and Michigan State, but as the season wore on, the Glenn Dale native only improved.

Charles averaged 26.3 points in the Big Ten tournament, highlighted by a 36-point outburst in the championship that was only overshadowed by First Team All-American forward Megan Gustafson’s 45 points.

The Terps ended the season with a disappointing home loss to sixth-seeded UCLA, 85-80, in the NCAA tournament second round, but Charles continued to step up with the season on the line. She scored 19 points after halftime, but Maryland fell just short of reaching the Sweet 16.

Charles was also a unanimous All-Big Ten First Team selection by the conference’s coaches and media earlier this year, the second year in a row she earned first-team honors.