UMD panel discussed the realities of immigration on campus and beyond 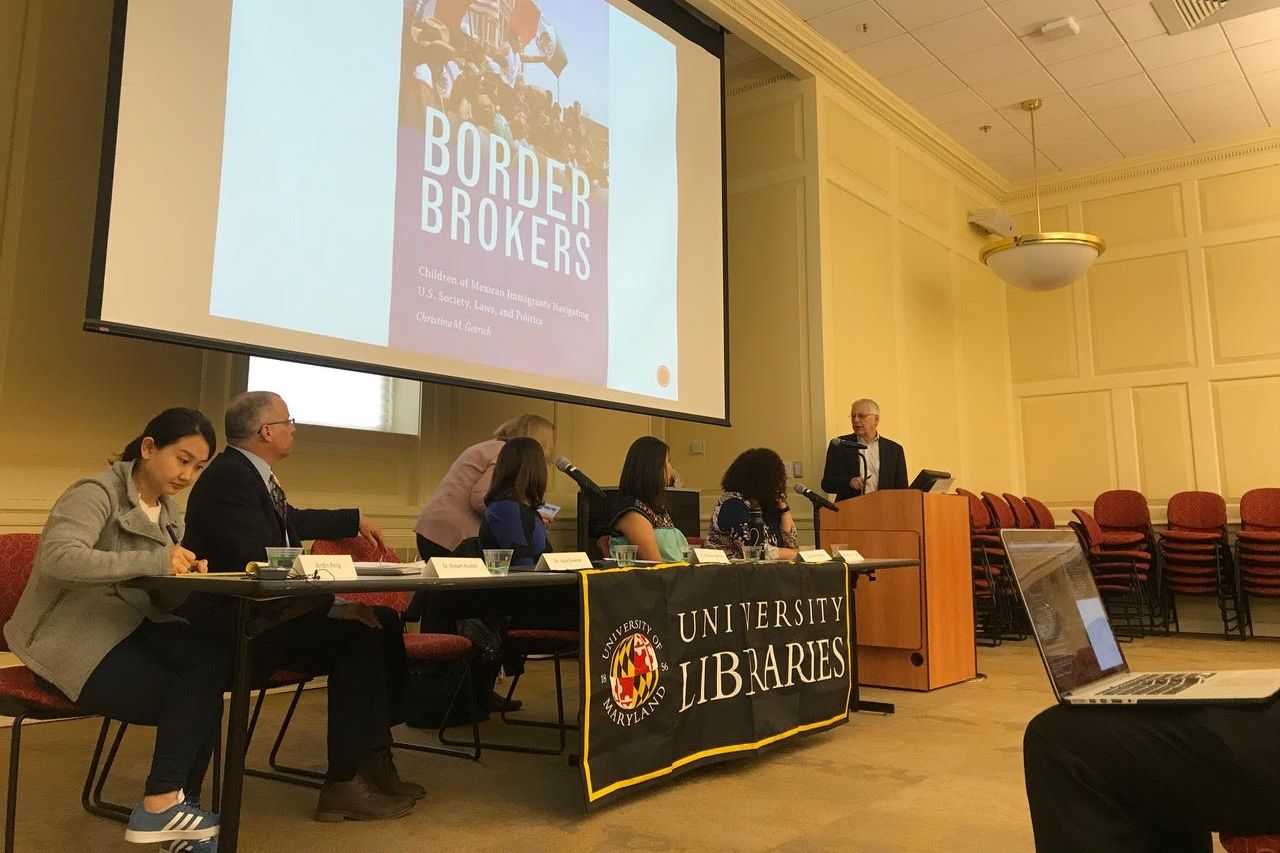 UMD researchers present their findings at a panel discussion on immigration (Morgan Pravato/For The Diamondback).

For many students, college is like a bubble. They are free for the first time in their young adult lives to plan their own schedules, wash dishes only when they absolutely need to and answer to no one.

There are also many other students who wish for that kind of luxury. While a portion of the student population is able to make college the best four years of their lives, others see it as a time filled with anxiety.

Many students are aware of the University of Maryland’s contract with Immigration and Customs Enforcement, and there’s been a growing push for the university to separate itself from the agency. However, the presence of immigration authorities on the campus is larger than some may realize. There are immigration checkpoints that are placed around the campus during the busiest times of the year, such as fall move-in, according to Laura Bohorquez Garcia, the undocumented student coordinator.

Bohorquez Garcia shared this information with other staff, students and community members at Immigration: Reality, Deception, Action, Reaction, a discussion held by University Libraries on Tuesday. Influential figures from across the university shared the many immigration issues that are affecting students, College Park residents and people in the U.S. and around the world.

Moderator Eric Lindquist, a history librarian, began the Interdisciplinary Dialogue event by denouncing President Trump and the nativism that many of his followers preach. Many topics that the panelists discussed pertained to the executive branch’s growing powers.

“Checks and balances should be enforced, but there’s been an augmentation [of the executive branch’s power],” said Nick Ondrish, a senior government and politics major.

Robert Koulish, MLaw Programs director, said the president “can lie, and he has the authority to lie” if he says “the magic word” — “crisis.” He explained to the concerned audience that Trump’s descriptions of a national security threat at the border automatically trigger a response from the courts that grants him more power.

“There isn’t a crisis at the border,” Koulish said. He noted that El Paso, Texas, is actually one of the safest municipalities in the nation.

It’s hard to make a conversation about American immigration policy seem uplifting. The discussion focused on topics such as the inevitable role of race and ethnicity in policy decisions, as well as the U.S.’s role in causing major migration from certain countries.

Binbin Peng, an international doctoral candidate, shared her experiences as a part of this population. Given how close the university is to Washington, D.C., she said she was disappointed in how relatively few international students are enrolled here.

Andy Mbala, a junior economics major, said he did not realize the “plight of international students.” Mbala said hearing from Peng and other speakers allowed him to “realize [his] luck.” He also immigrated with his family from Belgium to the U.S. at 10 years old for educational opportunities.

Despite having such a diverse student body, the University of Maryland tends to struggle with inclusion. It’s becoming increasingly important for the university to continue fostering open discussions about how factors like federal immigration policy affects its students.