Corporations should stop trying to be relatable on social media 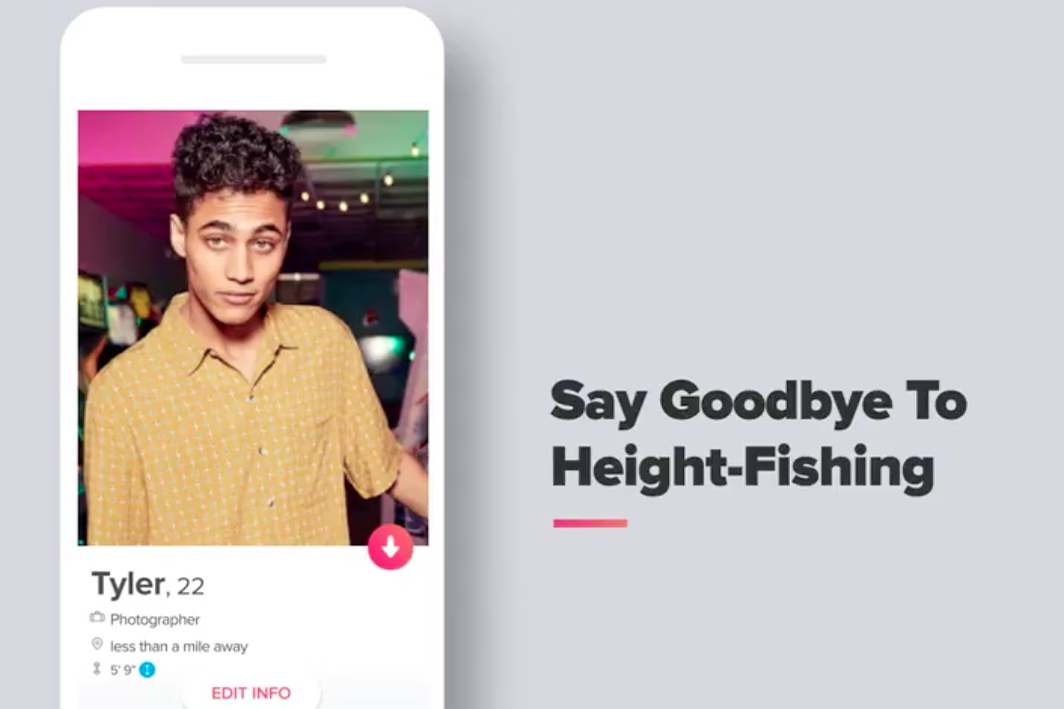 Tinder tweeted an ad for a new "height verification" feature on March 29, which they revealed to be a prank on April Fools' Day (Photo via Twitter).

This article was originally suggested to me as a piece on Tinder’s supposed “height verification” feature that was announced Friday afternoon. I approached the subject with caution and warned my editors that it was suspiciously close to April Fools’ Day, and I wouldn’t put it past Tinder to use this as an opportunity to make a joke and also gain some promotion.

After Tinder initially announced the feature, some men took it too seriously. So I’d say it was actually one of the funnier brand pranks, but it was still one among dozens of corporate-driven attempts to reach the pinnacle of humor on April Fools’ Day by trying to convince people that they made a wacky ice cream flavor or a zany version of Pop-Tarts. Whatever.

This could have been funny a few years ago, when we weren’t constantly barraged by the MoonPie or the Steak-umm Twitter accounts or literally any other millennial-branded social media accounts that equate relatability with humanizing their brand. It’s endless.

It’s reminiscent of the Steve Buscemi “fellow kids” meme. It doesn’t even matter if the tweets are coming from one person — or personality — who is genuinely in touch with this generation’s sense of humor and penchant for memes. It all reeks of desperation and is a clear misunderstanding of what young people care about nowadays.

[Read more: Three things to do instead of using Tinder to try and feel something, anything]

As millennials, or Gen Z-ers — whatever weird category college students fit in — we’re known for being more empathetic and socially progressive, which I think is a great thing. We’re the gayest generation. We’re more open about mental health issues and about working towards destigmatizing them and other conditions previous generations suffered through silently.

SunnyD, an artificially colored orange juice drink, saw this humanity that we display on a regular basis, and then strategized an entire brand around it — even going so far as creating the type of posts depressed people make. It feels … unreal.

A Twitter exchange between SunnyD and Moonpie from February 2019.

Somewhere in a corporate executive board room there are brand directors discussing how they can stay relevant in the digital age, and some poor, “social savvy” intern is used as the connector for the brand and the youth. I know that some people find it funny. It kind of was at first, back when it was unusual for, you know, a snack-cake brand to be interacting with another similar brand in playful banter, or a fight, or just a sort of absurdist tweet.

The thing is, this is all absurd. These are huge corporations that want your money. These accounts sound like people, but exist only to continue a pervasive culture where branding and advertising have seeped into literally every aspect of online life. If you follow any of these accounts and give them engagement, you’re ultimately doing exactly what they’ve intended: giving them your attention.

I want to say lines have been crossed, but that would be an understatement. In February, the Netflix Canada account tweeted this:

Netflix Canada responded to criticism around a tweet using the phrase “the gays.”

The fact that Netflix, a huge multi-billion dollar corporation cosigned on a misguided social media director’s attempt to cater to “the gays” — a colloquial term used by the LGBTQ+ community — is so tone-deaf and inappropriate. If the employees themselves tweeted it from their own accounts, that would be one thing. But why, why, why is it acceptable to start giving these brands their own sort of personhood?

If you go back to the original tweet I mentioned — the one in which SunnyD received more than 300,000 likes by posting a cry for help — you just see a food chain develop. MoonPie (my least favorite), UberEats, Corn Nuts; hell, even Crest and Wikipedia are just a few of many brand accounts that respond with sweet messages of concern for their wonderful and close friend, SunnyD orange juice.

Their responses are calculated and on-trend with what two people genuinely having this interaction would seem like, and it’s a win-win! People thought about SunnyD for the first time since they were 6 years old, and every other brand got plenty of likes and replies from people who don’t realize how dystopian this all is.

It’s probably only going to get worse as we continue this hellish journey into late-stage ad-driven capitalism. Influencers, brand accounts and sneakily integrated ads are the future, baby. At least I’ll have the Wendy’s diss track to listen to while I cry myself to sleep.