The new age of Internet cats 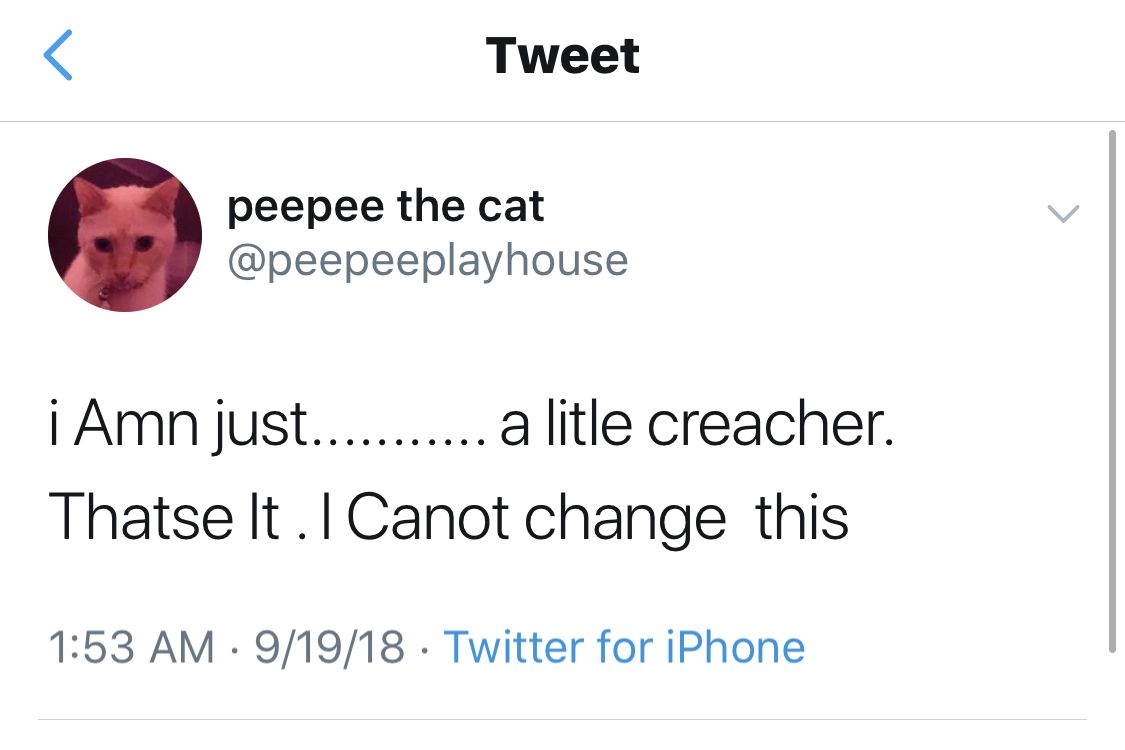 Since the inception of the internet, we’ve had a fixation on cats, using them as our very own furry, spite-filled comedic vessels.

In the olden days of internet yore, when everything was just a little simpler, “LOLCats” became a hugely popular, sort of absurdist foray into the use of cats as meme fodder. Most famous is the “I Can Has Cheezburger?” cat, which is kind of exactly what it sounds like.

This image is referenced as the “original meme” and was the start of a hugely popular website icanhascheesburger.com, a sort of preface to meme aggregation websites such as 9GAG and iFunny.

Formatting for these kinds of images was pretty simple; you’d find a funny, expressive photo of a cat and caption it from their perspective in cutesy broken English. People loved them because they expressed the loving personification we give the animals we keep as pets.

If you’re a young person who remembers these times, you’ll know how quickly meme culture transformed after this point. With an extremely high turnover rate, viral trends and challenges are endlessly churned out through our many social media platforms. But I came to realize that LOLCats has found a way to adapt to this new territory, in the form of a Twitter account I love more than anything.

It all started with a group of cats on Twitter. I’m going to try and describe this as best as I can without sounding completely illogical, although I already know I will.

Basically, there’s a gang of cats with their own Twitter accounts, some typing in an adorably illiterate way (sound familiar?), talking about their daily lives, struggles as pets (FAMILIAR???) and basically anything else a cat would say if they could speak human language.

The most popular of said group, by far, is Peepee, an 8-year-old house cat who loves his friends and being petted. He has amassed 85.3k followers and has even been interviewed, though he unfortunately did not respond to my request for comment. Below are some of his greatest tweets:

i Amn just……….. a litle creacher. Thatse It . I Canot change this

Peepee’s adoring fans have created tons of fan art and they engage with his every post. He follows a few similar accounts, presumably run by friends, such as @QueenNuggies (17.5k followers) and @goblinkenny (14.1k followers), which has allowed for interactions like this to grace our unworthy timelines:

Happy Birthday Peepee, You Look Very Nice In This Photo. I Am Very Glad That You Are My Friend

I Have No Idea

Soon after, a new profile picture and bio were put in place, and this new, mysterious alter ego “Greep Gröp” seems to have taken over the account. Though he insists Peepee is safe, his text has all of those weird lines going through the letters and he seems to provide a more sinister narrative on the once completely wholesome account.

It’s the innocence behind all of this that makes it such a fascinating trend. So many people would jump to say the older memes we used for Facebook profile pictures in 2010 are cringey, but we seem to seek out similar qualities in the content we consume now.

Social media sites, especially Twitter, are generally kind of awful. Yes, people need their news and memes due to the dopamine addiction that causes us to refresh every few seconds, but our culture indicates we have a deep need for wholesome, mindlessly good content that distracts us from the pain of being alive in 2019.