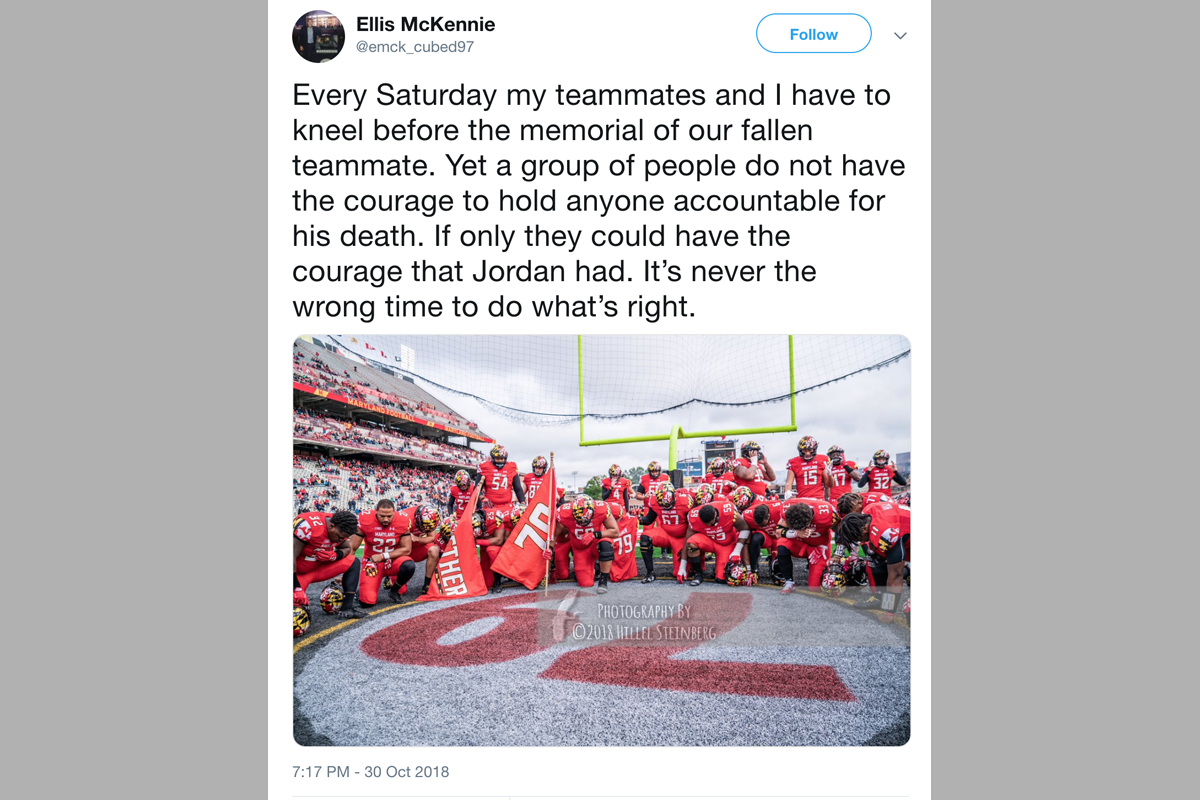 DJ Durkin was reinstated as Maryland football head coach Tuesday after the Board of Regents determined he has genuine concern for his players’ well-being, bore little responsibility for abusive strength and conditioning coach Rick Court and could not be blamed for the death of offensive lineman Jordan McNair.

In a September survey completed by nearly 100 players, the team gave Durkin poor ratings, and the investigation into the team culture included many quotes from players who said he did not show adequate care for their health.

Multiple players walked out of Durkin’s meeting with the team, and a handful have spoken out about the decision publicly on Twitter, while many others have liked or retweeted them. Below are a collection of tweets from current Maryland football players.

Every Saturday my teammates and I have to kneel before the memorial of our fallen teammate. Yet a group of people do not have the courage to hold anyone accountable for his death. If only they could have the courage that Jordan had. It’s never the wrong time to do what’s right. pic.twitter.com/AaZVmLGTtS

Justice will come Mr. Marty in one form or another https://t.co/nlnAcc9jgp

At the end of the day, a YOUNG life was lost. My brother, teammate. And to boil it down to even horrific matters, a paycheck was chosen over that life. Through whatever and forever, I live for Jordan Martin McNair. https://t.co/YX18QH6Pl5

Bruh you know I’m right here with you. Accountability is something people apparently struggle too much with and yet it doesn’t hurt them, but it comes right to us and led to the position we’re in today https://t.co/HoYkAWljJ5

Because they have no clue of anything but being A terrapin recruit https://t.co/W48kj35yX3