Jordan McNair’s parents: Keeping Durkin, Evans is like being “punched in the stomach” 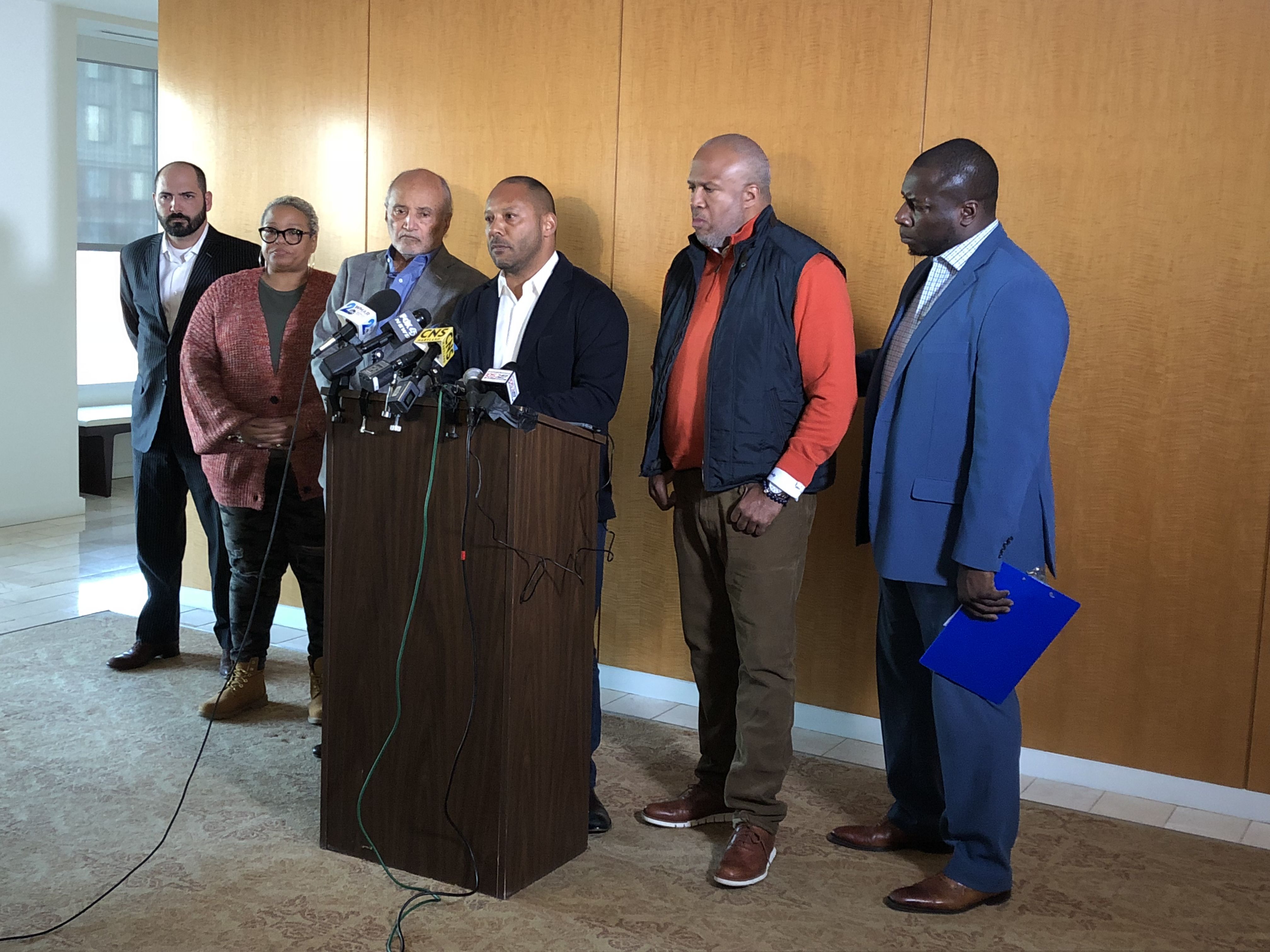 Shortly after the University System of Maryland Board of Regents recommended that head coach DJ Durkin and athletic director Damon Evans remain in their positions, the lawyer representing former offensive lineman Jordan McNair’s family called the decision “callous” and “indefensible.”

“I feel like I’ve been punched in the stomach and somebody spit in my face,” Marty McNair, Jordan’s father, said.

Hassan Murphy, managing partner of Murphy, Falcon and Murphy, briefly addressed the press at the firm’s office in Baltimore, along with his clients Marty McNair and Tonya Wilson.

“As of today, the only person who has paid for those failures is Jordan McNair. And for their outrageous behavior, Jordan paid with his life.”

Murphy said the law office would continue its own investigation and seek any legal actions that are applicable.

“Jordan, we remember you. We honor you. And we love you,” Murphy said. “With God as our witness, we promise you that this will not be the last word. Your life meant something, and your death will mean something, too.”

McNair, a sophomore offensive lineman, suffered heatstroke at a team workout May 29, didn’t receive proper treatment from training staff and died two weeks later. University President Wallace Loh, who announced Tuesday he will retire in June, accepted “legal and moral responsibility” for McNair’s death on behalf of the university in August. He said Tuesday that he stood by that statement “100 percent.”

McNair’s family and their attorneys have pressed for further action, calling for the firing of Durkin and for the board to affirm its culpability in McNair’s death. The board accepted the results of an investigation Thursday, which found while the team culture under Durkin was abusive and dissuaded players from speaking out, that did not have a role in McNair’s death.

At a press conference about two hours earlier, Board of Regents Chairman James Brady recommended Durkin remain in his post, citing his inexperience as a head coach and dysfunction in the athletic department as mitigating factors in his failure to oversee head strength and conditioning coach Rick Court.

Brady went on to say Durkin’s promise as a head coach, plus the impression he left on the eight-person task force and Board of Regents in interviews, helped convince them Durkin is a “good man” who deserved to be given an opportunity to continue learning as head coach.

“Despite their agendas, the facts are undeniable,” Murphy said.

Many players who talked to the committee investigating the culture under Durkin said he did not adequately care for their health or wellbeing. One player said McNair’s death was “a clear culmination” of a player who “felt the pressure from around him to not look like a ‘failure.’”

When asked what he expected to happen at the end of the investigation, McNair’s father said he expected the Board of Regents to “do the right thing.”

Murphy also reaffirmed the firm’s support of Loh. The lawyers had previously commended Loh for his acceptance of responsibility in McNair’s death and raised concerns about the board potentially punishing Loh for that move as well as for other, unrelated political motives.

“He remains the only person thus far in this process who has accepted legal and moral responsibility and has spoken from his heart about what happened,” Murphy said. “What happened after they took this from Dr. Loh — eight weeks of delay and mismash — was not, Dr. Loh’s [fault.]”