After Jordan McNair’s death, Maryland football’s players have stuck together 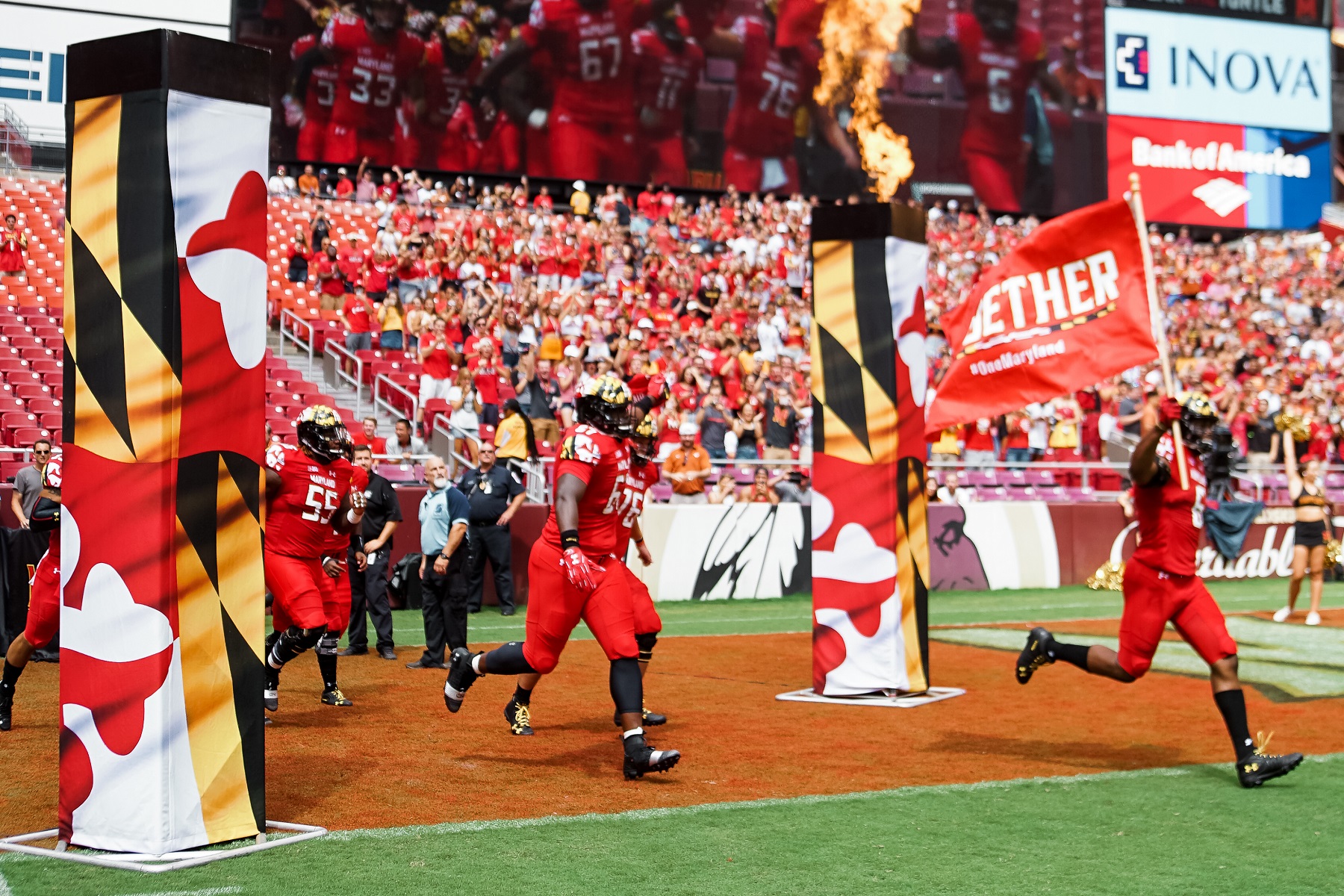 When the Maryland football team runs out of the Gossett Football Team House for the home opener against Temple on Saturday, the Terps will sprint toward a freshly painted No. 79 on the turf behind the west end zone at Maryland Stadium.

It will serve as another reminder of what they’ve lost.

The players and coaches have said the key to their 2-0 start has been sticking together and ignoring outside noise. But as they carry the No. 79 flag out of the tunnel Saturday, the players hope their home fans can serve as another support unit.

“It would definitely be big to us if we got a lot of support from the fans,” quarterback Kasim Hill said. “From the students especially.”

After Maryland’s season-opening win over then-No. 23 Texas, interim head coach Matt Canada said the team’s dedications for McNair were player-led. That included leaving one spot on the Terps’ offensive line open in McNair’s honor to start the contest, carrying his jersey onto the field and waving a flag emblazoned with his number.

That display also included the on-field product, which seemed emotionally charged. Against Bowling Green last week, the Terps again flew the No. 79 flag before and after the victory.

The first time Canada spoke to reporters as interim head coach, days after head coach DJ Durkin was placed on administrative leave, he said the players just wanted to “have a good football season.”

At that time, the Terps were a little more than two weeks away from their season opener. Since then, Canada hasn’t grown much into his role.

On Tuesday, Canada said he’s gotten to know more of the defensive players. He’s joking with them, but not coaching them.

Defensive back Darnell Savage seemed to struggle to find an answer when asked how he has seen Canada grow as interim head coach.

“We’ve spent a lot more time together,” Savage said, “if that makes sense.”

But Savage also said the defense is closer than it has ever been in his four years in College Park. Members of different position groups hang out now, which apparently wasn’t always the case.

“The situations are horrible, but to watch these young men stick together has been great,” Canada said. “I don’t think anybody can question how hard our football team is playing right now and how much they’re playing together.”

That can continue Saturday against Temple, when Maryland takes a field that also features No. 79s placed on each 21-yard line — 79 yards away from the end zone.

McNair’s death isn’t going away. And while Canada admits there is no “magic formula” for the team’s situation, the players have done the best they can.