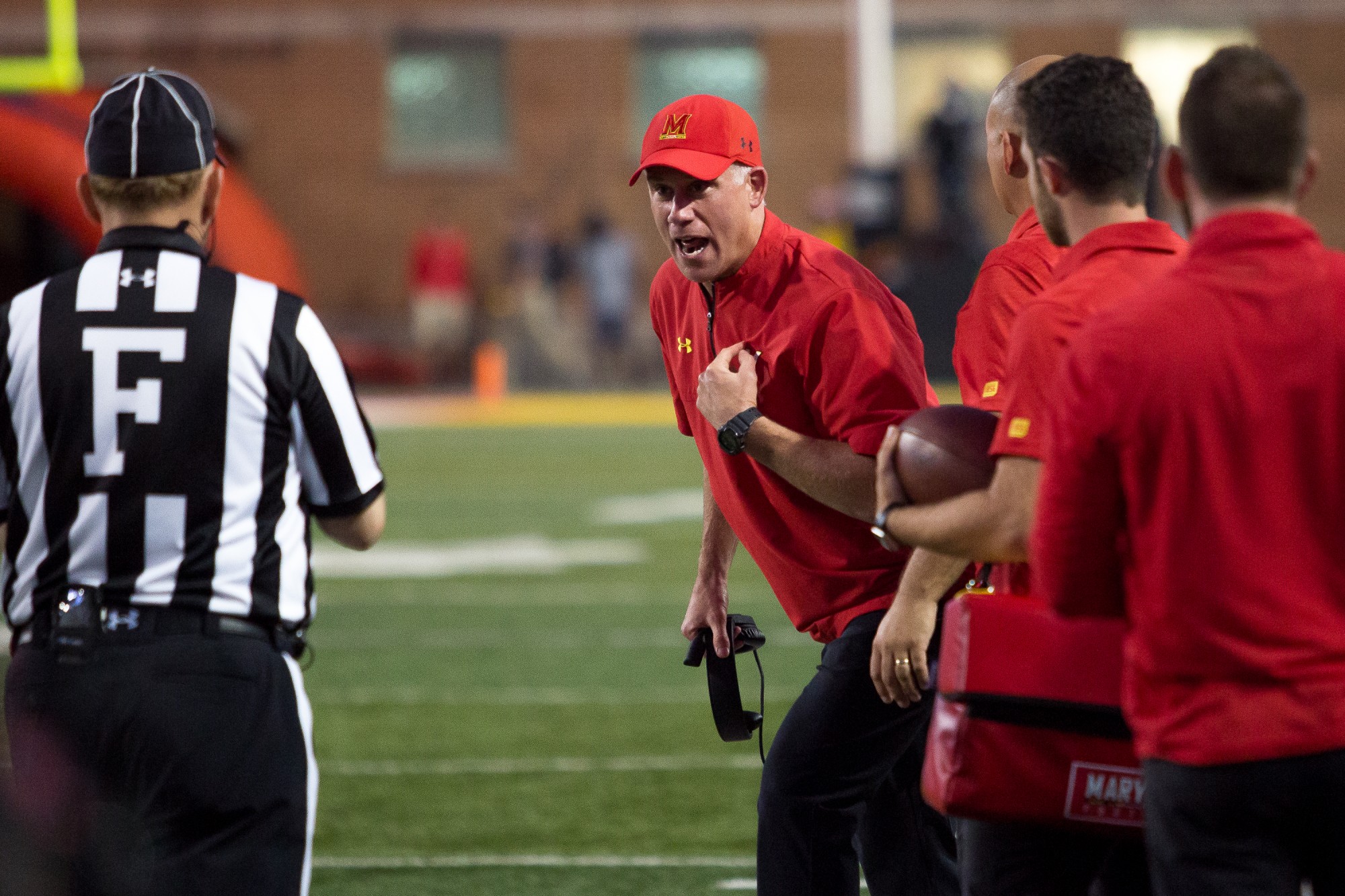 High-level Maryland athletics donors hand-delivered letters in support of Maryland football coach DJ Durkin to the University System of Maryland Board of Regents, as well as Gov. Larry Hogan, before the Board of Regents’ meeting Thursday, the Baltimore Sun reported.

Durkin was placed on administrative leave Aug. 11 after ESPN reports highlighted a team culture rife with belittlement and bullying and alleged it may have played a role in the death of offensive lineman Jordan McNair.

The Sun reported that 13 members of the high-level donor group Champions Club, plus eight current and former presidents of the Terrapin Club, vouched for Durkin. The third-year coach’s position is in jeopardy while the Board of Regents reviews two external investigations the Board voted to assume control over Aug. 17.

“We take great issue with the Maryland football program under Coach Durkin being labeled as any type of ‘toxic environment’,” part of the letter read, according to the Sun. “Many of us have had the opportunity to regularly attend numerous football practices, team workouts, team dinners and team events, to travel with the team for away football games and be on the sideline for home football games.”

Strength and conditioning coach Rick Court resigned shortly after ESPN’s reports that he threw weights at players and used other extreme tactics.

“[Court and I are] totally synchronized,” Durkin told the Carroll County Times in 2016. “He’s huge. He’s critical to all we do.”

McNair’s parents have called for Durkin to be fired.

The first external investigation, conducted by Walters Inc., is investigating the athletic department’s safety protocols and the circumstances surrounding McNair’s death from heatstroke, which has a 100 percent survival rate when treated properly.

Interim head coach Matt Canada said Tuesday that all of the assistant coaches present at the May 29 workout have met with both investigations.

“We want the Board to know what a gem they have in DJ Durkin,” Rick Jaklitsch, a member of the Champions Club, told the Sun.