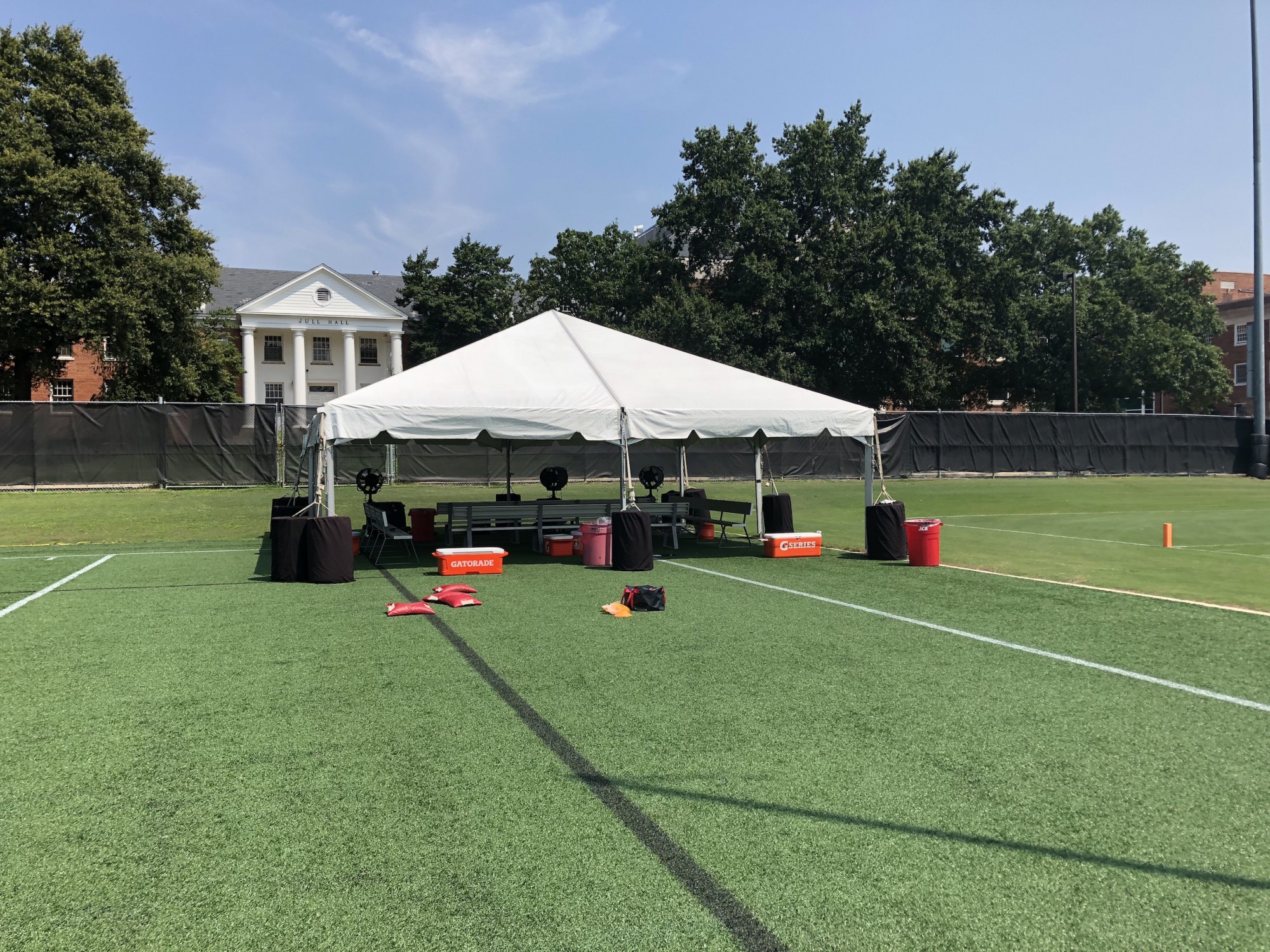 One day after University of Maryland President Wallace Loh admitted “legal and moral” responsibility for the death of football player Jordan McNair, Matt Canada waited, somewhat restlessly, for the cameras to be in place for his first media availability since becoming interim head coach.

“Obviously,” Canada began, “we’ve had a lot going on here.”

Four days prior, DJ Durkin was placed on administrative leave, and Canada — who was hired as offensive coordinator in January — took the helm.

The availability was also the first time Maryland has held an open practice since June 13, when McNair died from heatstroke he suffered at a team workout two weeks earlier.

While Canada said he wanted to “talk about our players,” the press conference hardly mentioned Sept. 1’s season opener against Texas, focusing exclusively on the fallout from McNair’s death.

Despite evidence that McNair didn’t receive proper treatment from medical staff, the school took little action over the subsequent two months. But last weekend, the negative publicity from two ESPN stories forced the university to respond, and so Canada found himself answering questions Wednesday about cooling tents, parental complaints and the culture of a program he’s suddenly in charge of.

“Our practices have been extremely crisp,” Canada said. “Our players’ health and safety is No. 1, and our players are feeling that and understanding that.”

Two white tents were on the practice field, one for the offense and one for the defense. Under them were benches, coolers full of water and Gatorade, large fans and ice buckets. After nearly every drill Wednesday, coaches called out for players to get water, and a trainer hovering near each group supplied it.

At a press conference in The Hotel at the University of Maryland on Tuesday, athletic director Damon Evans said changes have been made to practices for all sports, not just football. Next door to football’s open practice Wednesday, men’s soccer also trained, and a similar, smaller tent was visible.

Durkin, who was entering his third year at Maryland, is on leave following ESPN’s report of a toxic team culture under his leadership. So are head football athletic trainer Wes Robinson and athletic training director Steve Nordwall.

Strength and conditioning coach Rick Court resigned Monday after ESPN alleged he played a central role in the abuse players dealt with. Court was the first staffer to leave in the wake of McNair’s death.

Canada said Mason Baggett, assistant football strength and conditioning coach, has taken over strength training, and the team is using trainers who usually work in other departments to ensure the team has proper medical care.

“We’re making sure that everything is taken care of and we’ve got a great staff,” Canada said. “Our players feel good about it. My job was not necessarily to do that prior to this; now it is. So I’m involved; I’m checking on the reports and we’re all doing well.”

As a whole, Canada said, the coaching staff’s focus has been on the players. They’ve “been through a lot” and are “unbelievable kids,” he said.

The team, of course, is still grieving the loss of McNair. Canada has kept an open-door policy with his players, he said, and Evans has set up a meeting with parents of the players Saturday.

The parents and the players both share a sentiment, Canada said, even if he didn’t field any questions about it Wednesday.

“Not probably what you guys want to talk about,” Canada said. “Our parents and our players want to have a good football season. That’s what their focus is on.”