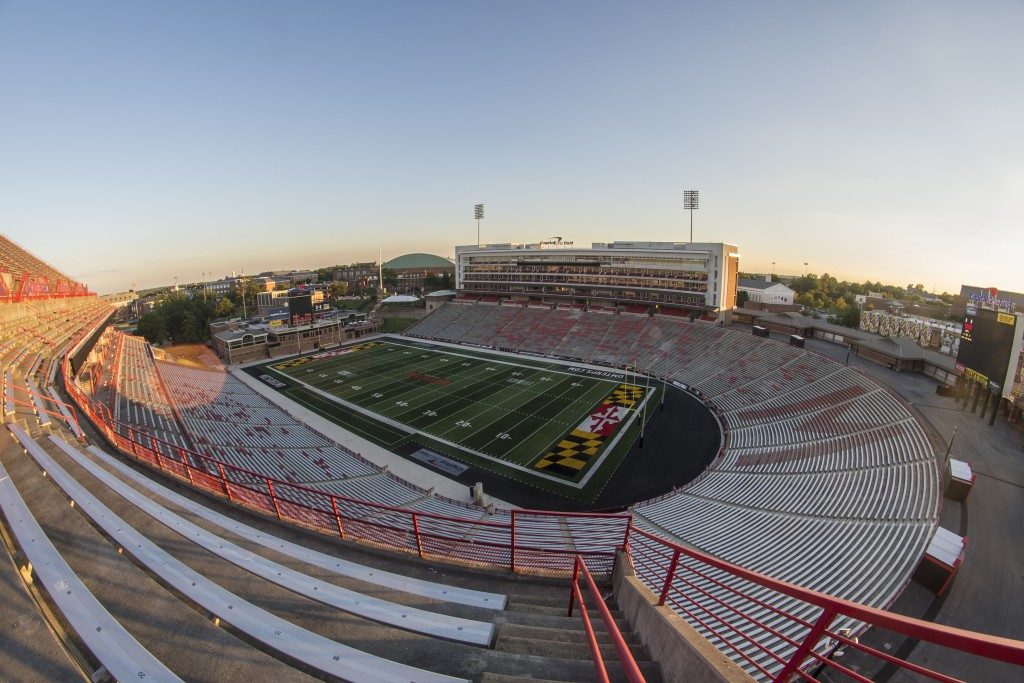 Following a stunning ESPN report detailing a culture of abuse in the Maryland football program, the team has placed the strength and conditioning coach and two trainers on administrative leave, sources told ESPN on Saturday.

Head football athletic trainer Wes Robinson, athletic training director Steve Nordwall, and strength and conditioning coach Rick Court will be on leave. The university announced Friday it had placed staffers on leaving pending the results of a review of the team’s safety protocols, but did not specify which or how many staffers.

The Maryland football program has come under fire in recent months after the death of 19-year-old offensive lineman Jordan McNair in June. McNair, a rising sophomore, fell ill of heatstroke May 29 at the team’s first workout of the summer, and died in the hospital two weeks later.

At a press conference one day after McNair’s death, Maryland athletics director Damon Evans said trainers noticed McNair had “difficulty recovering” and took him to the football team house for care after he was able to complete the workout, consisting of 10 110-yard sprints.

ESPN’s story Friday, however, cited reports from multiple witnesses at the scene that said McNair was visibly fatigued during the workout, needed help standing and was having difficulty controlling his body.

“There’s no way he finished on his own,” a player present at the workout told ESPN.

Multiple witnesses also told ESPN that following the conclusion of the 10th lap, which McNair reportedly needed the help of two teammates to complete, Robinson yelled, “Drag his ass across the field!”

Trainers then took McNair to the section of the field for position drills, rather than to the football team house, despite his head being limp at that point, a player told ESPN.

Billy Murphy, the firm’s lead attorney, said this week that a lawsuit was “likely,” claiming McNair had suffered a seizure at the practice that the school did not make public — an hour before incident reports obtained by The Diamondback show that emergency personnel arrived at the scene.

“We’re very concerned about the unexplained one hour between the time of the seizure and hyperventilating that was observed by a coach, and what happened in that remaining hour before the EMT people were actually called,” Murphy said.

In a statement Friday, the school denied Murphy’s claims.

Multiple reports have alleged a pattern of Maryland football staff pushing players far beyond their limits. Coach DJ Durkin and Court, ESPN said, have verbally abused players, doling out punishments such as forcing a player to overeat to the point of vomiting.

Court was described by a player in the ESPN report as a “ball of testosterone all the time,” someone who was “Durkin’s tool” in making the players’ lives harder.

Since his 2015 hiring, Durkin has repeatedly told reporters he intentionally schedules practices at the hottest times of day. He said in August 2016 that “the heat makes cowards out of us all.”

“Jordan knew that if he stopped, they would challenge his manhood, he would be targeted,” a current player said. “He had to go until he couldn’t.”

Murphy said McNair’s temperature was 106 degrees Fahrenheit by the time he reached the hospital. Heat stroke can set in at 104 degrees, according to the Mayo Clinic.

“If [heatstroke is] recognized appropriately and if it’s treated aggressively and effectively with cold water immersion, we’ve had 100 percent survival [in previous cases],” Rebecca Stearns, a doctor studying heatstroke in athletes, told The Diamondback in July. “[Other] cases where there’s been unfortunate deaths, sometimes it’s not recognized right away, or there isn’t medical care on-site, or there aren’t the resources or there’s a delay.”

A university athletics spokesperson declined to comment on Saturday.

CORRECTION: Due to an editing error, a previous version of the headline on this article said three coaches had been suspended. Only one of the suspended staffers was a coach. This article has been updated.