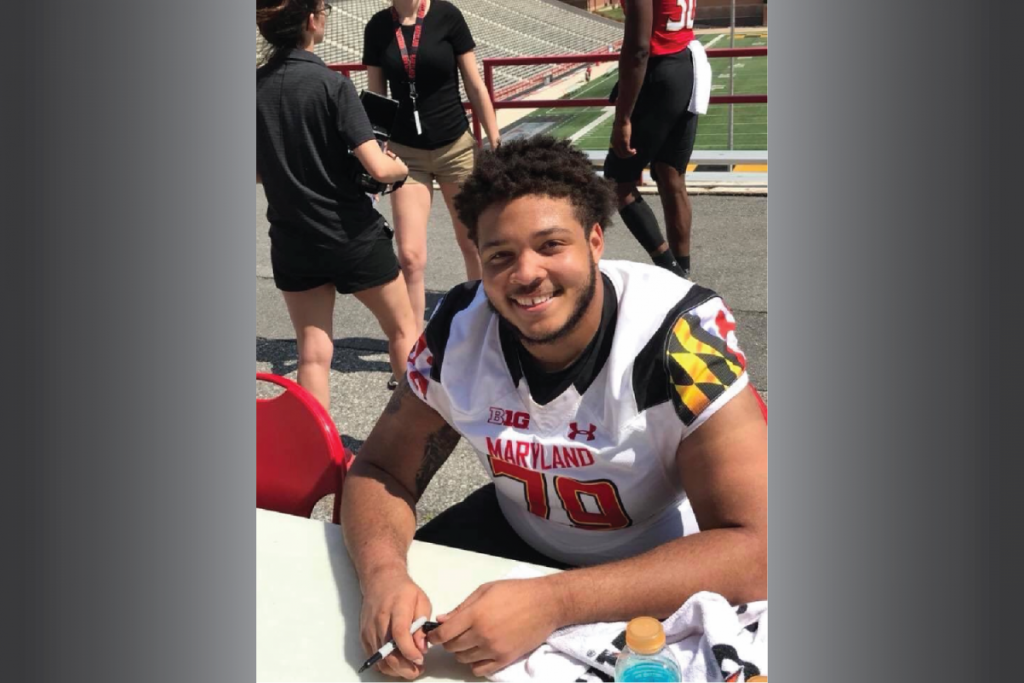 McNair, a rising sophomore, failed to recover from practice on May 29 and died two weeks later. While no official cause of death has been released, the 19-year-old’s family has attributed his death to heatstroke.

At the practice — the team’s first of the summer — the team undertook a drill of 10 110-yard sprints, which Maryland Athletic Director Damon Evans called “a basic conditioning test” at a June 14 press conference.

According to reports detailing the workout obtained by The Diamondback, players were expected to return to this practice, after a period of voluntary workouts in previous weeks, ready to meet their 110-yard sprint benchmarks “with ease.” Evans said McNair completed the workout before falling ill.

However, according to ESPN, several witnesses said that McNair fell ill well before the conclusion of the workout and needed two players to assist him in completing the 10th and final lap.

“There’s no way he finished on his own,” a player who was at the workout told ESPN.

Another player told ESPN that McNair was “flopping all around” during the workout and needed help from trainers to be able to stand.

And multiple sources told ESPN that following the conclusion of the 10th lap, Maryland head football trainer Wes Robinson yelled, “Drag his ass across the field!”

Several athletic department spokespeople did not immediately respond to requests for comment.

Evans said June 14 that following the workout, athletic trainers noticed McNair was “having difficulty recovering,” prompting them to take McNair to the football team house for further care.

Yet according to ESPN, players at the scene had a different recollection. One player said that McNair, whose head at that point was “limp to the point where it was back,” was walked over to the site for position drills by trainers.

“It was a good [distance] for a guy in his state to be walking, and it was away from the athletic training building, away from any resource that he probably needed at the time. Probably 100 percent the opposite way,” another player told ESPN.

A recording of the 911 call indicated that at about 5:57 p.m., an unidentified staff member said McNair was “hyperventilating” and “unable to control” his breath. An ambulance arrived at the scene about five minutes later.

About 10 minutes after the original call, McNair appeared to have a seizure, according to an incident report obtained by The Diamondback.

The McNair family has hired Baltimore law firm Murphy, Falcon & Murphy to investigate the tragedy. Billy Murphy, the firm’s lead attorney, told ESPN on Thursday that McNair suffered a seizure at about 5 p.m., following a team sprint exercise, an assertion that the school disputed.

“At no point before or during the external review has a student-athlete, athletic trainer or coach reported a seizure occurring at 5 p.m.,” the Maryland athletics department said in a statement.

Murphy has outspokenly disputed the university’s timeline of the events, and told ESPN that a lawsuit was “likely.”

“We’re very concerned about the unexplained one hour between the time of the seizure and hyperventilating that was observed by a coach, and what happened in that remaining hour before the EMT people were actually called,” Murphy said. “This points to an utter disregard of the health of this player, and we are extraordinarily concerned that the coaches did not react appropriately to his injury.”

The university has placed members of the athletic department staff on administrative leave, pending the final results of the investigation, according to a statement from a university spokesperson Friday. The statement did not specify which staff members.

“We will be able to speak in greater detail when the review is complete and shared with the public,” the statement read. “Our thoughts remain with Jordan McNair’s family, friends and teammates.”

The Terps were expected to have their first open practice of the fall Friday, but a team spokesman wrote in an email last night that it would no longer be open to media, though the Big Ten Network was allowed to be on hand.