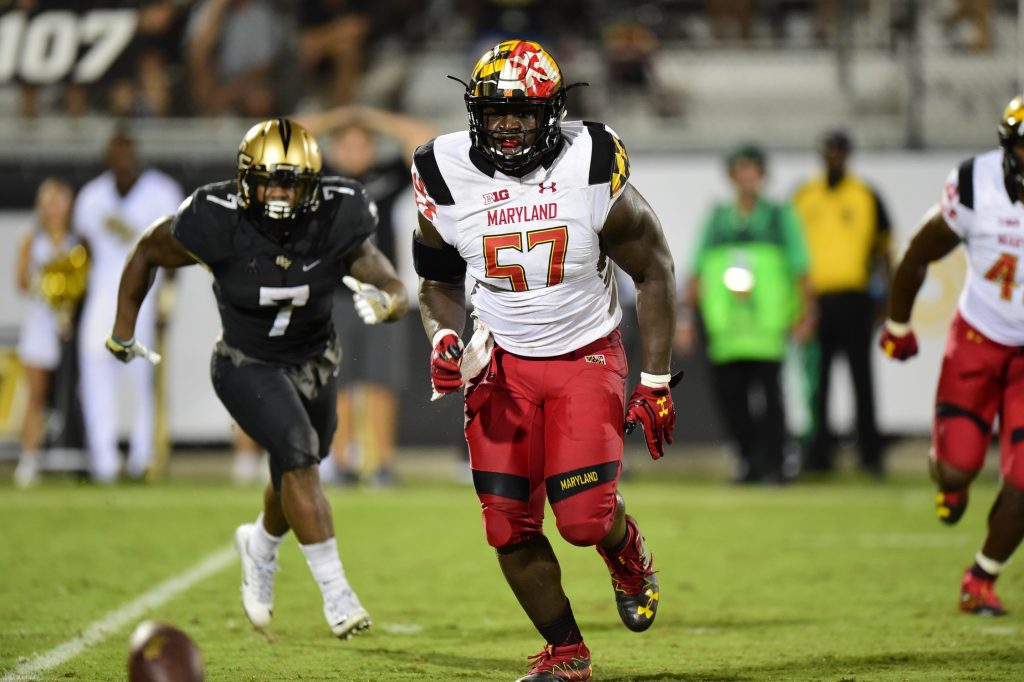 The Houston Texans signed Opara, who announced the move in a tweet. Walker signed with the Chicago Bears, according to the Houston Chronicle’s Aaron Wilson.

Before joining the Terps, Opara was a three-star prospect. An injury sidelined him during his freshman campaign, and he didn’t see game action as a redshirt freshman in 2014.

Opara appeared in every game for coach DJ Durkin over the past two seasons, making 20 starts. The Jacksonville, Florida, native recorded 67 tackles, 13.5 tackles for a loss and four sacks during that span.

“God is good not every story is perfect but it’s still my story,” Opara tweeted. “Proud to sign with the Texans.”

Walker had a similarly productive career with the Terps. Despite suffered a season-ending injury after playing in two games as a sophomore, he took the field in 50 games for Maryland over five seasons.

The former three-star recruit made a career-best 11 starts in his senior year. He ended the campaign with 38 tackles and six tackles for a loss.

Two former Terps were selected in the 2018 NFL Draft — both by the same team. The Carolina Panthers brought in wide receiver DJ Moore with the 24th overall pick and chose linebacker Jermaine Carter in the fifth round.

After the draft, another former Maryland defender — cornerback J.C. Jackson — signed as an undrafted free agent with the New England Patriots.