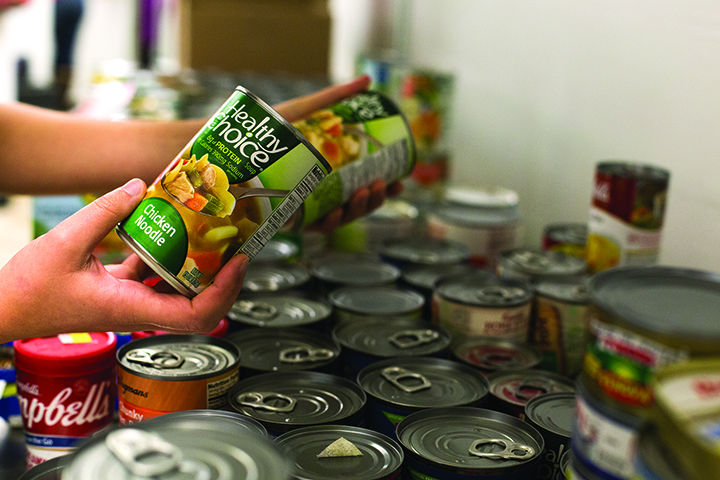 A University of Maryland public health school pilot study revealed 15 percent of students at this university suffer from food insecurity and another 16 percent are at risk of being food insecure.

Food insecurity is a condition defined by having limited or uncertain access to adequate food. The study, which surveyed 237 undergraduates students, has inspired the Counseling Center to conduct another study looking at a larger sample size of both undergraduates and graduate students, said Devon Payne-Sturges, a university public health professor and author of the study.

“Our rates are not as high as some schools, but it does suggest this is a hidden problem,” Payne-Sturges said.

A colleague of hers conducted a similar study at Arizona State University, and found about a third of freshmen were food insecure, Payne-Sturges said.

“Ostensibly, these kids are supposed to be on a meal plan, because they’re freshmen and it’s required there,” she added.

Similarly, The City University of New York has found a rate of food insecurity among their students at roughly 39 percent, according to an April 2011 study conducted by The Campaign for a Healthy CUNY.

Given the sociodemographics of some other schools, the higher rates of food insecurity makes sense, Payne-Sturges said.

“For example at CUNY, that system is huge and it includes many community colleges, so I wasn’t surprised the very high rates they were finding,” she said.

The survey asked the same questions the U.S. Agriculture Department uses regularly to assess food insecurity, “and all these other studies done on college campuses use [the questions] as well,” Payne-Sturges said.

“I noticed that around here in College Park, there’s an awful lot of construction of new housing, but they’re pretty luxurious,” she said. “I looked up some of these prices, and I just couldn’t believe it … we did find a correlation between food insecurity and people finding issues with housing.”

A larger study — that will be led by the Counseling Center and funded by the division of student affairs — in October aims to clarify the scope of students afflicted with food insecurity, said Allison Tjaden, Dining Services assistant director of new initiatives and a coauthor of the original study.

“Part of what we want to do in understanding that scope is find out if the Campus Pantry as it exists right now is effectively meeting that need,” Tjaden said.

The Campus Pantry has offered emergency food to students and staff since October 2014, thanks to a partnership between Dining Services, the University Health Center and the public health school, Tjaden said.

If more need is found through the larger study, Tjaden hopes to expand the services offered by the Campus Pantry. As it stands, the program is only allotted half a conference room in the University Health Center to store and distribute food, she said.

“Certainly, when that conference center was designed, it was not built to be a food distribution site, so there’s no space for things like hand sinks, refrigeration or freezers,” Tjaden said.

The need for refrigeration has been a recurrent issue, said Jane Jakubczak, campus dietitian and a Campus Pantry consultant. The Farmers Market at Maryland and Terp Farms has offered the pantry eggs, milk, fresh produce and other perishables, but without adequate refrigeration, the items won’t last long.

“There are lots of healthy foods that can still be nonperishable, but there are certain food groups that make it more challenging, for instance fruits and vegetables,” Jakubczak said. “Although, we are providing more fresh fruits and vegetables because sometimes the farmers market will donate some leftover produce.”

As far as expanding the pantry, the problem administrators encounter is one of sensitivity, Jakubczak said.

“A lot of people who have had to rely on it are self conscious about it,” Jakubczak said. “We’ve really struggled with this the last two years. If we had it out in the middle of, let’s say the Stamp Student Union, chances are the people in need may not feel as comfortable walking in.”

The need to advertise the Campus Pantry, while protecting the privacy of recipients, is an ongoing issue for those involved in the project, Jakubczak said. However, she hopes this larger study will draw more attention to the issue and dial in on the demographics of students afflicted so they can more precisely advertise.

The results of the larger study will be discussed at the end of the semester between all the project’s stakeholders, Tjaden said. They will then decide the best course of action to address the issues they find, she said.