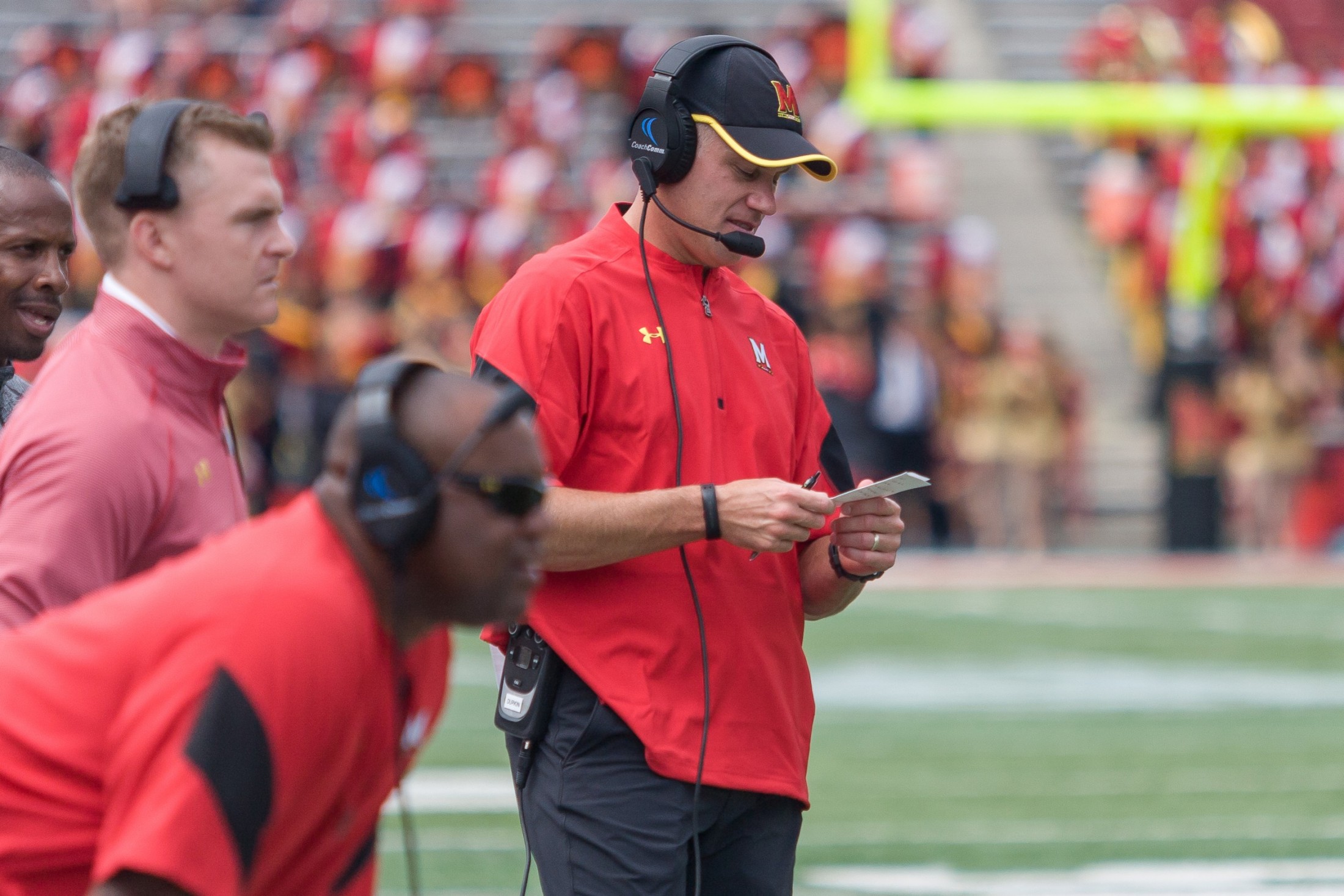 It became a dreadful cycle for Maryland football fans. Play a ranked opponent, lose, hope to bounce back the following week.

Those steps had been on repeat since Nov. 28, 2010, the day after Maryland defeated then-No. 21 NC State. Between then and the Terps’ season opener versus No. 23 Texas on Saturday, Maryland lost to 17 straight ranked opponents, the third-longest active streak by a Power Five team.

But two new coaches have circled through College Park since 2010, and the one manning the Terps’ sidelines now was destined to snap Maryland’s woes versus superior foes. Only most observers didn’t think it would come in his second year on the road against a historic program.

Since he was hired in December 2015, coach DJ Durkin has discussed his vision of creating a top-caliber program in College Park, and you’d be foolish to not buy into his plans after Saturday. The Terps’ victory over Texas is the program’s biggest statement win this decade, and perhaps its most important victory since 2001 — when Maryland trudged its way to the Orange Bowl.

“It was a breakthrough moment because we worked so hard for this,” wide receiver D.J. Moore said. “Nobody really knew what to expect when we came out there.”

Durkin calmed some of that uncertainty by fulfilling one of his first promises before Saturday, bringing in the program’s best-ever recruiting class this season. But talent doesn’t always spur success. Durkin also needed to prove he could compete against top college football coaches.

On Saturday, Durkin was opposite Tom Herman, one of college football’s most creative young coaches. After Herman gave opposing play-callers headaches for two years as Houston’s leader, Texas chose him to return the program to national supremacy after three straight losing seasons.

Durkin had other plans for Herman’s debut. He toyed with the Longhorns prodigy, and each time Herman seemed to have the Terps in check, Durkin utilized a different strategy.

The 39-year-old’s acumen and recruiting prowess came together at the most crucial point of the contest. With the Terps ahead by three and facing a third-and-19 with under nine minutes remaining, Durkin put his trust in quarterback Kasim Hill. A freshman four-star recruit from St. John’s College High School in Washington, D.C., Hill was playing his first college game after replacing injured starter Tyrrell Pigrome.

After Maryland ran on three straight plays, Hill converted a 40-yard pass to Moore. The newcomer rushed in the difference-making touchdown two plays later. While the quarterback position has plagued the Terps for years, Durkin may have finally brought an NFL-caliber signal-caller to College Park.

“Last year, we wouldn’t have been ready,” linebacker Jermaine Carter said. “This year we were so familiar with the defense that it was just the next man up.

“We had our ups and downs in the game, but coach always tells us to never flinch.”

The Terps sure seemed to flinch at times last season, when ranked opponents outscored them 149-13 and they failed to beat a Power Five team on the road. This year’s mix of coaching, talent and grit was even harder to find between 2011 and 2015, when Randy Edsall commanded the program.

Maryland sometimes beat traditionally strong programs, such as Miami and Clemson, when it was in the ACC. But the Terps hadn’t gone into a storied nonconference foe’s stadium and spoiled its day — and likely weeks for Longhorns faithful — since … well, it’s been awhile.

You might have to revisit Maryland’s win at Pittsburgh to open the 1986 season, but the Panthers’ continued success still doesn’t compare to that of Texas.

“You try and measure these things, and you like to say you know where your team is,” Durkin said, “but you don’t really know until you get out there and get in the fire.”

Here’s one statistic to measure the Terps’ development: Their 51 points Saturday were their most ever versus a ranked opponent.

Usually, only conference contenders put up numbers like that.

We’ve heard Durkin use those words before when describing his squad’s ambitions. Maybe he isn’t that crazy after all.