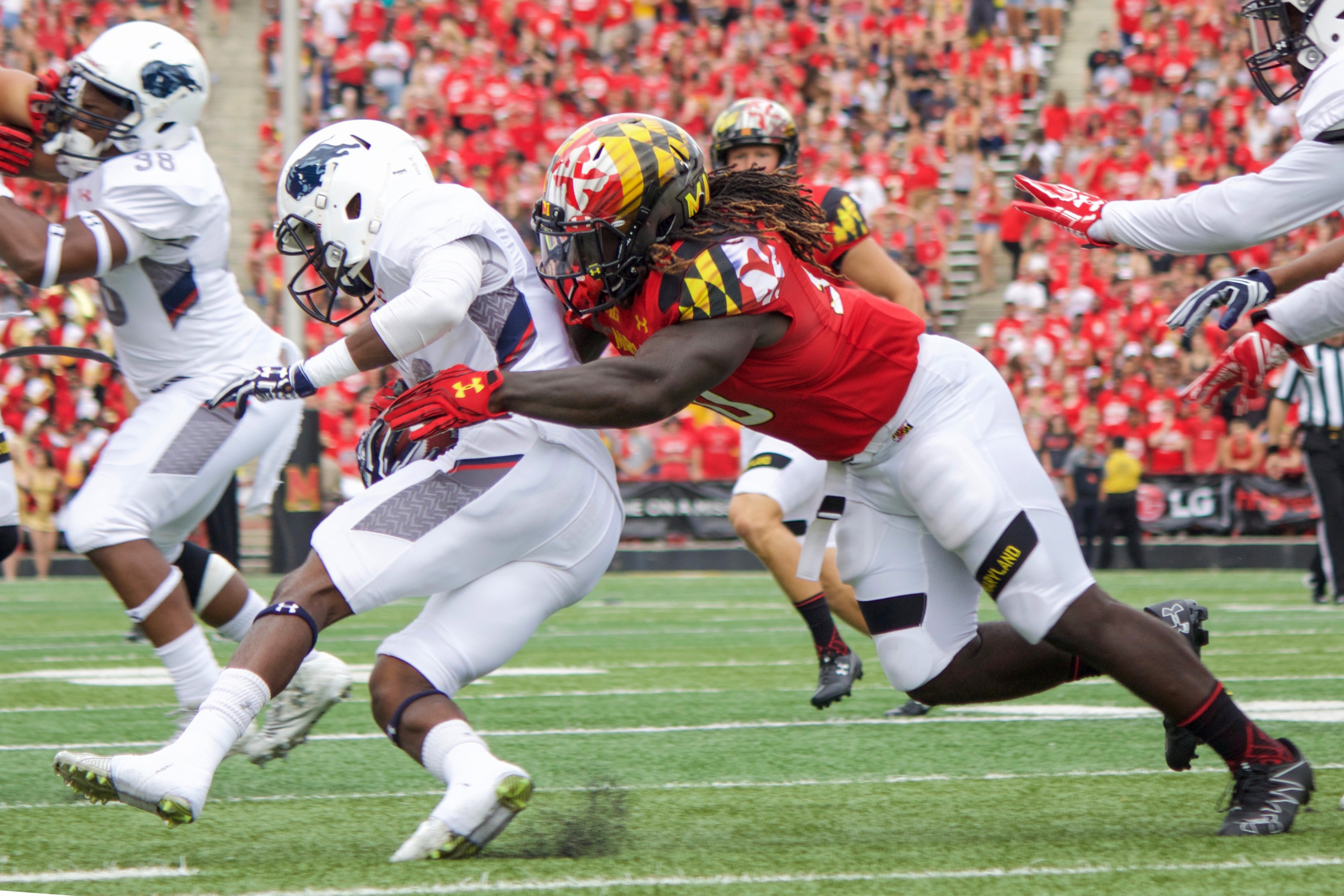 During the preseason, coach DJ Durkin’s first with the Maryland football team, he preached for hard work, sound fundamentals and constant effort. After all, he inherited a team that posted a 3-9 record a year earlier and suffered a talent gap from the upper echelon of its Big Ten competitors.

While the disparity has shown in the Terps’ past two losses — opponents have outscored them by a combined 115 points — Durkin’s belief in his original principles hasn’t wavered.

With this in mind, he stood at the podium in Tyser Tower on Tuesday afternoon and knew the exact two qualities the team would focus on entering Saturday’s game against Nebraska, Maryland’s third consecutive outing against a top-25 foe.

“Technique and effort,” the rookie leader said, repeating the phrase. “That’s what our program’s built on when you start back on day one, I believe. It’s how we made great strides as a team. We focused solely on technique and effort, teaching guys the fundamentals of playing their position and getting them to play hard.

As the Terps pushed through a grueling fall camp, Durkin tried to create hardships as practice for when adverse situations popped up. He scheduled practices at the hottest times of the day and claimed his regimen was one of the most physically demanding of any team in the country.

Though he didn’t know it in August, one of the team’s most tumultuous moments struck just before facing Ohio State.

The team announced about an hour before the game running back Lorenzo Harrison, wide receiver DJ Turner and linebacker Antoine Brooks were suspended indefinitely for violating the student athlete code of conduct.

This university’s police department announced Wednesday Harrison and Brooks have been charged with three counts each of second degree assault and reckless endangerment for the BB gun incident on the campus.

Brooks was not charged and is no longer suspended.

“There are distractions and as we keep growing as a program, you’ve got to learn to get over those distractions,” Durkin said after the 62-3 loss. “Then [to] really even play at a higher level because of it is really what you do when you become a great team.”

In Harrison’s absence, the Terps recorded their lowest rushing total (47 yards) of the season against the Buckeyes’ stout front. For the second consecutive week, the backfield, which paced the Terps to a 4-0 start, failed to eclipse 100 yards.

It’s one of the aspects the coach wants his squad to improve, admitting it has strayed from some of the qualities that made it successful earlier in the season.

That’s why Durkin said the Terps plan to arrive in Nebraska feeling “like we’re back in training camp.”

“It’s going to be something crazy,” running back Kenneth Goins Jr. said Tuesday afternoon before practice. “Preseason was a lot of hitting, a lot of running at each other, keeping your hands inside, things like that. So yeah, that definitely will help us then.”

“A lot of hitting and a lot of running everywhere, but it’s football,” defensive lineman Roman Braglio added. “You’ve got to get back to what we did.”

That approach focuses on the two qualities their leader harped on before the team’s first full practice of the week.

“We somehow allowed the circumstances to change how we played,” Durkin said. “We did, and so it’s getting back to the technique and fundamentals — just playing how we play and not worrying about everything else and who we’re playing or whatever.”