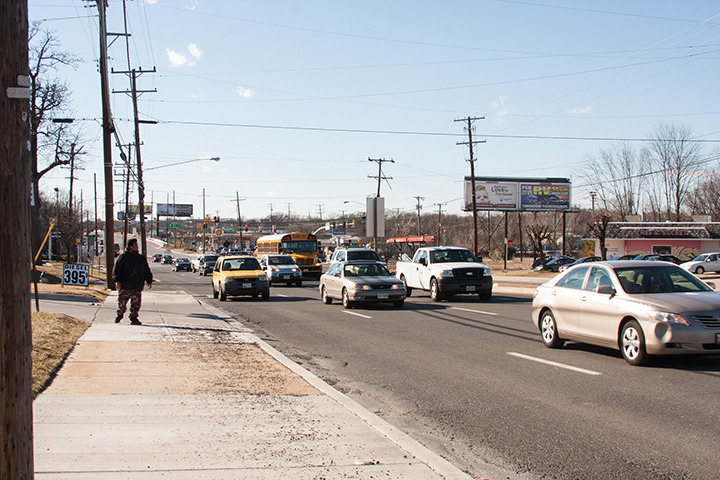 A construction project that would bring bike lanes to Greenbelt Road is set to begin soon.

State Highway Administration officials presented a plan at the Feb. 18 City Council worksession meeting to repaint the road to include bike lanes.

The plan is part of a larger effort on behalf of the city and the state to make College Park more bike-friendly. Other initiatives include installing Capital Bikeshare stations, which are expected to arrive this year, and requesting that area developers contribute to improving local “bikeability,” District 1 Councilman Fazlul Kabir said.

However, local lawmakers are not content with the latest Greenbelt project. The plans indicated only paint markers, not a physical barrier, separating the bike lane from car traffic. At Tuesday’s work session, other ideas for how to protect bikers included a rumble strip, tinted asphalt and a wider lane.

“We really want to see bike lanes, but we have some concerns about the safety of the bikers because of the proximity to the travel lanes,” Kabir said. “The way the SHA presented it, it looks like the design has been finalized. But we asked for more guides on the SHA side.”

SHA officials said the plan conforms to the state’s bike lane guidelines. While the mandatory lane width is 4 feet, the width of the lanes on Greenbelt will be 5 feet.

“We are accommodating bicyclists within the limits of our project,” said Venu Nemani, the SHA representative who presented the plan. “The bicycle policy guidelines were formed with considerable input from the bicycle community.”

Bike lanes are already in place on Rhode Island Avenue, and those on Greenbelt Road will provide a connection to the campus. Kabir said he hopes the increased maneuverability will attract students and residents.

“If you have more bike lanes, it will encourage more residents and more students to take these bike lanes and be more active,” Kabir said. “In College Park, for example, many students will most likely be using bike lanes to get to campus.”