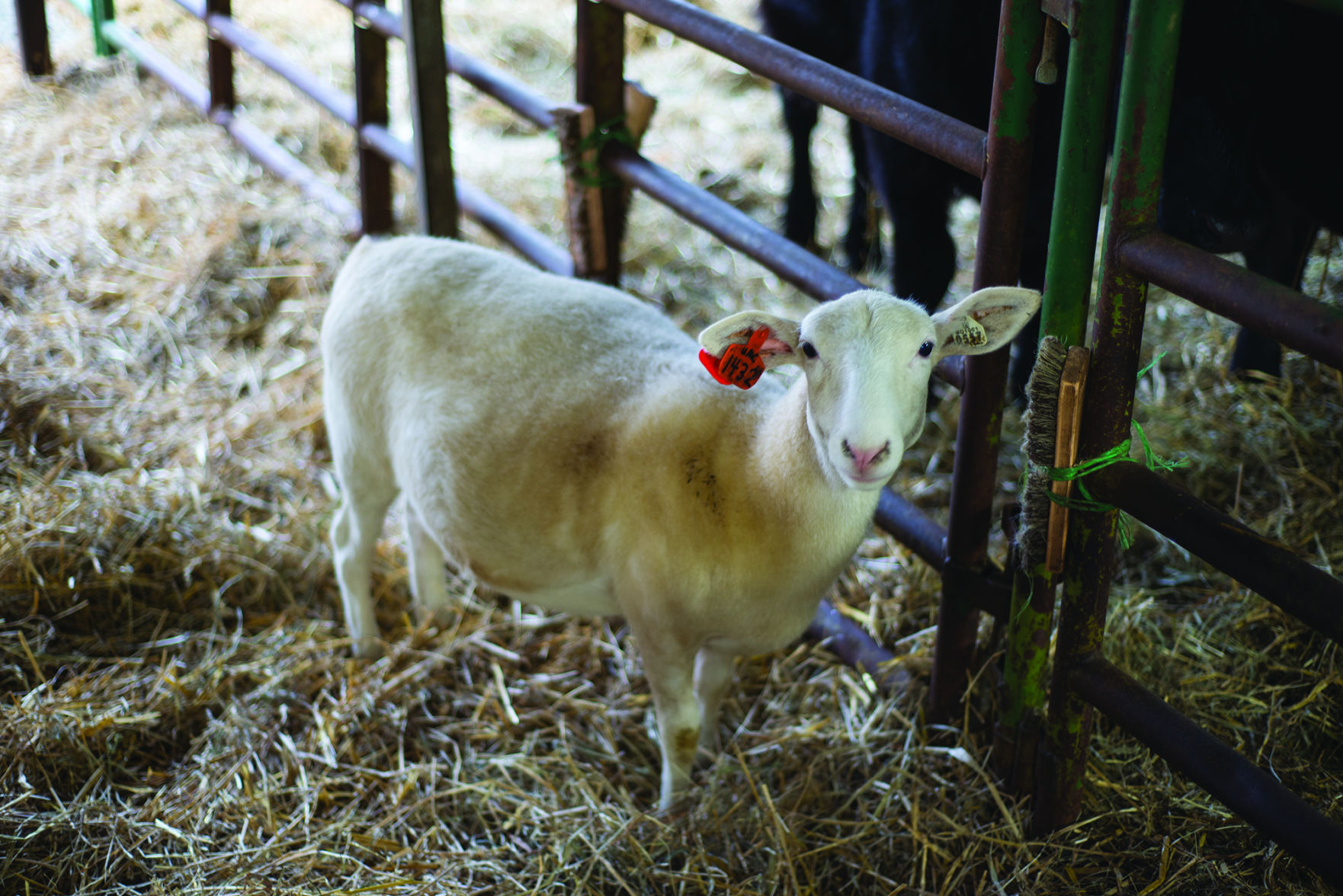 A lamb, born in march, in the barn of the north campus farm.

A lamb, born in march, in the barn of the north campus farm.

The lambs born and raised on the Campus Farm last spring will have a new home in November — the plates of 251 North.

Dining Services purchased 14 lambs in March from the agriculture and natural resources college and is serving 12 of the lambs — which went to slaughter in June and have been frozen since — in 251 North the week of Nov. 3. The remaining two lambs were sold and used last week by the Green Tidings food truck in braised lamb sandwiches.

Sophomore animal sciences major Jessica Wooleyhand, who took the course last semester and raised twin lambs, said students were warned their lambs would be sold for their meat.

“My lambs were adorable, almost like little puppy dogs. I knew it was coming, but it was still hard because I formed a bond with them,” Wooleyhand said. “They did a pretty good job preparing us that some of our lambs would be sold for meat.”

Wooleyhand said because most of the lamb is being sold for meat anyway, she is not upset that the lambs will be used for specials on the campus.

Crystal Caldwell, Campus Farm coordinator, said that most of the male lambs on the Campus Farm are sold for slaughter or auction and the females are used or sold for breeding.

“All animals are wonderful and the fact is that you are always killing wonderful animals. Is it really terrible that you knew this one?” Caldwell said. “[Students] are eating burgers and steak. This lamb is no different, except that we know these animals have had wonderful lives.”

“So much lamb we eat in the U.S. is imported from other countries, but getting lamb produced on these farms reduces the carbon footprint,” Began said. “We’re really just trying to emphasize that students should know where their food is coming from. It’s important to have food that is local and food that is humane.”

While many students are concerned with eating organic and locally grown fruit, Began said students tend to ignore these concerns when it comes to eating meat.

Allison Lilly, sustainability and wellness coordinator for Green Dining, said Dining Services purchased the lamb after Sarah Balcom, who teaches the lecture portion of ANSC235, suggested the idea in March. The lambs were sent to slaughter early in the summer, and together with Executive Chef John Gray, Lilly said they decided November would be a good month to feature the heavy dishes planned for the meat.

“We’re trying to shift the conversation about where our food comes from,” Lilly said. “It’s a wonderful opportunity to celebrate wonderful food and it enhances the dialog.”

“Do they mind eating that lamb that they passed by at the farm and that other students have raised? That what we’re looking to find out,” Gray said.

“As animal science majors, we are conditioned that the animals that we may get close to are made to provide food,” Gillis said. “You can now see the different steps of making your food and where the food comes from.”

Lilly said purchasing the lambs from the university also allows Dining Services to contribute back to the campus community. Dining Services can also save up to $3.20 a pound on meat by buying campus crop, according to Gray.

“We are definitely excited to see how the event goes, and if it all goes well, we are certainly hoping to do it again,” Lilly said. “We have the potential to purchase cows. Once we have done this once, we will have the opportunity to expand the program a little bit.”