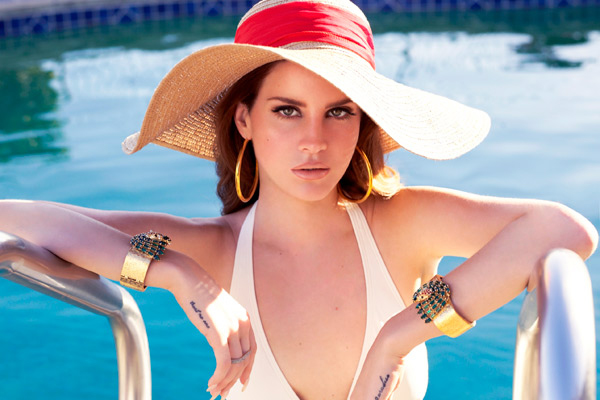 Love her? Hate her? Everyone has an opinion on Lana Del Rey.

Love her? Hate her? Everyone has an opinion on Lana Del Rey.

The debate on Lana Del Rey is nothing new. After she tanked a performance on Saturday Night Live, the hipster manic pixie dream girl sprang from the fringes of pop culture to become one of the most loved (by indie girl wannabes) and hated (by music bros who quiz you on the more obscure Magnetic Fields albums) cultural goddesses of our time.

And now, with the release of her new album, Born to Die: The Paradise Edition, Del Rey is once again in the cultural spotlight. Why do we love to hate — or hate to love — her so much?

It is clear Del Rey is a commercial creation. This is nothing new in American pop culture — think Britney Spears, Aaron Carter, One Direction — but what was new about Del Rey was she was commercially tailored to be “different.” She was supposed to appeal to musical elitists through her persona: She was the girl you could listen to Velvet Underground 45s with.

Del Rey’s videos and aesthetics attempt to make suburban life feel meaningful, especially in the way she presents modern America in her videos. Del Rey primarily focuses on the visual aspect of musical stardom. Her music leaves much to be desired, especially live.

The lack of quality music is what Del Rey’s target audience struggles with: Does her lack of authenticity invalidate her as an artist? Does it matter that she’s essentially an avatar for someone else’s music? Is it OK to love a corporate creation?

Del Rey has been sold as an indie artist, which is why many have a hard time putting her into the same auto-tuned box as Katy Perry or Nicki Minaj. She has the same commercial tactics as these pop divas, but uses them to different ends. The rumored lip job, the overtly auto-tuned music and the H&M deal go a long way in discrediting her, however. None of it is really all that “indie,” which is why there is so much controversy surrounding her.

But what is indie, anyway? It’s ridiculous to like a band just because of its hipster cred. The personal lives of artists are irrelevant; we should be paying attention to their art, not their background.

That said, it should not be taboo to like Del Rey. Yes, she uses electronic effects to alter her sound. But if that sound is something you like, why not enjoy it anyway?

This idea shouldn’t just be applied to Del Rey, though. Commercial tactics should be swept aside — in the big scheme of things, does authenticity matter more than quality? Music should simply be enjoyed for what it is — just sound, not the marketing surrounding it.