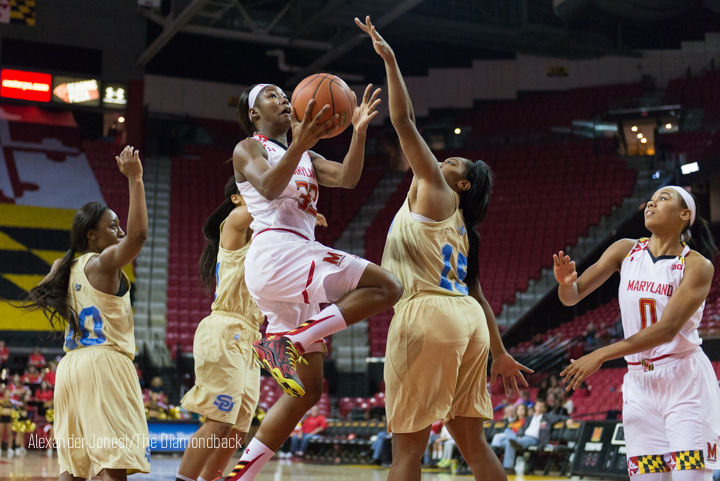 Maryland women’s basketball reserve forward A’Lexus Harrison plans to transfer away from the program after she graduates this summer, the school announced Friday.

“I just want to thank all of my teammates, coaches and the staff who helped me at Maryland,” Harrison said in a statement. “I’ve grown as a person, as a player and I am so proud to have my degree. I’m excited for this next step in my life.”

The redshirt sophomore, whose averaged 1.8 points and 2.6 rebounds over two seasons, will graduate in three years making her immediately eligible to play for another program next season.

“We are really proud of A’Lexus for earning her degree in three years and appreciate all of her hard work and her commitment to our program over the past three seasons,” coach Brenda Frese said in a statement. “We wish her all the best in her next endeavor.”

Harrison was ranked the No. 70 overall player in the class of 2013 by ESPN, and she redshirted her first season in College Park. The 6-foot Baltimore native struggled to earn consistent minutes over the next two seasons, though.

The Terps, who also lost four seniors after the season, welcome the nation’s No. 1 recruiting class to College Park next season. Six players have signed, five of which are five-star recruits.