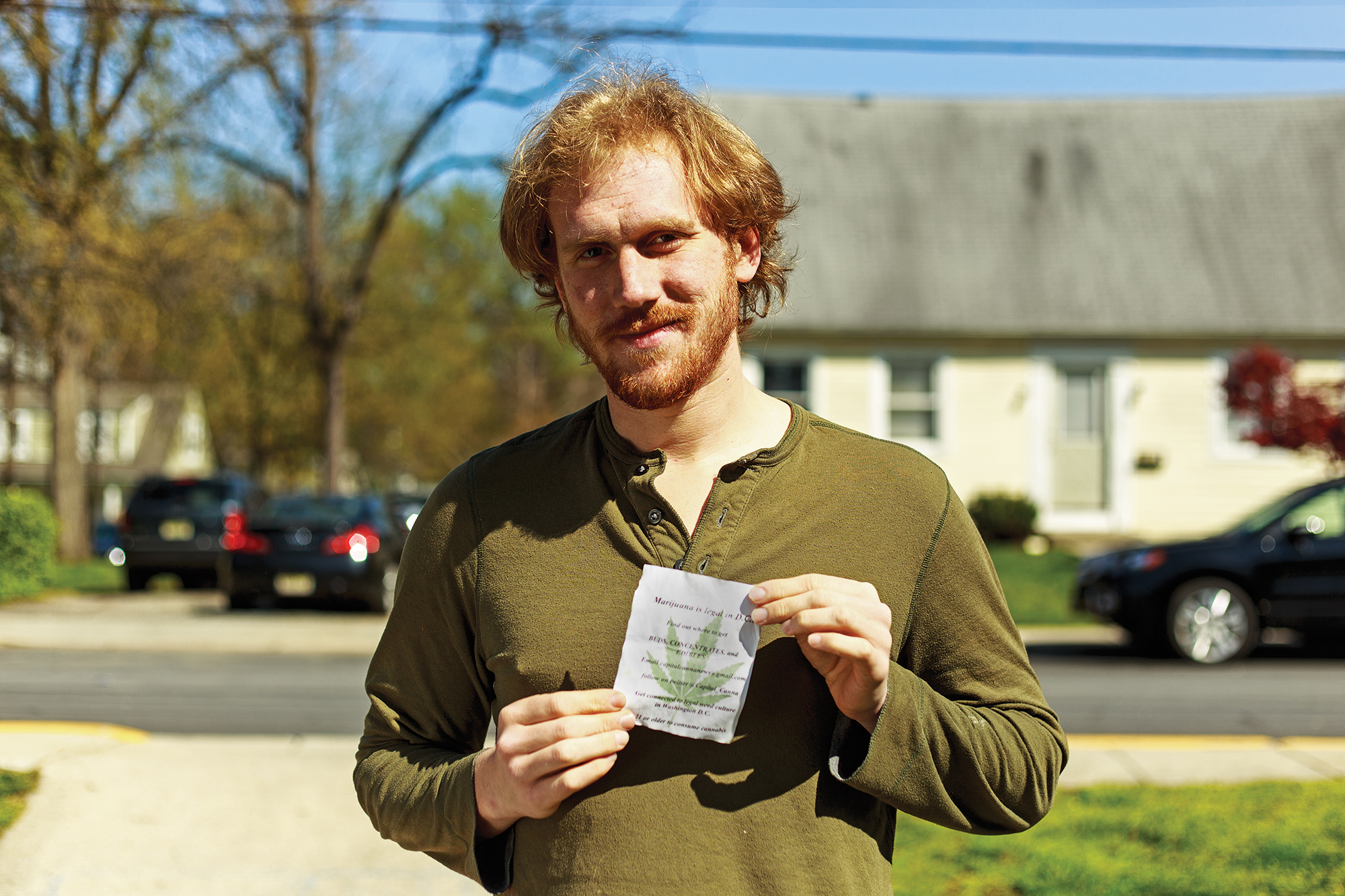 When Stephen Barber hopped on the Green Line to shoot some video of Washington’s Capitol CannaShow in February, the senior journalism major had no idea it would be the start of something new for him.

Barber, who used to work for The Diamondback, isn’t shy about his love for pot. The show got him thinking — maybe he could take his passion beyond the high. He started Capital Canna News, a news source for the latest on marijuana policy, events and local buzz that would serve the “vibrant and exciting community” of Washington cannabis users.

“I’d been an enjoyer of cannabis for a long time now, and this was my first experience being in a place where it was legal,” he said. “I saw that there was just huge untapped potential for a whole variety of business and journalistic enterprises.”

Since Capital Canna News’ inauguration early last month, Barber has taken his broadcast journalism skills to the D.C. subculture, creating 11 YouTube videos and interviewing growers and activists who handed out free cannabis outside a Veterans Affairs hospital. But now he’s gleaning the audience for his media source from closer to home.

“There’s a lot of people in College Park that love smoking pot, and I figured they would be just as interested and thrilled about what was happening in D.C. as I was,” he said.

He’s put up fliers and started an email list as ways of gaining a following while a website is under construction.

While one focus of Barber’s is to make students aware of cannabis that can be available to them, another is to showcase the news while making money. He envisions the site becoming a local leader in cannabis news, he said.

“I want to familiarize people in the area about these brands, familiarize them with the fact that they can go into the city, get all of the edibles and concentrates and the marijuana that their little pothead hearts desire,” he said.

While marijuana is legal in Washington, it isn’t as simple as walking into a pot shop — growers are not permitted to sell what they make.

Other states “are allowing commercial production and promotion,” he said. “What we have in D.C. might actually be the right kind of legalization.”

But Reuter said legal marijuana doesn’t need to be advertised, and he does not believe it is beneficial for public health or the community in general.

“I think it should be available to people who want it and you shouldn’t have to run the risk of being arrested for using marijuana,” he said.

D.C. marijuana laws say a person can grow up to six plants but not more than three mature plants for personal use. But most users won’t want to go through the trouble, Reuter said, and while College Park students live temptingly close to Washington, they can’t actually legally buy the substance or grow it in Maryland.

“Unless they’ve got a friend in D.C. who wants to give it to them, there’s no loophole,” Reuter said. “You cannot legally buy marijuana in D.C.”

Like Barber, others in the area are planning for the day when pot is a booming industry. Anne Arundel Community College professor Shad Ewart said he started receiving requests for a class on the economics of marijuana and created one about five years ago.

While he doesn’t discourage students from applying for growing licenses, he said the money is in supporting industries. He compared it to the gold rush — some people find nuggets, but the cash is in the “picks and shovels.”

“If one is selling T-shirts or stickers or rolling papers or accounting systems or all the other businesses that are necessary to support the licensed growers, processors, dispensaries, you are not restricted in any way,” he said.

Barber said while he understands the current laws, he’s also seen firsthand how they play out. He’s banking on new regulations within the next few years, and when the laws change, Capital Canna News will be in prime position. As for promoting the purchase of marijuana, he’ll let students make their own decisions about what to do with his content.

For now, Barber is working by himself, heading to Washington whenever he has time between classes. But he said Capital Canna News will soon have office space and a studio.

While his studies at this university have taught him to carry no agenda, the idea of creating a brand — whether weed or journalism — is important to him. He wants Capital Canna News to be the vital link between distributor and consumer.

He said he wouldn’t mind building a team of journalism students to work together, but he thinks other students don’t respect the style of 21st-century digital news he’s aiming for.

“While I applaud the pure-hearted journalist, the economics of the business really leave your hands tied,” he said. Other student journalists “either don’t understand what I’m doing, or they look at it with a very dim view. … It’s really shifting from being a bunch of giggling stoners to being serious, serious business.”