‘Cherish what you have now’ 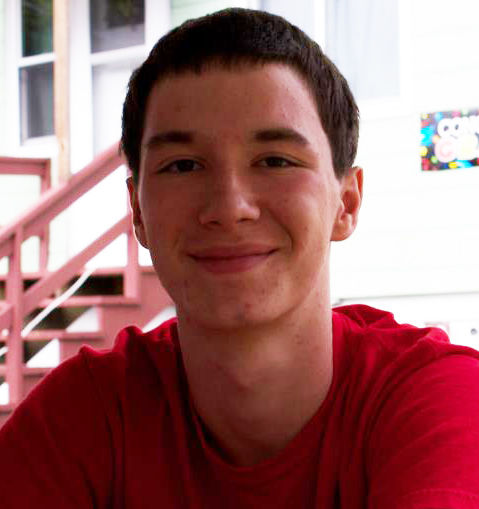 A filmmaker, fraternity brother and campus tour guide known for his eager greetings, welcoming spirit and perpetual smiles, Lowell Ensel died Monday afternoon after a medical emergency on a Shuttle-UM bus. He was 20.

His parents and authorities do not know the exact cause of his death, but Ensel had been having trouble breathing recently and had visited the University Health Center.

Ensel had difficulty breathing aboard a Shuttle-UM bus at about 1:49 p.m. Monday, and responding paramedics tried to perform CPR, said Mark Brady, chief spokesman for the county Fire/EMS department. Ensel was declared dead at Washington Adventist Hospital in Takoma Park.

He was on his way back from urgent care when he collapsed on the bus, his mother said.

He is survived by his parents, Ellen Ensel and Fenwick Anderson.

Ensel lived this way in everything he did, his best friend Trevor Gibson said, from being a campus tour guide with Maryland Images, a brother in Beta Theta Pi fraternity, a member of the Honors Humanities program, an intern on Capitol Hill, a baseball enthusiast and a friend to many.

Ensel was born in New Haven, Connecticut, but his family moved to Takoma Park soon after. Ensel attended Montgomery Blair High School, where he played baseball all four years.

“His infectious smile and his hard work and his attitude … he was never going to quit; it didn’t matter what the score was,” said Eric Zolkiewicz, the school’s varsity head coach. “He was just a really great kid, somebody that if you got to meet you were a lucky person.”

The team commemorated Ensel Wednesday night at their playoff game with a moment of silence and his number painted on the field. The players wore their pants rolled up to their knees with high socks — the way Ensel used to dress for games, said Gibson, who was also his teammate, and has known Ensel since they were three.

In memory of Ensel, the team’s captain will always wear the number five, Zolkiewicz said.

Ensel came to this university on a Banneker/Key Scholarship, studying film studies and government and politics.

He recently won the Honors Humanities Keystone Prize for his film In the Midterm, a project he worked on consistently for seven months, writing, editing, filming, directing and producing.

The film depicted the importance of friendships in college despite the party or situation, which his family and friends said is exactly the legacy he left behind.

To honor his life, the Honors Humanities program has decided to rename the award the Lowell Ensel Keystone Prize, which will be awarded annually to a superior keystone project.

Anderson, his father, said he remembers showing Ensel his first film when he was a little more than a year old, Gumby: The Movie, and he said his son didn’t take his eyes off the screen.

Ensel made his first film, a continuation of his favorite movie The Godfather, for an eighth-grade class, which sparked his interest in the medium. Later, he would frequent screenings of classic movies with his dad at the American Film Institute Silver Theatre and Cultural Center in Silver Spring.

He brought his positive attitude to everything he did, even early morning Metro rides to Capitol Hill, said Alex Davidson, who interned with Ensel in the office of Rep. Mike Bost (R-Illinois) and was in his fraternity.

“In Beta, we talk about having men of principle, and we really have five values that we hold to, and he really was the embodiment of them,” said Davidson, a senior Chinese and government and politics major. “You talk about trust and respect and integrity, most of us try to hit the mark but he was a pillar.”

Bost honored his intern Wednesday on the floor of the House of Representatives, meaning Ensel’s memory was immediately recorded in the Congressional Record in the Library of Congress.

“Lowell’s love of life had a big impact on our office as well,” Bost said in his speech. “He handled every project given to him with a positive attitude and a smile on his face.”

Gibson said seeing the response from so many people, including about 200 who attended a memorial gathering on McKeldin Mall Monday night, shows the type of guy Ensel was. Gibson used to tease him for constantly saying “hi” to everyone around the campus.

“Anyone he knew, he touched,” said Gibson, a sophomore environmental science and policy major. “It’s really too bad that we lost such a great person. … With Lowell it wasn’t like, ‘I meet someone, and then I move on.’ [It was] ‘I get to know them better; I say hello to them when I see them.’ He cared so much about everyone around him and about the world.”

Students are hosting a viewing of his film in Hoff Theater on Sunday at 4 p.m. and a visitation after at Memorial Chapel at 6 p.m. The family is planning a memorial service for the last weekend in May.