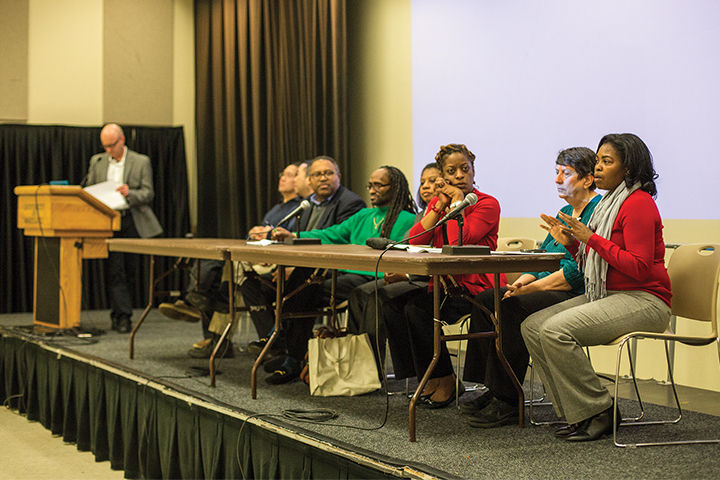 Most people feel uncomfortable suggesting a sexual partner should get tested for HIV or even asking for their own HIV test.

Working around stigmas to promote prevention and awareness leaves many health care workers with a difficult job.

“Most people have lived with knowing about HIV for many years, and we take that for granted,” said Gwendolyn Anderson, the program chief for the Prince George’s County Health Department. “But a lot of people have not had that HIV 101.”

World AIDS Day began in 1987 and is celebrated every Dec. 1 to raise awareness about HIV, AIDS and the fight to stop its spread, as well as remember those who have died from the disease.

HIV is a virus that enters the body through pre-seminal fluid, semen, blood, rectal fluid, vaginal fluid and breast milk, according to the Centers for Disease Control and Prevention. HIV can eventually develop into AIDS, and although the virus is manageable with antibiotics, there is no cure.

But the perceived shame of asking for a test or for help is sometimes too much for those who are exposed to HIV, said Typhanye Dyer, an epidemiology and biostatistics professor in the public health school.

“Sometimes people will go 30, 40, or 50 miles to a different medical center for fear of running into someone that they know who might be there for the same reason,” Anderson said.

But only 3,810 of those diagnosed in this county are in HIV care. One of every six infected persons in the U.S. do not even know they have HIV, according to AIDS.gov.

“Talking about sex is another taboo,” said Irwin Royster the director of Sexually Transmitted Infections Community Coalition. “We are talking around HIV, but no one is really talking about the transmission and the sexual experiences.”

The University Health Center is also offering a free same-day HIV testing clinic Wednesday from 2 p.m. to 4 p.m. on the ground floor, along with free gonorrhea and chlamydia testing for students and faculty.

Learning about prevention sometimes began as early as elementary school for current university students, Boekleloo said. But segmented learning of sexual health information has led to a disconnect between the virus, sex and other consequences of having sex.

“HIV has now been around for awhile, and those who lived through it a long time ago are kind of burned out, and a lot of younger people don’t see as a big of an issue,” he said. “We have to find ways to keep the issue alive.”