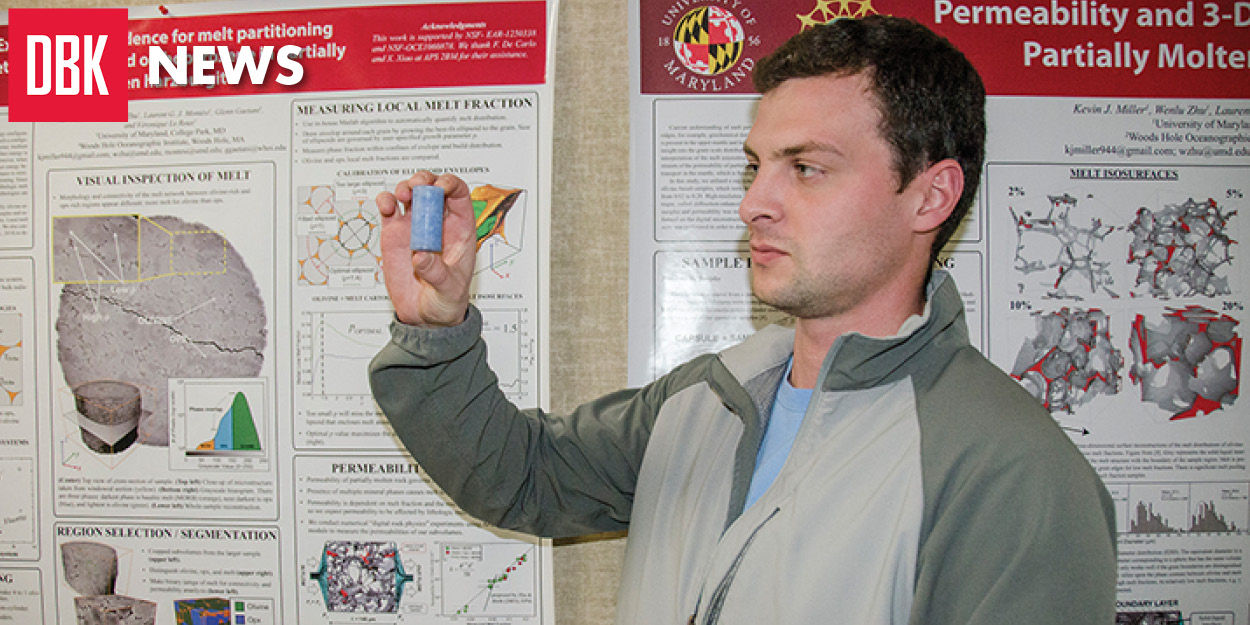 Though the planet’s rocks, landscapes and fossils took millions and sometimes billions of years to form the first time around, university geologists hope to recreate some of them in a matter of hours.

Researchers in this university’s geology department have started a LaunchUMD campaign to raise funds for a planned 3-D printing lab for their department. Such a lab would make it possible for students and faculty to print and study geological formations that are otherwise not so easily accessible, said Nicholas C. Schmerr, a university geology professor.

Sometimes these objects of study are too far away — such as the terrain of the ocean floor or meteorites on Mars. Others, like rock samples or fossils, are fragile and difficult to transport. Often, though, the 3-D objects simply provide a better alternative to computer simulations.

Kevin Miller, a doctoral student in the geology department who is also part of the LaunchUMD campaign, used the 3-D printers available in McKeldin Library’s MakerSpace, to print structures of partially molten mantle rocks, which he had previously only studied on computer screens.

“We 3-D scan rocks, and try to analyze the pore space of those rocks on the computer,” Miller said. They would then analyze the different properties of the rocks in simulations but could never actually compare this to physical observations until they 3-D-printed the rock structures. “We can actually reproduce an exact model that we have on the computer in our hands and in our physical experiments to compare our numerical simulations to actual real simulations.”

Using 3-D-printed materials can also allow researchers to change the size of materials like these rocks and magnify them to a point where they can be more easily observed, geology professor Laurent Montesi said.

The proposed lab would be set up in the geology building, Schmerr said. They plan to buy one 3-D scanner and one printer, which he said would probably use heated plastic printing rather than the more expensive powder or resin printing. If they make more money than planned in the remaining weeks of the kickstarter campaign — which ends Nov. 22 — they might buy a second printer or a more expensive one.

The lab would cater to geology students and faculty in particular, but would be open to the requests of others on the university, Montesi said. This kind of technology would be especially beneficial to their department because of its hands-on, physical nature, he said.

“Our science is a very visual science,” he said. “We are handling real-life features, going out and collecting and testing rocks. These are actual objects that have shape.”

The technology would make it possible for students to handle and study things like an exact replica of a Tyrannosaurus rex skull, Montesi said. It not only makes their science more accessible in the classroom, but it can make research easier across long distances, Schmerr said.

“If some colleague over in Europe or Asia has a really amazing fossil that they want to share with us,” he said, “but it’s too delicate, there’s only one specimen of it, they could scan it in and send us the shape model of it, and we could print it out here and study it.”

The use of 3-D printing is increasing at this university, said Preston Tobery, an IT support specialist with University Libraries. The McKeldin MakerSpace has been taking requests for 3-D-printed materials for more than a year, and has been open to students since September. Now, as many as 10 print jobs are requested per day.

Though they continue experimenting with the technology, students are beginning to use 3-D printing more for educational projects, similar to the geology department’s plans, Tobery said.

“At first, it was a lot of trinkets,” he said of student’s requests, which were originally often free models taken off the Internet. “Now it’s really becoming more about projects, their own designs.”

For Montesi, the practicality of this technology really comes down to one simple matter.

“We can have these models on a computer,” he said, “but it’s really not as good as having it in your hand.”