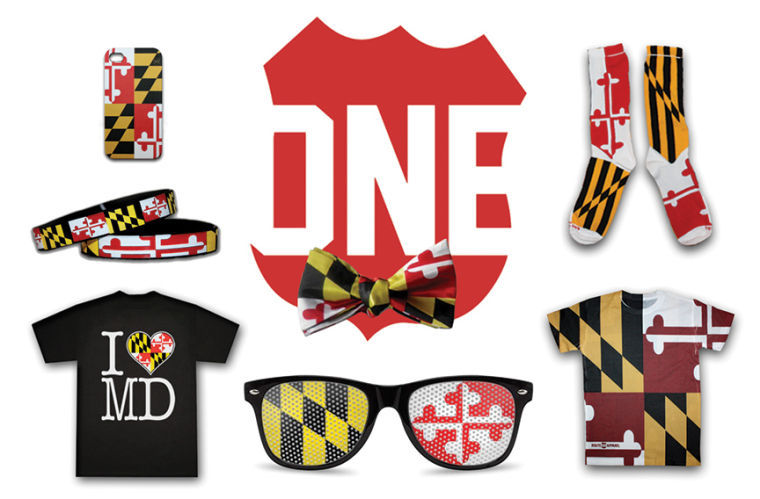 Route One Apparel has offered university- and state-themed attire since 2010.

Route One Apparel has offered university- and state-themed attire since 2010.

Students sporting Maryland flag-themed sunglasses, “Get Loh” T-shirts and “Got Old Bay?” sweatshirts mark the dramatic expansion of Route One Apparel, a student-created online company offering university- and state-themed attire since its 2010 debut.

CEO and founder Ali Von Paris, a 2012 alumna, started the company three years ago as a sophomore business major with a “Turtle Survivor” jersey — a reference to the closing of the Thirsty Turtle, the popular bar where she had worked before the county revoked its liquor license in fall 2010. She posted an event for the jersey on Facebook and received an astonishing 1,500 orders the same week. After creating a PayPal account and an amateur website, she made about $12,000 overnight.

“I remember that moment and was just like, ‘What have I gotten myself into?’” Von Paris said. “It’s crazy to look back on then and what I do now. It’s totally different.”

Today, the 22-year-old runs Route One Apparel with more than 100 products online, nearly 28,000 Facebook likes, a staff of about 40 students and representation at four other colleges around the state, including Towson and University of Maryland, Baltimore County. These days, she is more focused on finding new managers to train her employees and scouting locations for her first store, which she plans to open in the College Park area within the next two years.

Von Paris said she receives an average of 800 to 850 orders a month and uses “street teams” — student volunteers paid largely in merchandise — to handle the traffic. Street teams design products, process orders, advertise the company and host sales drives in bars and at campus events.

Those teams have contributed to Route One since 2010, but this academic year her staff noticed businesses and bars requesting them for events. Von Paris said the teams hosted events every week of the fall semester, an all-time high for the company.

Despite Route One’s popularity, the prices have deterred some students from buying products. For example, an “I party at Club McKeldin,” shirt costs $24.48 on sale, including shipping costs to the campus. Most T-shirts sell for between $15 and $25 before shipping, according to the website.

“I didn’t get to buy [the Turtle Survivor jersey] because unfortunately it’s a little too expensive for me,” junior journalism major Sam Schmieder said of the sold-out item. “But if anything else came out I really liked, I’d get it.”

Von Paris said the prices are because of the high quality of her materials, which include American Apparel shirts. Company manager Patrick Spring also acknowledged some students complain $20 is too much for a T-shirt. However, the junior government and politics major said the company’s small size prevents price cuts.

“We are trying to bring prices down and appeal to all buyers, all price ranges,” Spring said. “As we continue to expand, we can place larger orders. … Bigger orders decrease price, so as we get bigger, prices go down.”

But for other students, the prices have not stopped them.

“My favorite things are probably the accessories,” said Amy Goudreau, a senior community health major. Those accessories include belts and iPhone cases. “I’m dying for one of the new Maryland state necklaces.”

As for the future, Von Paris said she wants to eventually take advantage of the company’s fame and extend a Route One chain across both coasts with school- and state-specific products. It’s a far cry from the days after Von Paris was “thrown into” Route One Apparel, when she wanted to build a business but didn’t know exactly how.

“Everything has changed,” she said.