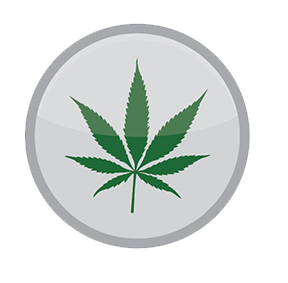 This state may not join the likes of Colorado and Washington state in legalizing recreational marijuana use this legislative session, but a group of lawmakers are at least trying to get the conversation started.

Even though the lawmakers proposing the bill don’t have much confidence in such a measure’s success, it has become increasingly clear this session’s marijuana legislation — ranging from loosening the legal implications of possession to authorizing the drug for medical use — has opened up the discussion.

Although legalizing recreational marijuana in the state is highly unlikely, Del. Cheryl Glenn (D-Baltimore City) wants to show her support as she rallies behind the more politically feasible medicinal marijuana bill.

“Sometimes, even though you realize that something is probably politically not doable in a given session, it’s good to start the conversation,” said Glenn, who in addition to co-sponsoring the legalization effort has also served as the primary sponsor on two bills that address its medical uses.

The debate has changed since last year, Glenn said, and the political landscape may have shifted enough to give medicinal marijuana in the state a chance. Gov. Martin O’Malley hasn’t come out with the same adamant opposition to the proposal as last year, when he vowed to veto any such legislation if it came to his desk. That, combined with growing support, has given Glenn confidence that her legislation will eventually become state law.

“I do believe that we have really turned a corner in this whole discussion,” Glenn said.

Glenn added that she could see recreational use eventually becoming a possibility, which she strongly supports.

“If you’re an adult and you are willing to abide by the laws and use marijuana as regulated, I see nothing wrong with that,” Glenn said.

Medical marijuana bills have been held back in previous years because of fears that federal regulators will step in and go after state dispensaries, setting the stage for a more conservative posture on the issue in a state with a reputation for being one of the nation’s most liberal.

This state does, however, have complicating factors that have roadblocked the medicinal efforts.

“Part of it may be a geographic issue — we’re pretty much in [the federal government’s] backyard,” said Alan Lehman, a criminology and criminal justice professor. “It feels kind of different when you’re out in Washington state or California or Arizona.”

That proximity has made the state more apt to play the waiting game and see how these laws have affected other states that have already enacted such measures, Lehman said.

While he supports a law that would authorize medicinal use of the drug, Lehman is still wary of an effort to make it legal for recreational use, primarily because it opens the floodgates to abuse by people who either don’t know how to correctly use it or aren’t using it as a part of a structured medical regimen.

“I just don’t want to see people getting in trouble with it,” Lehman said.

Some are also skeptical a recreational legalization bill could serve as anything more than a symbolic measure. Public policy professor Peter Reuter said bills only passed in Washington state and Colorado after both had established medical marijuana programs and supporters had launched large campaigns, but Reuter said he doesn’t see that same fervor in this state.

“It’s not something that you can create without a lot of attention to detail,” Reuter said. “It’s not that you need medical marijuana in a logical sense, but I think in a political sense, it’s probably a step toward having the populace take a different attitude on marijuana.”

With the unlikely possibility the state would pass a recreational legalization bill, other lawmakers have proposed several variations of laws pertaining to the bill.

Glenn had introduced a bill that provides an affirmative defense in court for caregivers administering the drug to patients. This year, the bill passed the House by a 92-40 vote and is currently going through the Senate process.

Additionally, Sen. Bobby Zirkin (D-Baltimore County) has proposed two bills that would make possession of certain amounts of marijuana a civil offense, as opposed to a criminal charge that puts offenders behind bars. These would also have an easier time passing the assembly than a recreational law.

“At present, you have a large number of people who are arrested for possession of small amounts of marijuana and then have to deal with criminal court,” Reuter said. “It’s not hard to motivate this reform.”