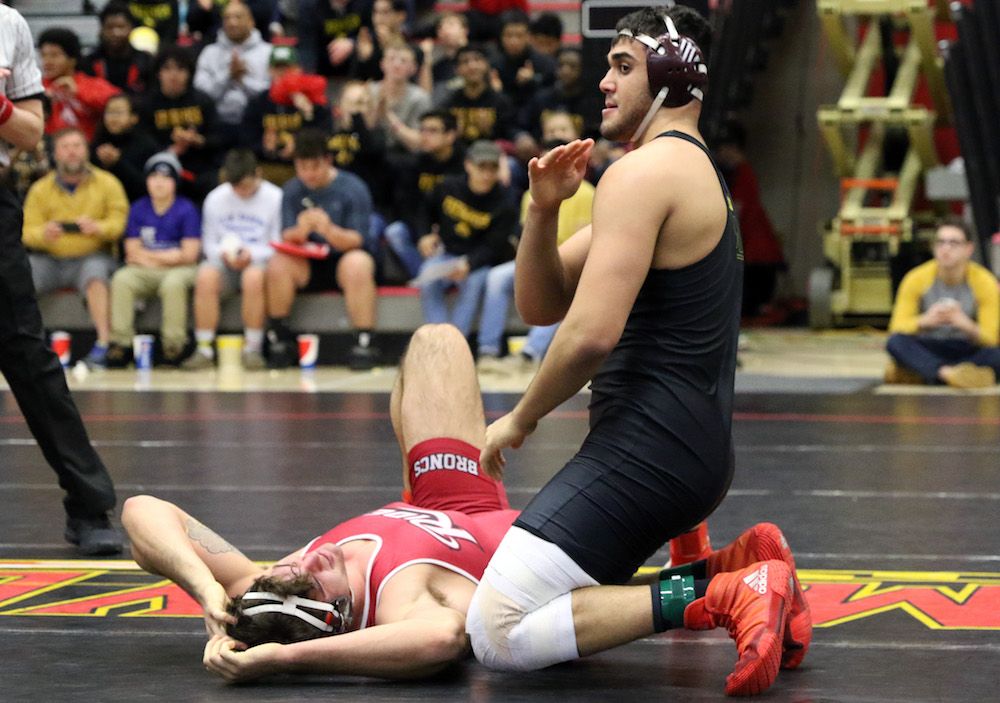 After heavyweight Youssif Hemida lost his first round match at the Big Ten championships in early March, the senior — in his final ride with Maryland wrestling — embarked on a five-bout winning streak to conclude the tournament.

Hemida, the lone Terp to win at the conference championships, went on to notch a program-best third-place finish in the tournament, re-establishing himself as a formidable foe on the national stage after a four-bout losing streak in February.

Entering the NCAA tournament as the No. 10 seed, Hemida prepares to face Cornell’s Jeramy Sweany in the first round. And after earning All-American honors at last year’s NCAA tournament, Hemida has set his sights on becoming the Terps’ first national champion since 1969.

“It’s anyone’s to grab,” Hemida said. “The national championship is the big picture but I’m just focusing on myself and not worrying about anything else.”

After the tournament, Maryland coach Kerry McCoy will be stepping down from his post, concluding an 11-year tenure in College Park. McCoy and the Terps struggled mightily since moving to the Big Ten in 2014, going 1-44 in conference duals.

But McCoy, a two-time NCAA champion at heavyweight while wrestling at Penn State, believes Hemida is good enough to win it all. The senior’s third-place finish at Big Ten’s proved to McCoy that Hemida can win a string of matches.

Plus, a close overtime loss to Oklahoma State’s No. 1-seed Derek White at the NWCA All-Star Classic in November also showed how close Hemida is to the nation’s top wrestlers.

“[Hemida’s] right there with those guys,” McCoy said. “But you can’t overlook anybody. There’s 33 guys in the tournament and they’re all pretty good. … If [Hemida] wrestles to his ability, he can beat anybody in the country.”

Hemida dropped four straight bouts in February against top-10 Big Ten opponents. But from then on, he has only lost one match — the first round of the Big Ten championships — to gain momentum as his career winds to an end.

149-pounder Alfred Bannister was named an alternate for the national tournament and has practiced alongside Hemida all week. But barring an unforeseen change, it’s unlikely the senior will see any action.

So, as Maryland has done all season, the team will rely on Hemida to make a run in the NCAA tournament, attempting to end a 50-year drought without a national champion.

“He’s just got to take it one match a time,” McCoy said. “Don’t overlook anybody and don’t get too caught up in the process. Just go out there and wrestle.”