Maryland football knows turnovers will be crucial to upsetting No. 19 Iowa 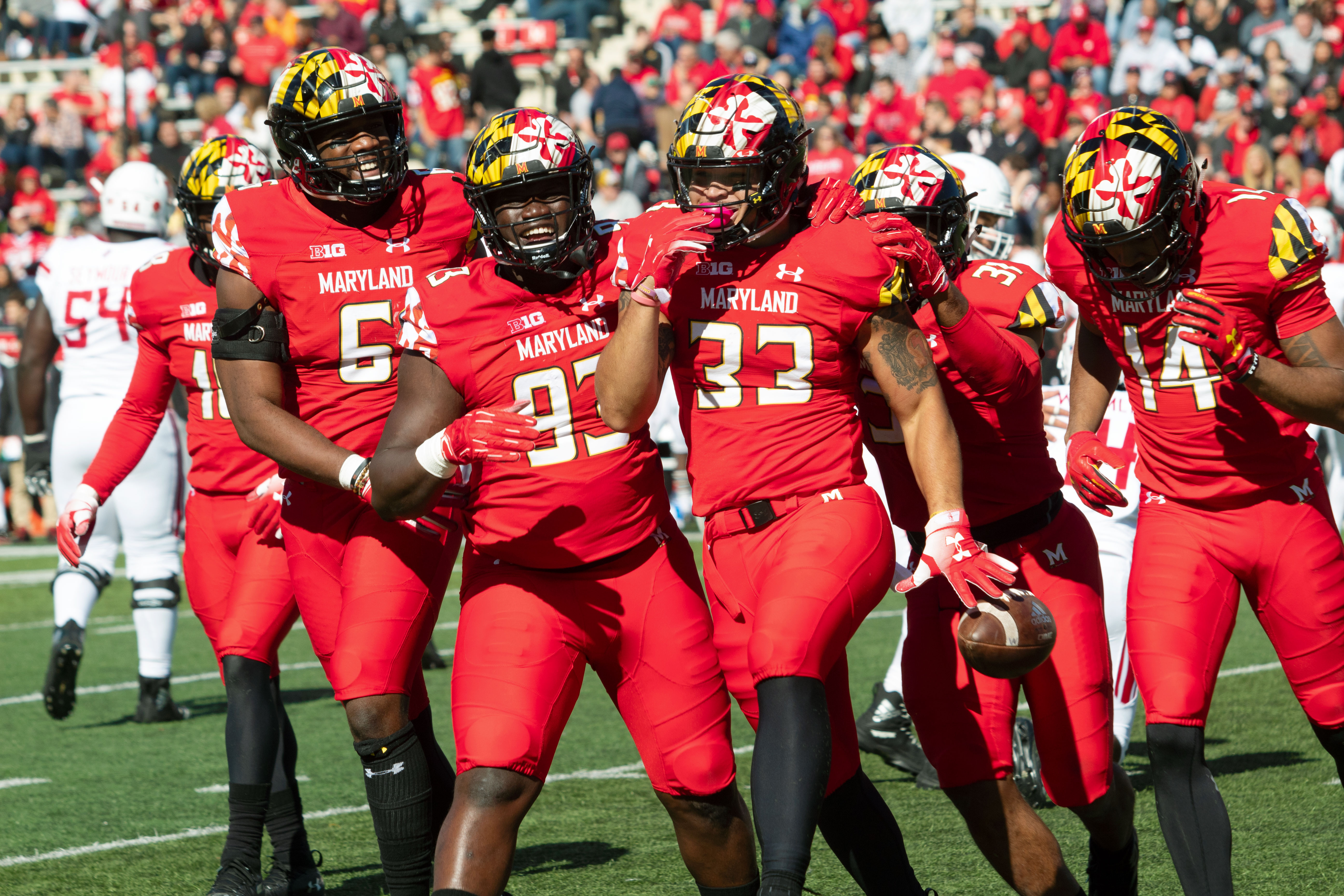 Running back Ty Johnson seemed ready for the question. What does this Maryland football team need to get right to pull off an upset against No. 19 Iowa on Saturday?

“Preparation, execution, not shooting ourselves in the foot,” Johnson said, rattling off some of what went wrong at the Big House two weeks ago against then-No. 15 Michigan.

Johnson’s last point seemed especially poignant, considering the season-long penalty woes that continued in the blowout loss to the Wolverines and the late pick-6 that derailed any hope of a comeback.

In the season opener against then-No. 23 Texas, Maryland forced three late takeaways to close out the win. That created a blueprint of how to knock off the litany of ranked conference opponents left on the schedule: win the turnover battle.

So when Maryland travels to Iowa City for its latest ranked showdown, protecting the football and forcing the Hawkeyes into giveaways is paramount.

The Terps have the fifth-best turnover margin in the country, thanks in large part to five interceptions against Rutgers last week.

[Read more: Maryland football vs. Iowa: How to watch and what to watch for]

Against Michigan, a kickoff return touchdown gave Maryland a 7-3 lead, and an interception from defensive back Darnell Savage gave the team the ball to open the second quarter.

By halftime, the Wolverines had a two-score lead, energizing the crowd of 109,531. Maryland never came closer than 10 points in the second half en route to a 42-21 defeat.

“I was saying on the sideline, ‘Don’t get too high, don’t get too low. Let’s just stay even-keeled,’” defensive lineman Byron Cowart said. “Adversity is going to come. All the teams we’ve faced, they’re great teams.”

Cowart’s advice couldn’t prevent a blowout against Michigan. Quarterback Kasim Hill’s interception in the fourth quarter was the final misstep for the Terps, who accumulated 107 penalty yards in the loss — the kind of unforced errors Johnson harped on Tuesday.

In Landover on Sept. 1, with Texas mounting a comeback and Maryland’s offense sputtering badly, its defense intercepted quarterback Sam Ehlinger twice and forced a fumble to clinch the upset victory.

For the Terps to find success against Iowa (5-1, 2-1 Big Ten), they will need to control the turnover margin against a team with the fifth-best defense in the country and an efficient passing threat.

“They’re one play away from being undefeated,” Canada said. “They’re a tremendous football team. I’ve played there before and it’s a great environment, so our guys have a lot of work ahead of them to get ready to go in and prepare. They’re excited for the challenge.”

At 4-2, the Terps are two wins away from bowl eligibility. The clearest route toward six wins runs through Indiana and Illinois, but that path — one Canada said he isn’t focusing on — would be made much easier with an upset over one of the team’s numerous ranked foes.

As Maryland prepares for Iowa, the squad is bound to look back on the shortfalls against Michigan for clues on how to improve on the road as heavy underdogs.

“We have to just be calm, cool and collected,” Cowart said. “You’re going to make your effort plays. That’s going to come. But trust in your technique and just play ball.”