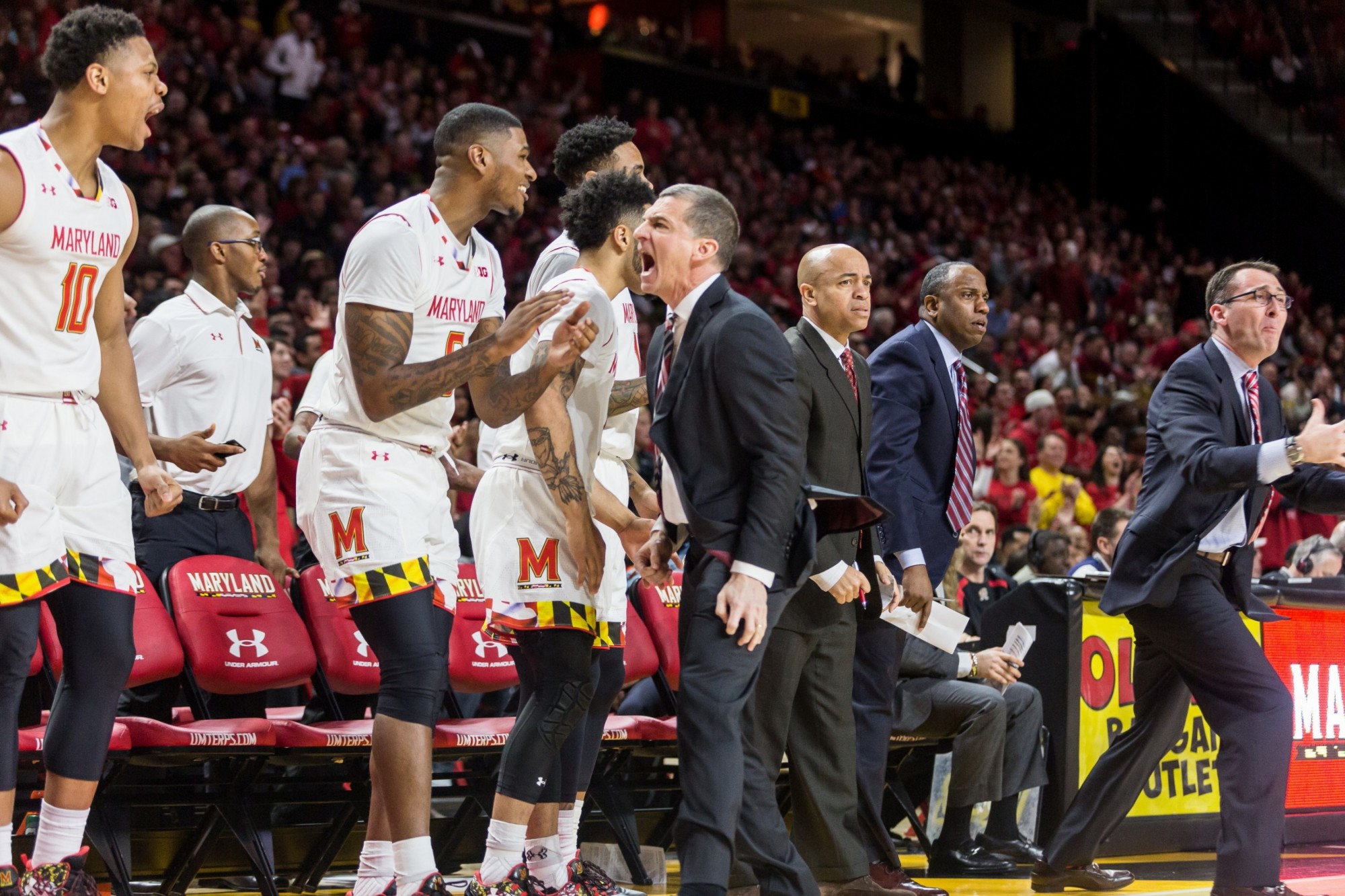 After the Maryland men’s basketball team’s 72-64 loss to Northwestern in the Big Ten tournament quarterfinals Friday, coach Mark Turgeon said his squad did “a lot of soul searching.”

The Terps spoke about playing as a more close-knit unit after blowing a 10-point second-half lead, and they said they’re hitting the “reset button” as they begin the NCAA tournament on Thursday evening.

When it plays No. 11-seed Xavier in the first round in Orlando, Florida, No. 6-seed Maryland hopes to play with the same energy and cohesion that helped it jump out to the best start in program history and exceed preseason expectations with three freshmen starters.

“We won so many games sometimes you think we’re going to show up and go up 10 and we’re going to win this game,” Turgeon said. “Well, it didn’t happen that way. I’d rather learn a lot in the Big Ten tournament than the NCAA tournament.”

Turgeon said he doesn’t usually yell at his players after games, but he let them know he was upset about his squad’s performance against the Wildcats. Northwestern went on a 20-4 run in the first half before gaining a lead it wouldn’t surrender with a 20-2 spurt in the second frame.

Maryland (24-8) has had similar late-game breakdowns this season, such as blowing a nine-point lead in the final four minutes against Nebraska on Jan. 1. Turgeon said the loss was a wake-up call, and the Terps responded by winning seven straight contests.

But Friday marked Maryland’s fourth loss in its past six outings, a streak that began after center Michal Cekovsky fractured his ankle Feb. 19. Guard Kevin Huerter said the Terps didn’t play as a unit on defense, such as not providing help defense. The freshman also said his team has been “lazy” with its offensive execution at the end of the season.

So, Turgeon viewed Sunday’s practice as a “new season with a fresh attitude,” and he said his team had one of its best training sessions of the year. Huerter said the squad played with different lineups, allowing every player to have familiarity competing together.

The Terps hope they can carry that momentum into Thursday’s game against the Musketeers (21-13).

“Even if we did have a good tournament in the Big Ten, it’s still a reset button,” guard Melo Trimble said. “March Madness is a different breed of a tournament. This is where it counts.”