Maryland football finishes season with 66-3 loss to No. 12 Penn State 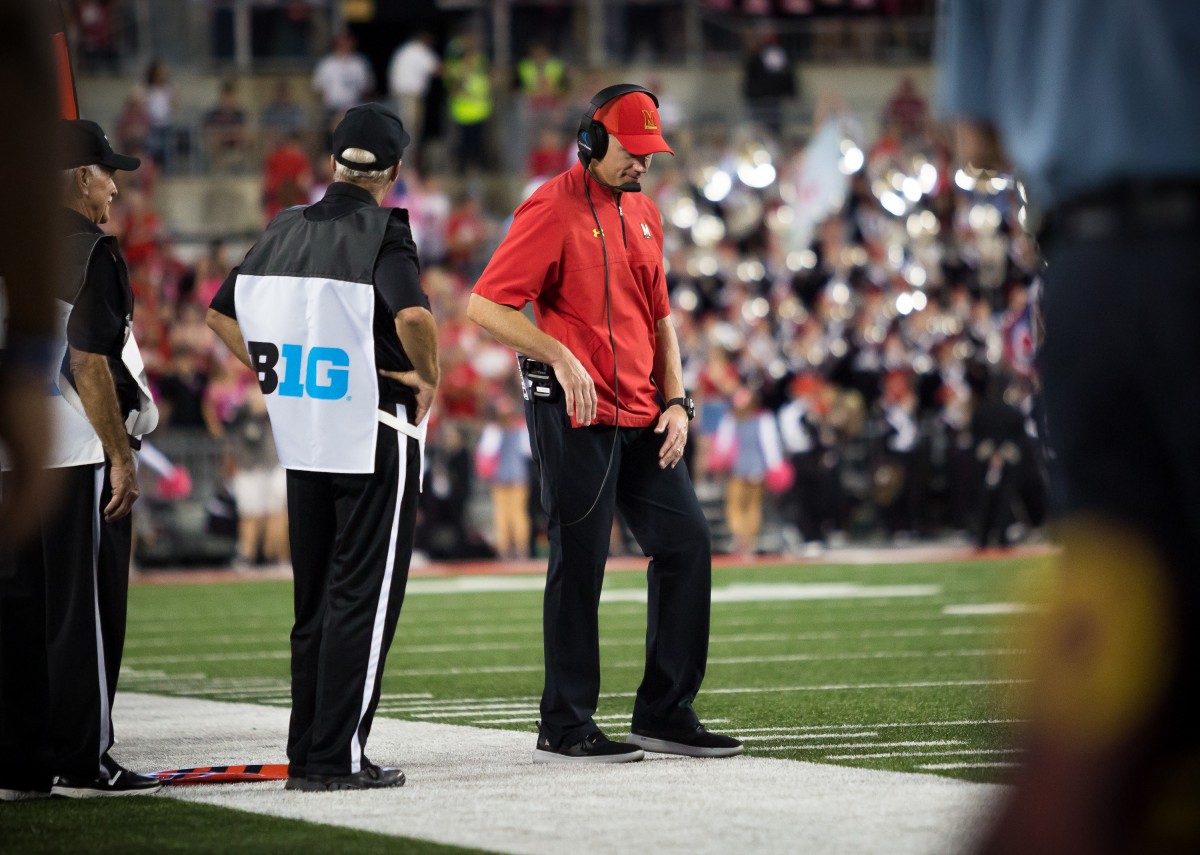 After a loss to Michigan State last weekend wiped out the Maryland football team’s chances of an automatic bowl bid, the Terps entered their season finale against No. 12 Penn State searching for reasons to remain motivated.

But against a Nittany Lions team that needed a victory to make a selection committee bowl, the Terps fell flat, suffering a 66-3 loss. It was their widest margin of defeat in a campaign that’s now featured seven double-digit setbacks.

“It was a poor performance. Poor execution and it was a poorly coached team that went out there,” coach DJ Durkin said. “A season of adversity got to us.”

For a still-developing program that needs positives to take into the offseason, few silver linings emerged. Penn State outgained Maryland, 534-303. The Terps lost two of their four fumbles, leading to 14 Nittany Lions points.

Though running back Ty Johnson said the letdown would serve as offseason motivation, seniors such as leading tackler Jermaine Carter won’t get to experience the Terps’ renewed vigor.

Durkin lamented that reality, as he thought other players failed to replicate Carter’s unwavering commitment on Saturday.

“It does make me feel good to know coach Durkin speaks highly about me,” Carter said, “But I’m into winning. So I just wish things could have been different.”

Durkin has referred to this year as a building block for the future, with Maryland’s best-ever freshman class setting the foundation for success. He knew this would likely be a difficult campaign, though, given a schedule that featured six ranked opponents and the adversity of two season-ending ACL injuries to quarterbacks.

But Maryland’s disjointed play against the Nittany Lions hardly seemed like a stepping stone toward competing in the Big Ten.

After Penn State quarterback Trace McSorley tossed the ball to backup quarterback Tommy Stevens behind the line of scrimmage, Stevens pretended to toss the ball to running back Saquon Barkley, who ran in the opposite direction. As the Terps (4-8, 2-7 Big Ten) tracked Barkley, Stevens sprinted to the end zone untouched.

That well-executed trick play sharply contrasted Maryland’s attempted deception on its opening possession. When offensive coordinator Walt Bell tried to give Moore a throwing opportunity, Moore bobbled the ball before completing a wobbly pass as he fell to the turf for a six-yard loss.

Despite that early misstep, Moore continued to serve as a bright spot for the Terps. In the second quarter, he broke the program’s record for single-season receptions when he hauled in his 78th catch of the year to pass former wide receiver Geroy Simon’s mark. Moore then became the third-ever Maryland receiver to reach 1,000 yards with a 29-yard catch to begin the second half.

But Moore’s performance was overshadowed by the dominance of Penn State (10-2, 7-2), which introduced its backups in midway through the third quarter with a 45-0 lead.

“They just had our number,” Moore said. “Whatever we called, [they stopped]. That’s all I can really say.”