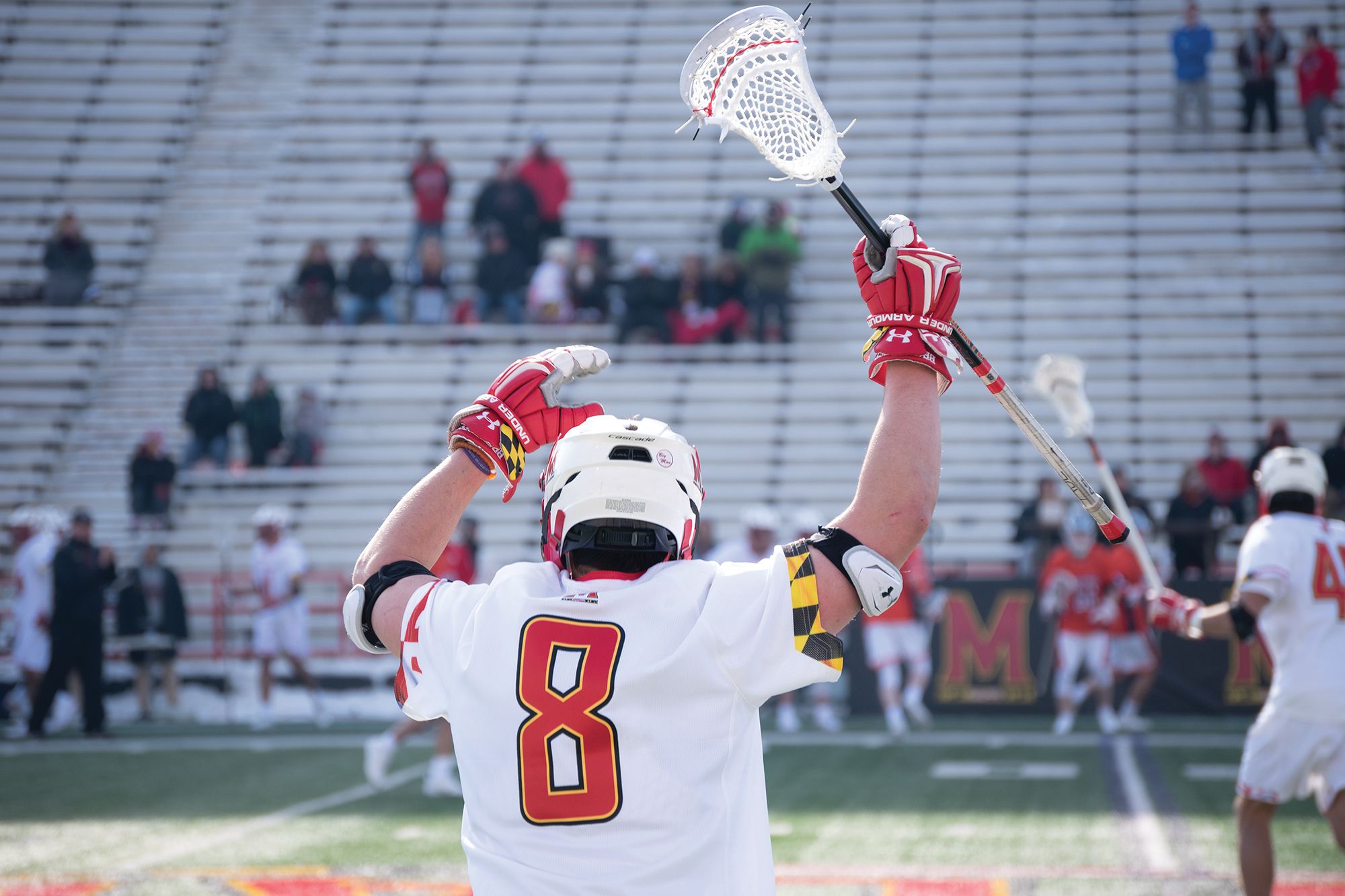 On the opening possession of overtime against Penn, midfielder Roman Puglise received a pass, stepped in and fired a shot with conviction from about 12 yards out.

When the attempt hit the back of the net to give No. 3 Maryland men’s lacrosse a 13-12 win over the Quakers on Saturday, Puglise put his hand to his facemask and pointed toward the sky.

The celebration was to honor his late high school teammate, Gus Lee, who died in December.

“After that, it’s just a feeling I knew he was exactly with me in that moment,” Puglise said. “It’s something that I’ll forever cherish.”

For Puglise, lacrosse has served as a sanctuary where he’s able to deal with grief, and it’s allowed him to honor his former teammate on and off the field.

Last week against Richmond, where Lee played football, Puglise paid homage to his friend by wearing the No. 23 jersey that Lee wore in lacrosse at Paul VI Catholic High School in Virginia, where they both played as defensive midfielders.

Even after going back to his usual number against Penn, Puglise continued his commitment of playing for Lee, whose death was ruled a suicide by the Virginia Office of the Chief Medical Examiner.

“Every time I step on the field, Gus is always in the back of my mind,” Puglise said. “I can’t change what happened with Gus, but I can try to live his legacy out every day.”

[Read more: As Maryland men’s lacrosse patches up its defense, it also hopes to build chemistry]

Coach John Tillman praised Puglise for how he’s handled the tragedy. Given how young his players are, Tillman said it’s always important to see them grieve in a positive way, because for some, it can be among the first times they’ve lost somebody close to them.

Both Tillman and Puglise credited the team atmosphere and camaraderie as elements that have allowed Puglise to manage his emotions.

“I think this team is very special, the bond we have on and off the field is something I think is very incredible,” Puglise said. “Being here with my best friends and having the support of them, it gives me energy every day.”

On Saturday, those same teammates mobbed the sophomore midfielder after his game-winning snipe.

For Tillman and the team, securing another win to push the Terps to 3-0 was important, but it meant even more to see Puglise get the chance to honor his teammate after delivering a pivotal goal in a big moment.

“To see him with a smile on his face and to make a play like that, it brings a lot of joy to you just because that is the essence of life,” Tillman said. “To see a guy maybe having some disappointment and then see him smiling and his teammates hugging him and supporting him … it’s everything.”