Column: Dismissal of badminton is emblematic of American exceptionalism 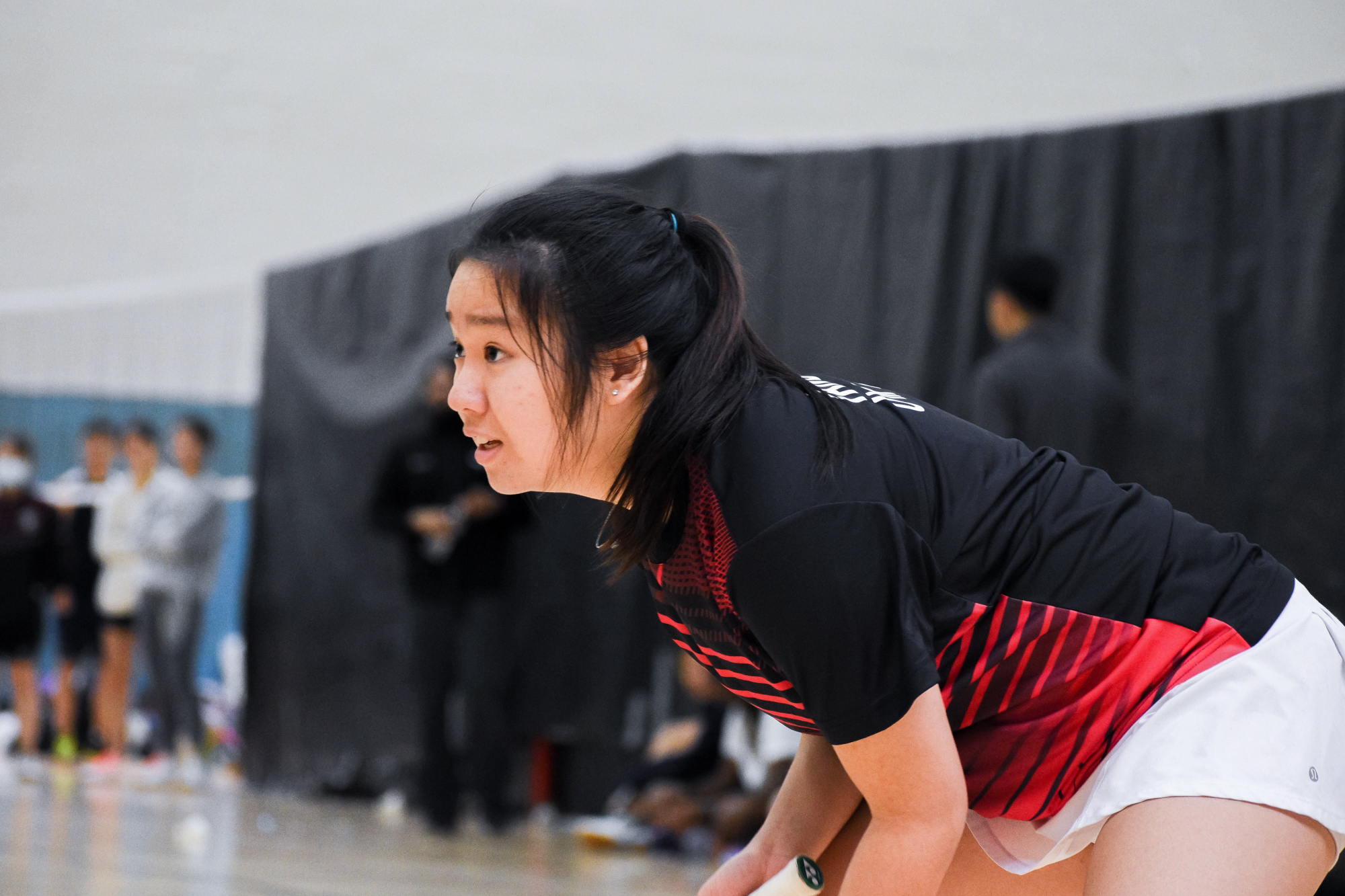 Sarah Tang, a freshman business management and psychology major and vice president of the University of Maryland's badminton club during a match inside the university's public health building gym. (Photo Courtesy of Sarah Tang)

I approached this article with some of the same misconceptions many Americans hold about badminton. I anticipated a lighthearted conversation about a casual, old man’s game centered around friendship and community at the University of Maryland.

What I got instead was a perception-shifting deep dive into the history, technique and cultural significance of one of the most popular sports in the world.

I spoke with Sarah Tang, a freshman business management and psychology major and vice president of the badminton club at this university, who was nationally ranked as a youth badminton player. Tang is also the daughter of Yeping Tang, one the most dominant U.S.-based badminton players of the 1990s. The Chinese-born player won first place in 12 national and international level competition events from 1996 to 2000.

Badminton may be recognized as nothing more than a lawn game, but Tang, who is Chinese and Vietnamese, explained it’s much more than that.

“It’s really popular in the rest of the world, but specifically Asia, probably because it originated there,” Tang said. “It’s like our version of soccer, basketball, football … When I grew up I was talking to white girls at my school, and they were literally like, ‘Badminton’s not a sport.’ And at the time I was ranked [number] two in the United States.”

This lack of recognition and even disrespect badminton gets is rooted in a general, often unconscious air of American exceptionalism that permeates throughout our culture. There are people who think and will say outright that the United States is superior to the rest of the world. American exceptionalism insists that there is something fundamentally different about us and “our” sports.

This cultural barrier isn’t particularly unique to badminton. Sports such as cricket and rugby are extremely popular across the globe, yet have never really been able to gain the sort of national relevance — via fan base size and media coverage — that more “traditionally American” sports such as football and baseball have.

And the perception of soccer in the U.S. has been a point of contention for years. Soccer has a strong sense of cultural significance internationally, but while it’s having some success in the U.S., it is still fighting to gain a foothold. It seems like soccer being less popular here is rooted in a disdain for sports that we as Americans can’t dominate and call our own.

Even calling it soccer while the rest of the globe calls it football feels a bit condescending.

“In America we are used to being the biggest and the baddest and the best in everything … We get to shed that insecurity that we have, that inferiority complex that we have,” Lalas said. “We have to stop apologizing for what we are or what we aren’t, we plant that American flag against that country … that is the American way.”

Lalas’ pep talk is reflective of my earlier argument and can easily be applied to badminton. Even while addressing the lack of media representation for the sport, a lot of the unfamiliarity ultimately lies in the fact that it isn’t a sport of North American origin like football, basketball or baseball — therefore not worthy of the same attention.

This leads to more negative assumptions about badminton, less support for U.S. badminton players, less legitimacy for the sport and a whole bunch of fans missing out on excellent, creative and intense competition. It’s sad yet unsurprising that this lack of a global cognizance impacts a sport that carries such a deep, widespread significance in Asian countries all while professional football leagues go to great lengths to increase their international profiles.

“People don’t realize that there are a lot of other people that take [badminton] very seriously and there’s a very big community behind it [in the United States],” Yuca Chen, a junior math and physics major and club badminton player, said. “It’s very popular in East Asia and other places, just not here in America.”

Junior computer science major Evan Zheng echoed Chen’s sentiments. “[American people] first introduce [badminton] to people as a backyard sport … they don’t think it’s that intense, but on the court, in a closed environment … that’s where the action is.”

“My badminton connections … 95 percent of them are Asian. That was a huge reason I became so attached to [badminton] … as an Asian American myself, badminton became a place where I was mostly surrounded by people who looked like me, had a similar background to me. That’s something you can find comfort in … That being said, that is also kind of a problem. One of the reasons why it’s difficult for it to get exposure and grow as a sport is because outsiders look in and think, ‘Oh, that’s an Asian sport,’” he said.

Regardless of the insular nature of badminton in the U.S., it’s hard to argue whether an olympic sport with an international profile should not be relegated to a simple garden game in the minds of most Americans.

Media coverage, financial backing and institutional support would all help alleviate the issue. But as with rugby, cricket or “soccer,” what is ultimately most important is that we approach the game with a sense of learning and respect, rather than just waiting to plant the American flag on it.