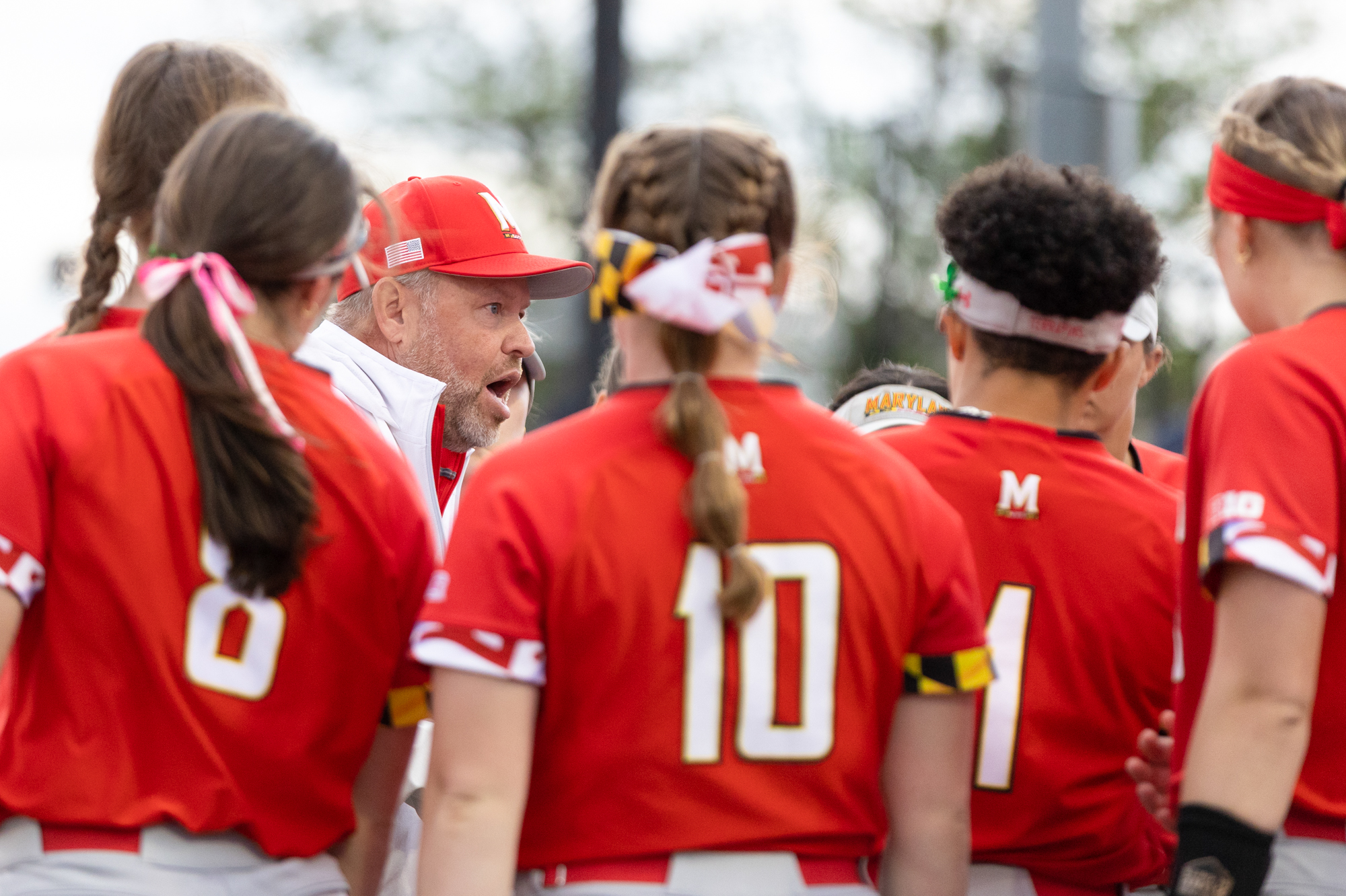 Maryland softball coach Mark Montgomery talks to his team in the Terps’ 5-1 win against Michigan on April 14, 2022. (Cam Andrews/The Diamondback)

Maryland softball announced its 2023 schedule Tuesday ahead of coach Mark Montgomery’s fourth year at the helm and a 2022 season that marked the most wins in a season in nine years.

The Terps will open their season Feb. 9-12 in Mexico at the Puerto Vallarta Challenge against Oregon, BYU, California Baptist, Oklahoma State and North Dakota State.

Maryland returns to the United States to take on Virginia and North Carolina in the Big Ten/ACC Challenge in Chapel Hill, N.C. from Feb. 17-19.

The Terps then travel to Waco, Texas for their third tournament of the season against Baylor, Texas A&M Commerce and Minnesota. The Baylor Tournament begins Feb. 24 and will conclude Feb. 26.

In early March, Maryland heads to Greenville, N.C. as part of the East Carolina Tournament. The Terps will play St. Joseph’s, East Carolina and Monmouth March 3-6.

The Terps’ first home game will only come on March 17, reminiscent of last year when they first played at College Park on March 16. They will host the Maryland Tournament against Texas Tech and North Dakota. Bucknell and Rider also come to College Park to compete against Maryland on March 18 and 19, respectively.

Maryland begins Big Ten play at Indiana for a series in late March. Conference action will span from March 24 to May 7, with home series against Michigan State, Nebraska, Penn State and Wisconsin.

In addition to the Indiana series, the Terps are scheduled for road series against Rutgers, Iowa and Illinois.

Montgomery’s squad will have breaks interspersed through their conference schedule against Maryland Eastern Shore, UMBC, Coppin State and Towson — all home matchups against in-state foes.

The Big Ten Tournament will take place May 10-13 at the University of Illinois.