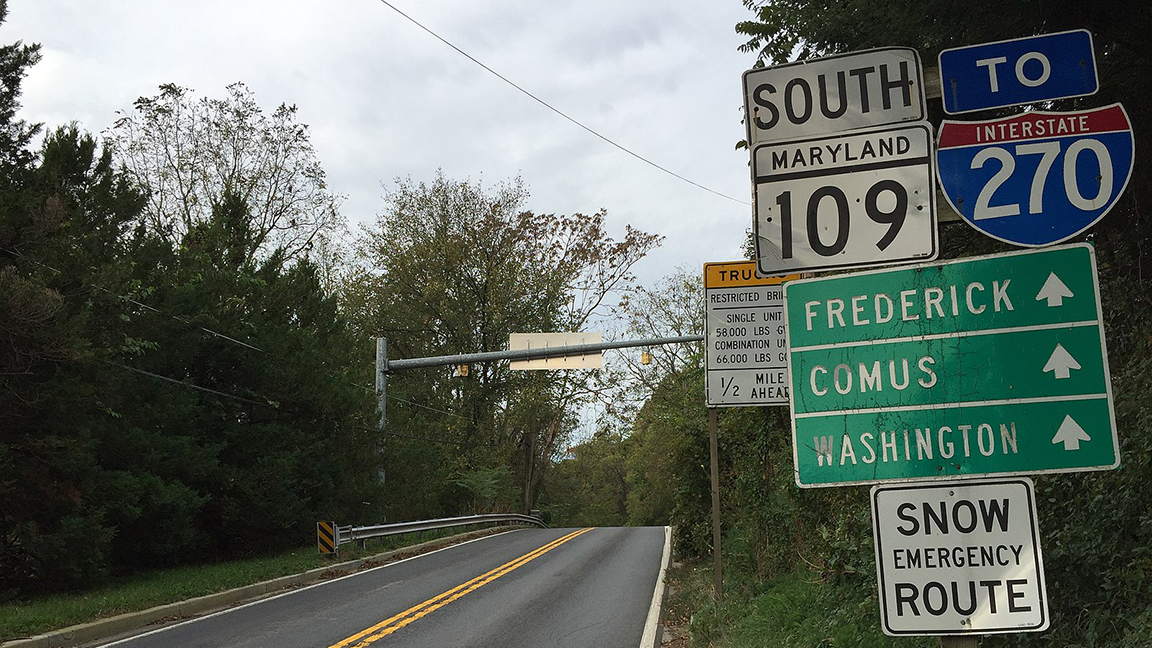 A road in Montgomery County, Maryland. (Photo via Wikimedia Commons)

Maryland State Police at the Rockville Barrack were dispatched near Montgomery County Airpark on Goshen Road and Rothbury Drive at about 6 p.m. Sunday. A Mooney Mike 20P single-engine plane was suspended roughly 100 feet in the air, entangled in live power lines.

Williams and Merkle were removed from the plane at about 1 a.m. Monday and transported to Suburban Hospital in Bethesda. Both are being treated for injuries related to hypothermia and trauma, according to Montgomery County Fire Chief Scott Goldstein.

Approximately 85,000 customers in Montgomery County were reportedly without power due to the crash. Pepco, the utility, began repairing electrical lines after the occupants and the plane were removed. Power was restored before 2 a.m.

Montgomery County Public Schools are closed Monday as a result of the outage.

The cause of the crash is unknown. Investigators from the National Transportation Safety Board and the Federal Aviation Administration have begun an investigation with assistance from members of the Maryland State Police Criminal Enforcement Division.