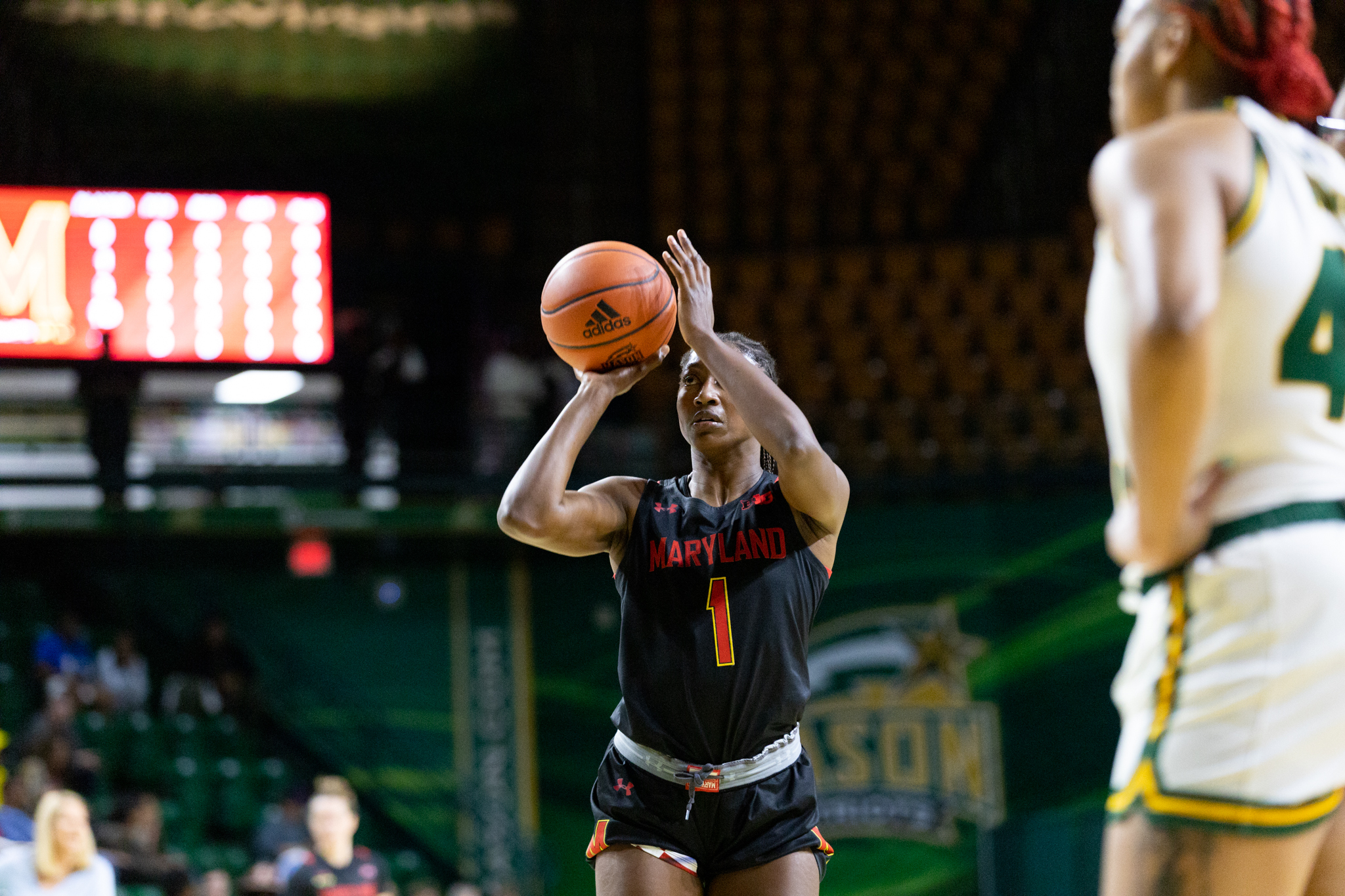 With a layup from Faith Masonius, Maryland women’s basketball nabbed just its second lead of the game at 54-52 against DePaul with 7:17 left in the fourth quarter.

After trailing by as much as 13 points in the first half, the Terps battled back in the third quarter to make it a close game going into the final frame.

But the Blue Demons regained the lead with a 12-2 run that put the game out of reach for the No. 14 Terps as they dropped their opening matchup of the Fort Myers Tip-Off Friday, 76-67.

Maryland made 42.9 percent of its field goals in the final quarter, its highest mark of the game, but the Terps’ early struggles prevented them from making a complete comeback against DePaul.

“DePaul punched first and never looked back,” coach Brenda Frese said. “They didn’t even flinch when we were able to cut that lead.”

The Blue Demons’ Aneesah Morrow, the leading scorer in the nation, led her team with 22 points to upset the Terps with consistent shooting.

DePaul made 11 three-pointers to cushion their lead while Maryland continued to miss three-pointers, making six of their 27 attempts. The Terps shot just 31.6 percent from the field, their second-lowest mark of the season.

Maryland made only one field goal in the first six minutes of the game. The team finished the first 10 minutes shooting just 11.1 percent from the field and were 1-for-10 from behind the arc.

A pair of free throws from Diamond Miller jump-started the Terps’ offense. After putting up just two points in the first six minutes of the game, they scored seven points in the last two minutes and 30 seconds to finish the quarter down 15-10 to the Blue Demons.

DePaul kept its early lead secure through solid shooting and rebounding. The Blue Demons made 14 field goals to the Terps’ nine in the first 20 minutes and out-rebounded them 26-22 at halftime.

It was the first time this season that Maryland did not make double-digit field goals in the first half.

“The first half we didn’t play our game, and at that point, it was a little too late,” Masonius said.

In the second half, Frese’s squad needed to improve its shooting and prevent open looks for DePaul behind the three-point line. Six three-pointers in the first half helped the Blue Demons build their lead.

Maryland found moderate success in the third quarter. The team outscored DePaul for the first time in the game 18-12 and grabbed their first lead of the game with 44 seconds left in the frame before DePaul stole it back to end the quarter up 47-45.

While field goal troubles continued, the Terps found ways to score by getting to the free throw line to keep it close toward the end, shooting 13-16 throughout the game.

Freshman Gia Cooke made her mark for Maryland with career-high 10 points. Cooke tied the game at 52-52 in the fourth quarter with two free throws.

Despite shooting struggles, the Terps improved their ball control and limited turnovers. After 21 turnovers against Davidson and 19 against Baylor, they finished against the Blue Demons with 14 turnovers.

However, DePaul’s efficiency from behind the arc in the final 10 minutes doomed Maryland. The Blue Demons made four of their eight three-point attempts in the final quarter to reclaim a lead they wouldn’t relinquish as the Terps fell to 4-2 on the season.

“The game plan we wanted to execute we weren’t able to do today,” Frese said. “We’ve got to find a better way to teach and clarify I guess as we continue.”