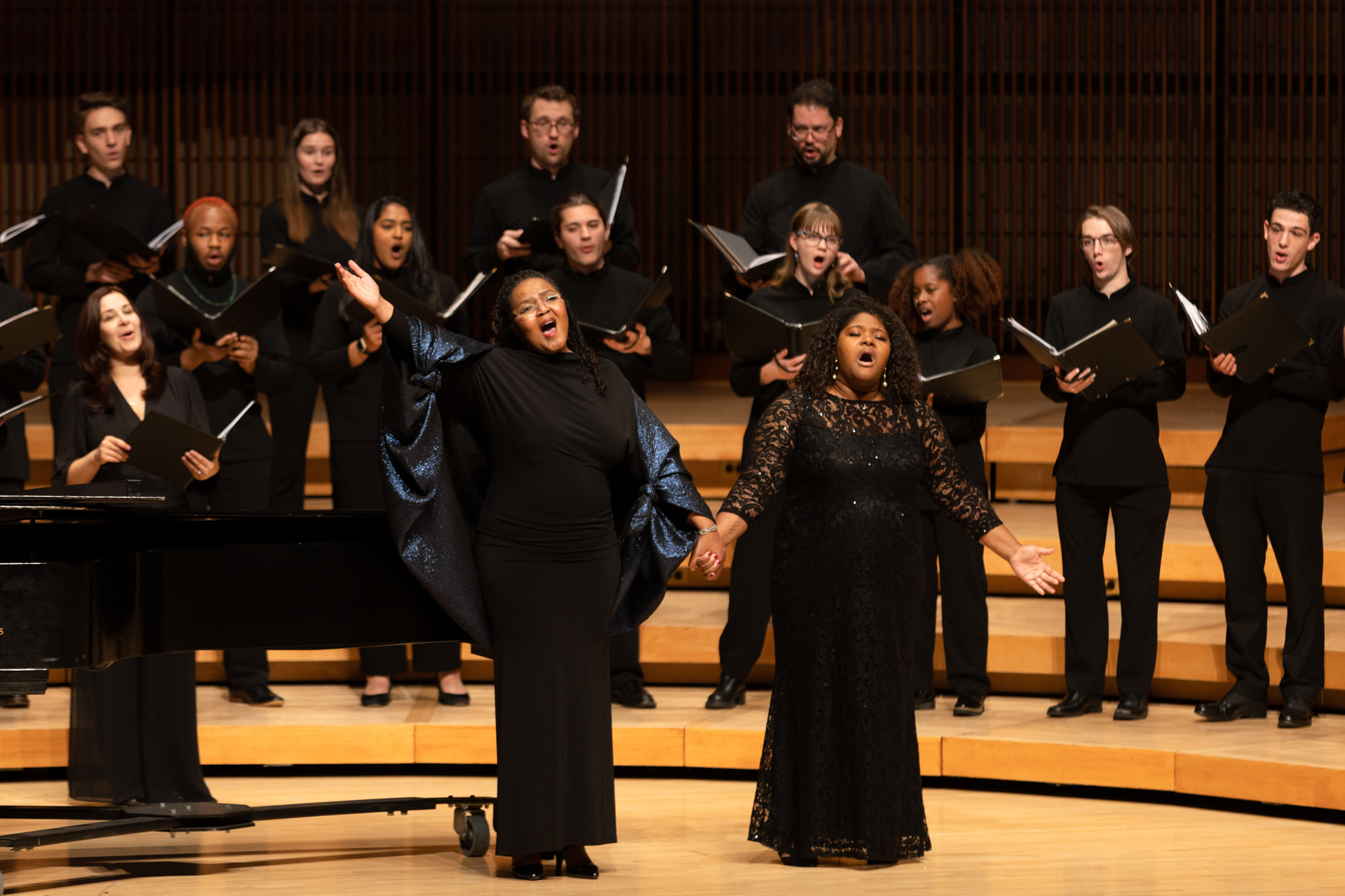 By Tommy Tucker
For The Diamondback

The concert featured performances and tributes by students, faculty and alumni. Balthrop taught for this university’s music school for 36 years and was a notable opera singer, having performed on Broadway.

“You have someone who’s internationally acclaimed and someone who has dedicated a significant part of both performing life and educational expression to this university, and it’s a tremendous thing for the school of music to have this memorial service in her honor,” Patrick Delaney, Balthrop’s husband, said.

The concert opened with a recording of “Che sento? Oh Dio!” performed by Balthrop in 1975 at the Metropolitan Opera Laffont Competition.

“Everything that was chosen came from productions which she was associated with in some way,” Lester Green, a vocal coach at the music school, said. “It was important to be able to honor her in some significant way because when she passed away a year ago, for many people, it was very sudden, many people didn’t know she was ill.”

“[The song is] all about love, love at first sight, falling in love with a true one, and I interpreted that as the love she had for the people and for the music and the artistry and for her students as well,” Barasa said.

In between the performances and speeches were video segments and messages from former students and people close to Balthrop.

“I’m one of her last pupils and because of a pandemic, I never got to see her in person after the audition so this event brought a better or a more complete picture of her for me,” said Liangjun Shi, one of the former students featured with a video.

This is the third event held in memory of Balthrop, following a concert and memorial service held for her funeral and one held spontaneously by students last year.

“This was a more formal event that Patrick, her husband, wanted to have,” Martha Randall, a retired member of the voice faculty at the music school, said.

“I think the sentiments expressed by her colleagues as well as the students says everything … I think it’s an enormous thing, It says a lot about the university to do something like this,” Delaney said.