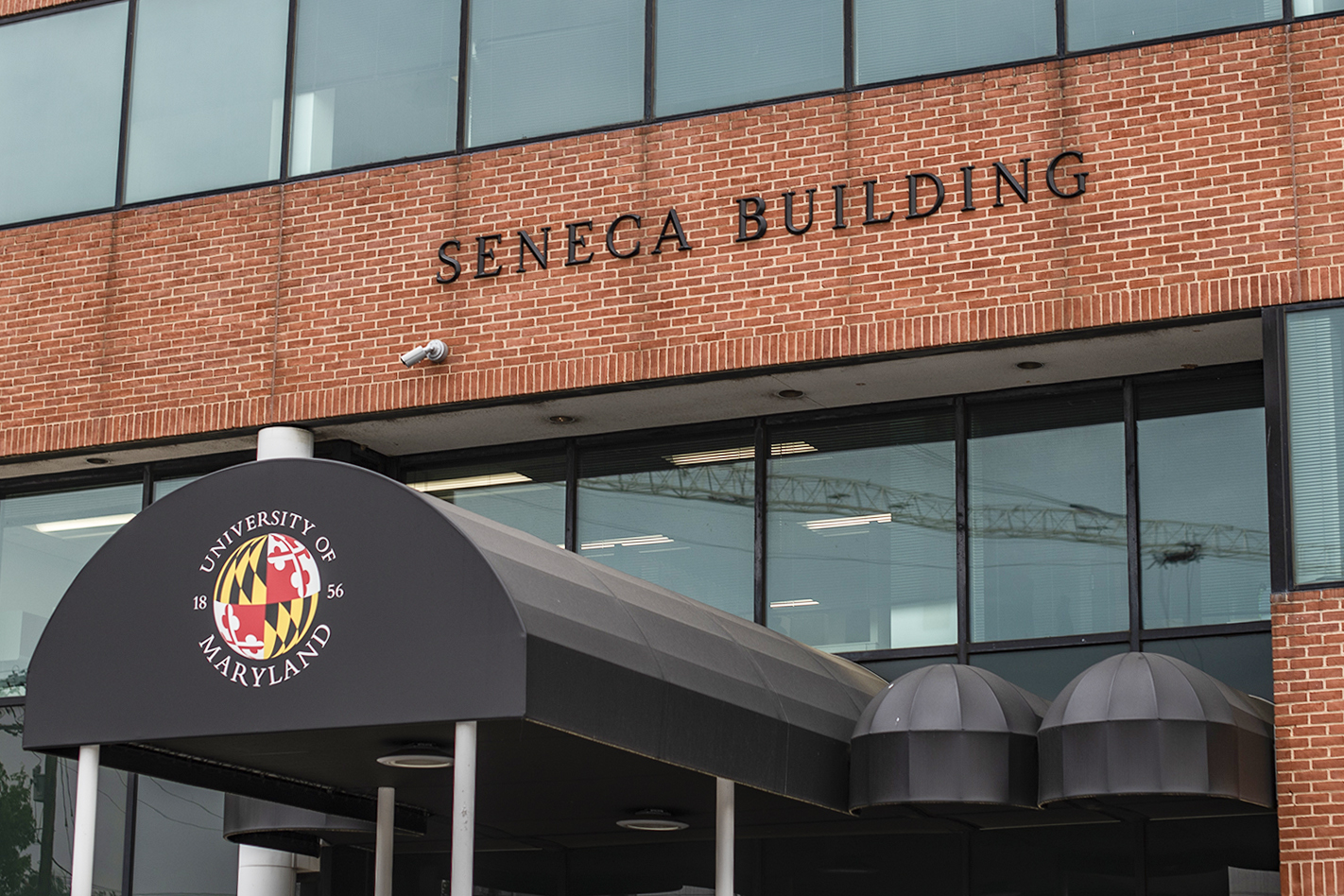 The Seneca Building, which houses the university's Center for Education, Justice, and Ethics, on May 3, 2021. (Eric Harkleroad/The Diamondback)

By Sam Jane
For the Diamondback

The University of Maryland Center for Education, Justice, and Ethics hosted an event covering structural racism and its connections to health inequalities.

Keynote speaker Joseph L. Wright, the chief health equity officer of the University of Maryland Medical System, discussed examples of health equity, a state in which everyone has a fair and just opportunity to attain their highest level of health.

“Pulse oximeters perform worse on people with darker skin,” Wright said. “It was noted [after the pandemic] that patients of color were three times more likely to not be offered supplemental oxygen based on the pulse oximeter reading, when in fact they had hypoxemia.” Hypoxemia is an abnormally low concentration of oxygen in the blood.

Other attendees of the event had a variety of experiences dealing with health inequality. Some attendees spoke of the distrust people of color might have with due to historic mistreatment.

“A lot of it will probably start with being able to not only be a presence in the community, but to build trust in that community,” Washington said.

Wright presented an example of 19th century physician Samuel Cartwright, who said through pseudoscience lung capacity in African Americans was 20 percent deficient, and slavery was a method of solving this. These examples of racism being brought into the medical field were presented throughout the event.

Alice Wright, president of the Parole Health Center, was awarded for her contributions to Anne Arundel County residents. Wright expressed dissatisfaction with the lack of quality healthcare available to members of minority groups.

“People of color are still having problems getting the type of services they should be getting,” Wright said.
These programs are beginning to spread to this university, where health inequality has been an issue in the past. According to a 2021 Washington Post article, the University of Maryland Medical System and the University of Maryland School of Medicine announced in 2021 that they would stop using the race-based diagnostic equation to estimate kidney function.

Dr. Stephen Thomas, a professor in the health policy and management department at this university, spoke to the work the American Center for Health Equity is doing in unique ways.

“You have to reach people where they are,” Thomas said. “So for the past decade, we have been working to bring health services into barbershops and beauty salons.”

“Those programs that focus on a more smaller concise group … allow those people to have an impact on more people in the future,” White said.

The event stressed that there was a lot of work to be done to solve these issues, and Wright gave an overarching statement about the solution to health inequality.

“We must assure the change in systems and policies that have resulted in generational injustices and that give rise to racial and ethnic health disparities.”