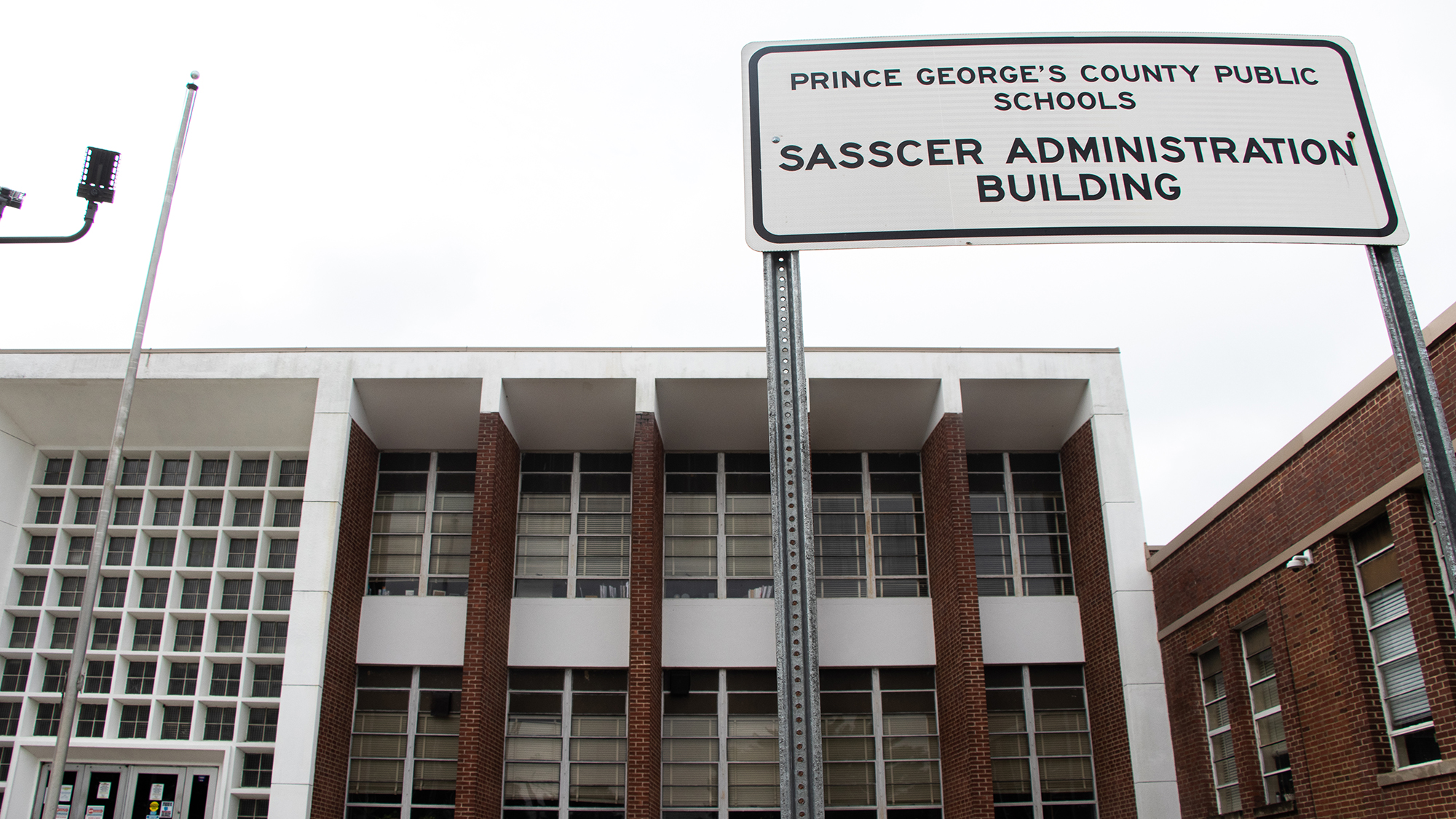 The Prince George's County Board of Education building on Sept. 18, 2020. (Julia Nikhinson/The Diamondback)

Ahead of Election Day, The Diamondback spoke to Prince George’s County Board of Education candidates. For candidates running in districts 2 and 3, click here.

Prince George’s County voters in Districts 6 and 9 will head to the polls on Tuesday with two seats up for grabs in the Board of Education.

There are open seats in both districts after four-year board member Belinda Queen resigned from the school board in District 6 and the term of Sonya Williams expires this year.

The Diamondback reached out to Board of Education candidates in Districts 6 and 9 to learn more about each candidate’s platform. Candidates are listed in order by their district.

After college, Jackson said that raising his younger brother and nephew introduced him to the issues in the school system. Jackson pointed to the disparities in education between his nephew, who attended a PGCPS school, and his brother, who attended a private school. Now, with his son nearing the age to attend a PGCPS school, Jackson said that it is time for the county to address these concerns.

“I have a biological son that is too young to go to PGCPS just yet, but I want him to go to PGCPS … I want to make sure that I help elevate the school system,” he said. “When he gets there, it will give him the world-class education that he should receive and every child should receive.”

Jackson, who received his MBA from Johns Hopkins University, said his financial background adds a new perspective to the school board, which is responsible for allocating more than $2 billion.

One of the key mantras of Jackson’s campaign is allowing teachers to “live, work, play and pray all in the same place.” He said that teacher salaries in the county are not up to par with the increased cost of living in the county. In office, Jackson hopes to bridge this gap and increase teacher compensation.

Jackson also hopes to tackle increasing educational equity across the county. The county needs to ensure that every student has access to universal head start, apprenticeship programs and experiential learning opportunities, he said.

To implement these solutions, Jackson is calling for a “village approach.” He hopes he can bring together the entire Prince George’s County community to better education.

Former PGCPS mathematics teacher Ashley Kearney is also running in District 6 and hopes to address some of the issues she saw firsthand as a teacher. She obtained her master’s degree in education from Johns Hopkins University and has worked as a legislative aide in the U.S. House of Representatives.

Kearney said she has been intimately involved in understanding issues in the classrooms and believes that the school board needs more educator voices in the policy-making process.

“A lot of the time it takes you being a person to say ‘hey, I’m going to step up and I’m going to take my collective responsibility,’” Kearney said. “We have an educator vote on the ballot. I think educator voices belong at the table. I’m an educator and I decided to pull up to the table.”

As a teacher, Kearney saw issues with class sizes first-hand and hopes to work toward decreasing them on the board — class sizes of 30 to 40 students not only make a teacher’s job more difficult, but also cause academic achievement and student outcomes to take a hit, she said.

“When you understand the context of how the different levels work together, you can ask critical questions and you understand what you write in policies and how that’s going to actually play out day-to-day in the classroom,” she said.

Former 25th district Democratic Central Committee member Kent Roberson is making his first run for the school board in Prince George’s County. Roberson was recently appointed as the African-American Diversity Leadership Chair for the State of Maryland in 2021.

Roberson said the ongoing dysfunction in the school board spurred him to run for the open seat.

“I felt that it was needed for leadership to come in the role of an individual with experience to understand proper rules of order and protocol,” Roberson said. “I’ve been bringing that along with the ability to collaborate with other elected officials, which I’ve done in the past.”

One of the key issues that Roberson aims to address in office is strengthening the teacher retention and recruitment system in the county. Roberson argued that this would not only help teachers but also incentivize students to come to the county over private and charter schools.

Roberson also hopes to bring transparency to the school system that has been marred with dysfunction in recent years, with several recent resignations and allegations of fraud.

First, he calls for electing a new chair and vice chair for the board. He also referred to his extensive experience in the school system. As the PTSA Vice President at his son’s school and a PGCPS graduate, Roberson said he understands the issues that parents and students face in PGCPS and vows to address them in the board with his past political experiences.

Prince George’s County graduate Lolita Walker wants to bring her diverse background as a small business owner and industrial engineer to the school board.

According to her website, Walker hopes to strengthen the relationship between students, parents and teachers and continue investing in resources for the future of Prince George’s County.

Walker did not respond after multiple requests for comment from The Diamondback.