Only Israeli views have a platform at UMD. It’s time to stop stifling Palestinian voices. 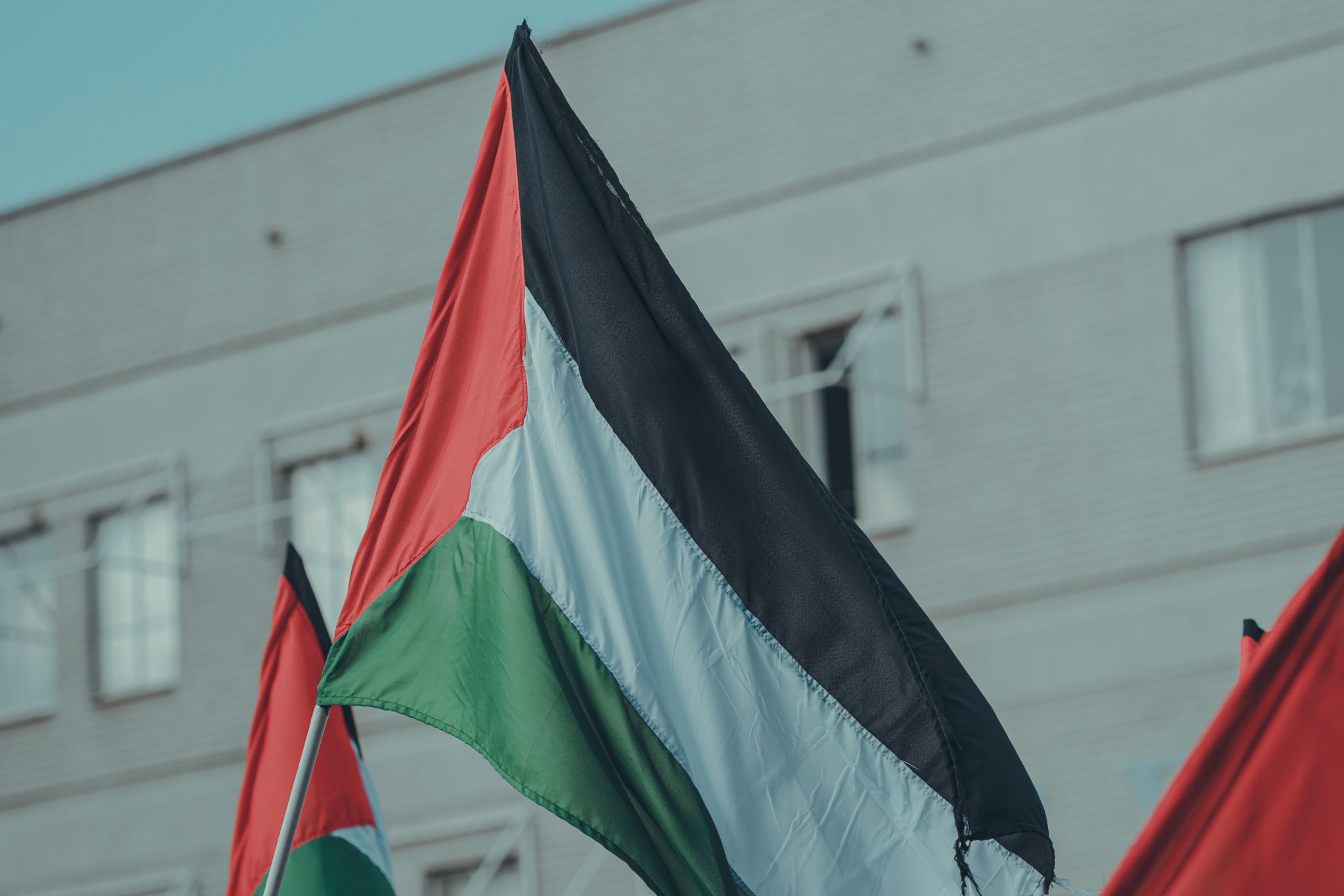 The Palestinian flag. (Photo via Pexels)

Entering the silent halls of the Clarice Performing Arts Center on Oct. 27 was a harrowing juxtaposition of protestors’ powerful chants outside of its doors. Guests, including myself, heard the words, “Occupation is a crime, from D.C. to Palestine,” as we approached the doors to Israeli Ambassador Michael Herzog’s guest lecture.

These words served as a reminder that Herzog’s was not the only existing perspective on Israeli-U.S. relations. In fact, his arrival prompted students to call him out for overseeing and being complicit in the deaths of thousands of Palestinian civilians while serving in senior positions in Israel’s Defense Forces.

However, it hasn’t done much to showcase those expressing opinions distinct from the Israeli state narrative. Discussions on Israeli and Palestinian relations at this university cannot be done without the presence of Palestinian voices.

The day of Herzog’s lecture, a coalition of student organizations released a statement outlining violations of international law in crimes against Palestinian civilians. Student coalitions can call for their side to be seen but without the university uplifting them, their voices aren’t heard as loudly as those given a platform. The coalition statement represents the voice of many students, and it’s unacceptable that, as of Thursday, it has gone unacknowledged by our administration.

Herzog’s specific history begs the question of which voices this university deems appropriate to amplify, and which it chooses to dismiss.

Without any Palestinian voice given a platform, we are misled to the conclusion that Herzog’s beliefs are the only ones deserving of a platform.

It seems like this university grants disproportionate attention to Zionist leaders. And in turn, the argument that Palestinian authorities have been uncooperative to peace negotiations only works as a function of the unjust power dynamics at play. It’s one that shows a state receiving $3.8 billion dollars in military aid per year from the U.S., dominating the portrayal of a Palestinian population that has no organized military, army, navy or air force to support its own narrative.

Herzog spoke of Israeli and Palestinian relations as a long and extremely complicated conflict, one that is not just political but religious and historical as well.

Framing this issue as such is problematic because it traps the narrative within a stalemate of religious beliefs and intricate geopolitics, making the occupation seem more complex than it is. Settler violence comes at the expense of Palestinian existence on the land of occupied Palestine, whether it be Palestinian Muslim, Christian or Jewish.

This fallacy is one that portrays the occupation of Palestine as an “equal conflict,” of two equally capable powers up against one another in political conflict. But it’s actually Palestinian civilians and children being shot by armed forces for fighting an invasion of their homes with pebbles and stones. This is a settler-colonial occupation of Palestine, and yet, we don’t hear this perspective being promoted by our university.

When this university only gives a podium to Israeli ambassadors, we allow the occupation of Palestine to be construed by political motives and propaganda. We need to see different opinions and Palestinian leadership represented at our official forums.

Not giving other perspectives an equal, if not equitable, platform is unacceptable. By only allowing the narratives of an occupying force to be heard at this university, it becomes easy to villainize Palestinian resistance and sympathize with the occupation without giving students the full picture.

It just seems to me that this university thinks Palestinian voices are not deserving of a place at these forums. Their voices are reserved for a spot outside the doors of these lectures where they remain unheard.

As an academic institution, this university invites guests who are reflective of the academic conversations and discussions it encourages. Providing students with exposure to only one perspective limits our ability to critically form our own opinions about global issues. This university needs to ensure we have a diverse foundation to form positions on — not just a singular narrative.