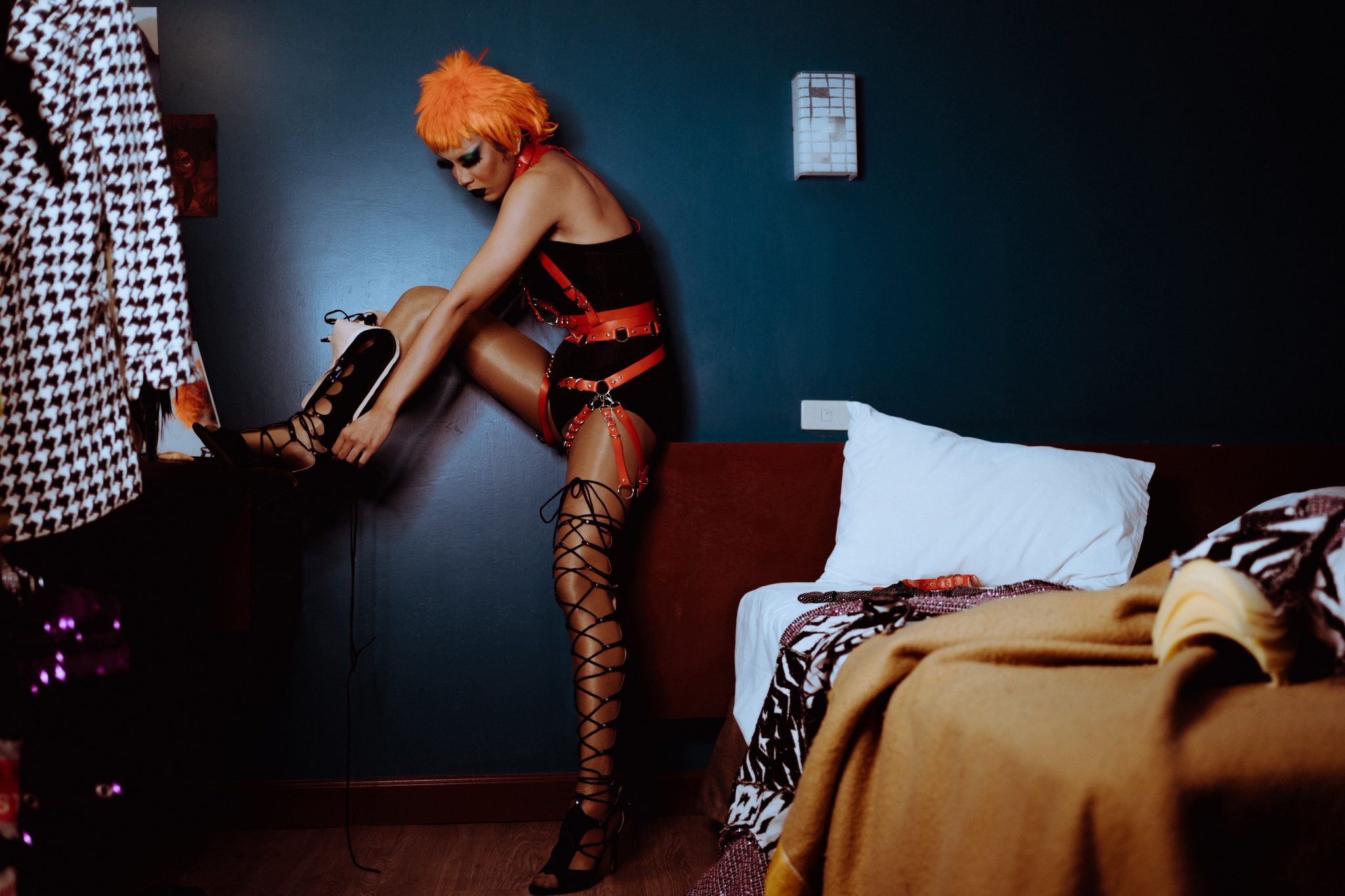 While lacy lingerie, decorative bras and skin-tight spandex do little to protect students at the University of Maryland from the cold, many are wearing these items and more this Halloween as armor against stereotypes that label them as “hoes” or sexually promiscuous.

The popular phrase “a hoe never gets cold” highlights the gendered stereotype that associates a young woman’s attire with how easy she is to get in bed.

Yet, this Halloween, young women on the campus are shedding their shame and celebrating the chance to feel sensual.

“When I initially put [my costume] on, I feel really sexy and empowered,” Gabby Cohen, a senior communication and philosophy, politics and economics major, said.

“It’s the culture of college with Halloween,” Saeed said. “A lot of my friends are doing their sexy costumes [and] it’s fun to see how we all interpret that for different characters.”

But a girl who likes to catch someone’s eye and an invitation for hooking up are two very different things, junior criminology and criminal justice and psychology major Damiana Colley said.

“If you’re feeling confident in an outfit you’re wearing, there should be no reason for you to expect or have that thought in the back of your mind that something is probably going to happen to you because of what you’re wearing,” Colley, an executive board member of Preventing Sexual Assault, said. “But, sadly, that’s there and that has to be there for most people.”

But people’s promiscuity, in costume or not, doesn’t define their worth or make them deserving of any type of violence, Colley added.

“If you are uplifting not only yourself but those around you who either don’t have the ability or don’t want to dress the same way as you, that’s awesome,” Colley said. “You’re giving and getting compliments, and you [are] just overall empowering the situation.”

Some students say Halloween is an opportunity to express themselves and be creative.

“It’s asking for a different type of attention or compliment,” Saeed said. “I would assume and, honestly hope, that other men looked at me like, ‘Oh, that’s a cool costume.’”

[Show your Terp pride this Halloween with these UMD-themed costumes]

When women support other women, it becomes a collective form of empowerment, and it’s easier to embrace the stereotypes.

“I don’t think of [hoe] as an insult,” Saeed said. “Yeah, I’m dressing provocatively, and what about it? Okay, it’s cold, but I look good.”

For the students who want to stay warm but don’t want a jacket to cover their costume, winterizing sexy outfits with insulated tights is an option, Colley said. Wearing a long sleeve shirt or another sheddable layer underneath the costume can also help keep students warm as they walk to and from parties.

“When you’re running to the bars or running to the frats, etc., [people] are not going to look at what you’re wearing,” Colley said. “Feel confident and sexy once you get there.”

This could also mitigate some of the catcalling young women receive when they’re on Route 1, especially if they’re alone or with a small group of friends.

But ultimately, Colley says girls should celebrate Halloween their way — wearing what they want, how they want.

“Not everyone can reclaim derogatory words used against women,” Colley said. “But when there’s just a couple brave people that go out and do that, it’s going to inspire others to do the same.”