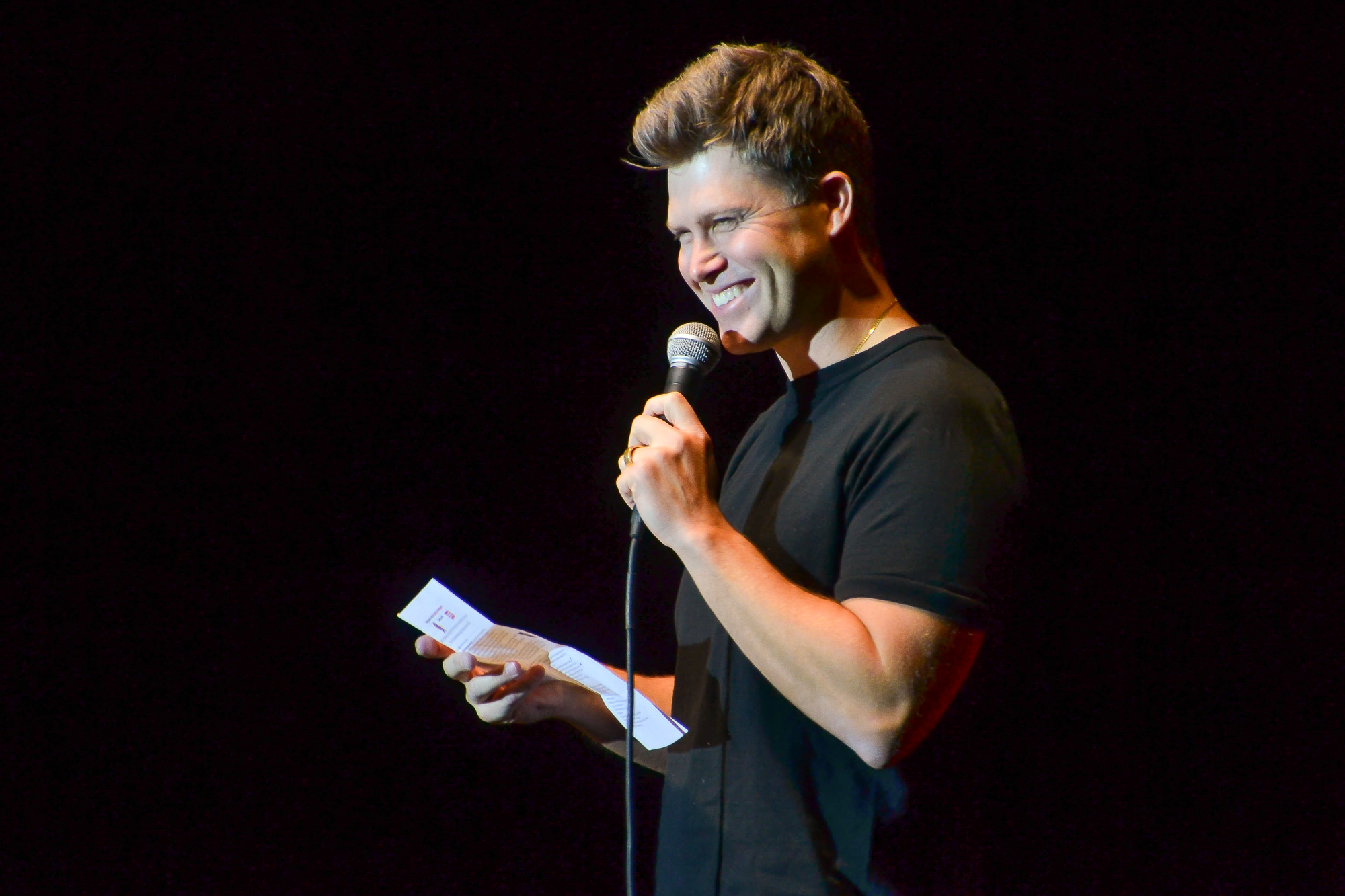 “In the midst of a difficult semester, it was a great stress relief,” sophomore math and public policy major Shawn Edelstein said.

Kearney and Hernandez premiered in the SNL’s 48th season and brought their unique comedic stylings to Ritchie Coliseum Oct.16. The show was organized by Student Entertainment Events.

Olivia Milne, a sophomore psychology major, is a fan of SNL and regularly watches the show.

“I was excited. It was very random that Colin Jost, Scarlett Johannson’s husband, was in College Park,” Milne said.

Kearney entertained with jokes about coming out to their family as non-binary and a lesbian, childhood nicknames and their 12-lb birth weight. They also recounted performing their comedy at a living facility for older women. Hernandez followed with jokes about growing up in a Hispanic, immigrant household, his transition from his hometown of Miami to attending college in Cleveland and his impressions of people pretending to know Spanish.

“It’s crazy to see him right in front of you,” Edelstein said.

Jost leapt straight into his first bit, fun facts about the University of Maryland. He played off of the audience’s responses to jokes about campus Wi-Fi, the Panera Bread delay in Stamp Student Union, Maryland football’s loss to Purdue and indecent exposure incidents on the campus.

Jost took questions from the audience midway through his performance, with students yelling out questions to him in an impromptu pause to his routine.

Jost answered, saying she’s doing well and continued into a bit about their newborn son Cosmo and his fears about the baby being taken by an eagle.

“I kind of went in not knowing what to expect … and I had a really good time,” sophomore Olivia Marx said after the show.