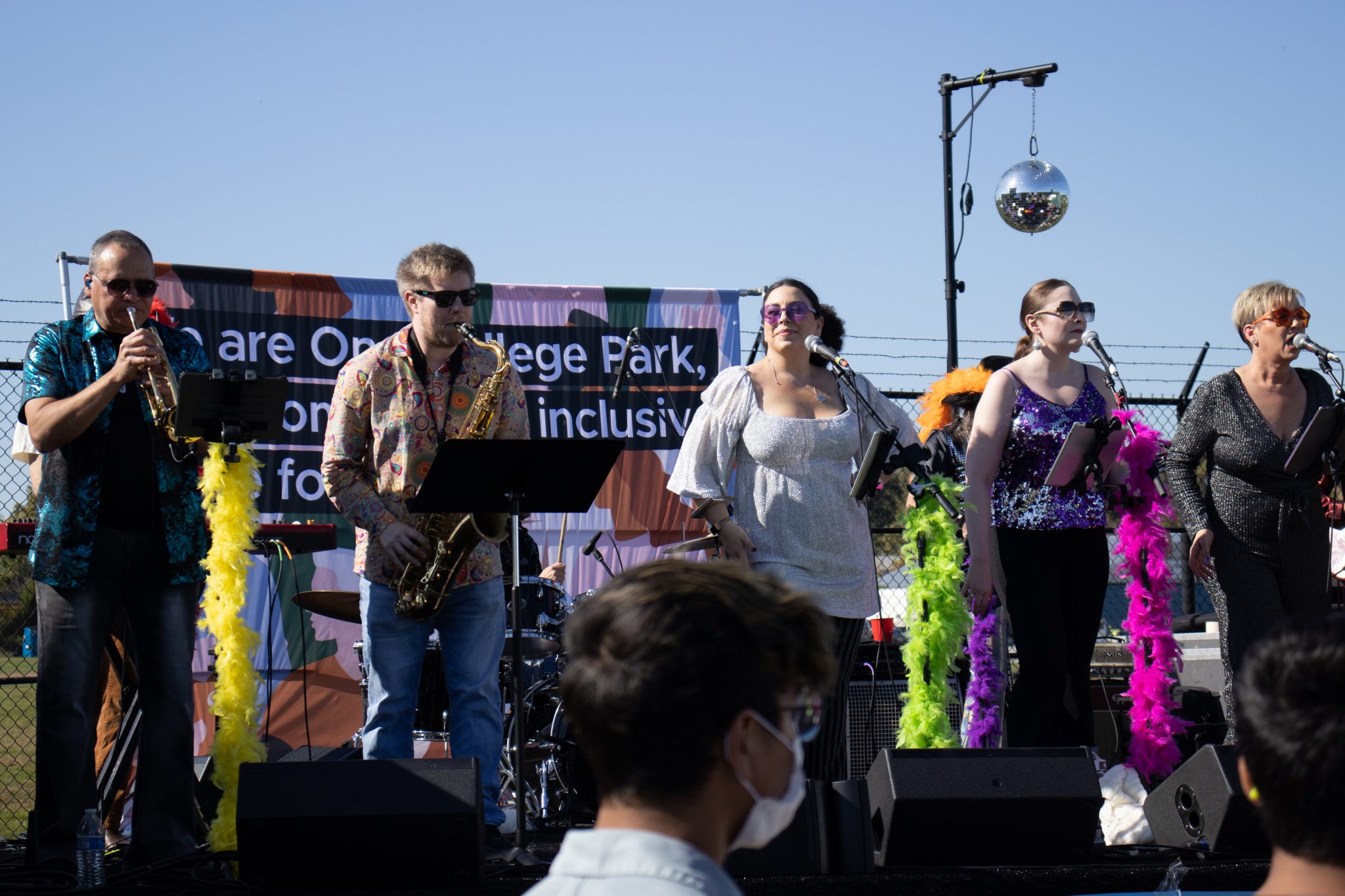 This was the first time the event has been held since 2019.

College Park Day started in 2010 and is hosted by the city in the aviation museum parking lot and facilities. The festival is the city’s signature event, according to the city website.

Mayor Patrick Wojahn said this year’s event is special because the city missed out on celebrating College Park Day’s 10th anniversary in 2020.

“I love the event, it keeps growing and growing every year. They do better and better every year,” Wojahn said.

“It’s always been a fantastic event … it’s just a wonderful time for College Park to turn out,” Rall said.

Wild Anacostias, a Hyattsville-based band that has performed at College Park Day in past years, set the tone with upbeat New Orleans-style jazz the crowd danced along to.

The crowd included a lot of Wild Anacostias’ friends and superfans from all over the community, according to Atkins. In the crowd was Greenbelt resident Raven Eyes Cagle and a group of her friends who have seen Wild Anacostias before.

“They are the most fun, energetic, enthusiastic band around. They bring so much joy,” Cagle said.

“They’re awesome, full of vibrancy and energy, a refreshing blast from the past,” College Park resident Carlos Saldana said.

“We were able to really relax and just have fun with it,” Gymkana member and sophomore English major Ali Clingan said.

Rall said his favorite memory of past College Park Days was the Gymkana team.

Wojahn and District 1 council member Kate Kennedy had their own fun during College Park Day, in a dunk tank fundraiser for a local Boy Scout troop.

“It’s always nice to know that you’ve got the mayor of College Park willing to come out and help and to participate,” Troop 298 Scoutmaster Mary Pat Donals said.

The line of attendees waiting to send the mayor into the dunk tank was long, with some people running up and simply pressing the buzzer after failed attempts at dunking Wojahn.

“I love supporting the scouts, and it’s just a great opportunity to have some fun on College Park Day,” a soaked Wojahn said.

The aviation museum offered free admission during College Park Day, and residents could go inside police and medic helicopters. The event also featured a mime, jugglers and other performers, along with food trucks and a bouncy house and pumpkin decorating for kids.

Cagle was glad to be at the event for the first time since before the COVID-19 pandemic.

“It’s a beautiful day, I wanted to be with friends and just enjoy the last bit of summer fall. It was a really great day and I’m glad to be here,” Cagle said.