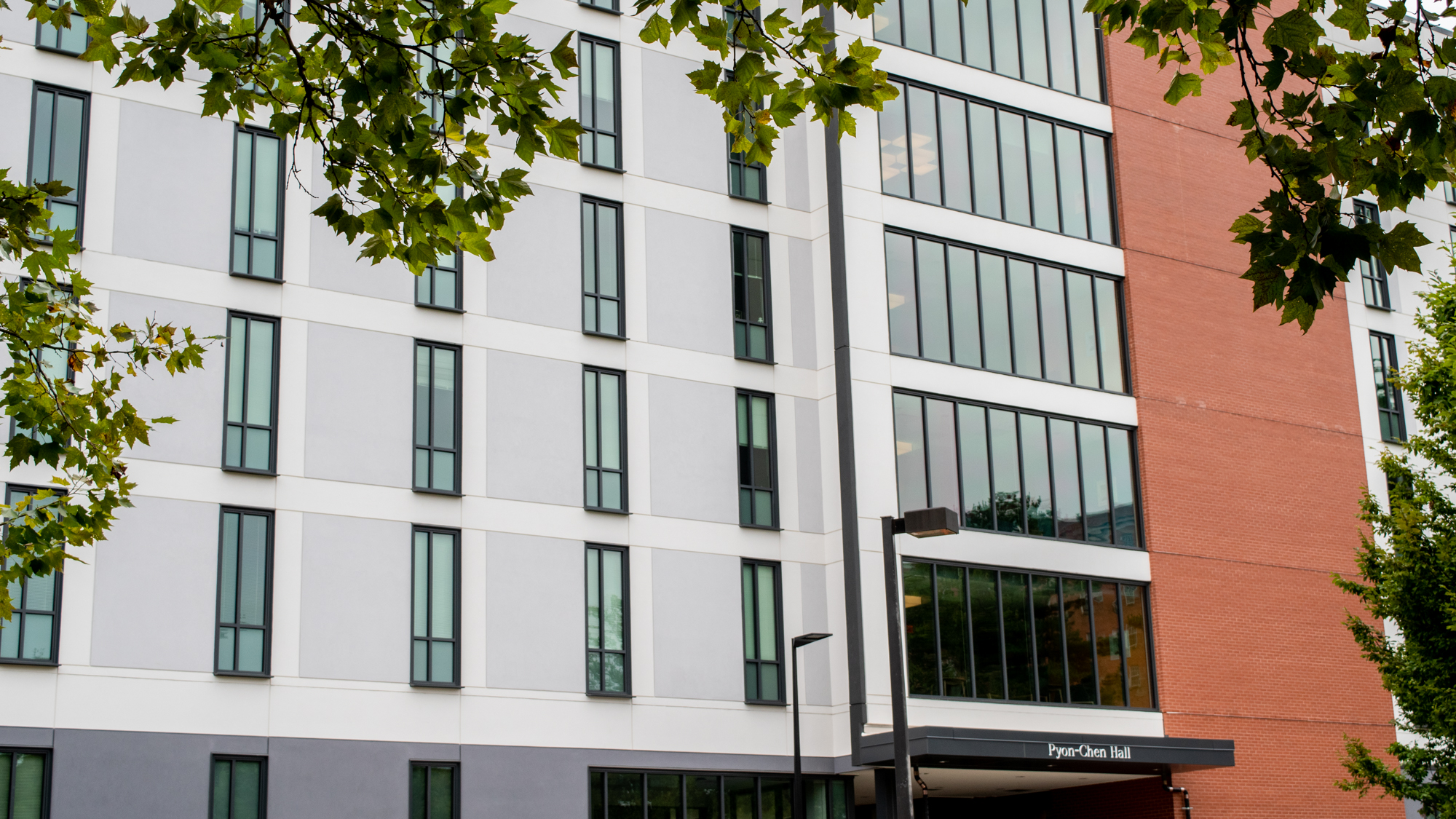 Pyon Chen Hall, one of the newly constructed dorms at the University of Maryland. (Autumn Hengen/The Diamondback)

As described by the University of Maryland’s position description, resident assistants have a great deal of responsibility. Not only are they responsible for facilitating a sense of community among a large number of students, but they also must be on duty all hours of the night and for 24 hours on weekends — all while making sure to bond with students.

To compensate for this hard work, RAs can receive remission of housing, dining, basic telecommunications and basic cable fees. But at many universities — including this one — if a student becomes an RA, any compensation they receive must be factored into their cost of attendance. In essence, because an RA’s cost of attendance will be lowered after the remission of housing and dining costs, any profit they make as an RA they might — and are likely to — lose in financial aid.

But this regulation doesn’t make any sense. Financial aid is often calculated by subtracting a student’s estimated family contribution from their estimated cost of attendance. So when it comes to RAs, the reasoning for reducing their aid is circular. By compensating RAs through free housing and dining, lowering their cost of attendance and reducing their financial aid package, this calculation leaves RAs with financial aid unable to reap the full benefits of their work.

Most college students are able to work jobs without their financial aid being at risk, and RAs should be no different. Federal student aid and universities across the U.S. must make an exception for RAs in their system for calculating financial aid so that RAs can be fairly compensated for their crucial work.

If a student comes from a low-income background and relies on financial aid to afford college, but also wants to take care of their community as an RA, they are at a serious and unfair disadvantage compared to others. After becoming an RA and suffering a reduction in their financial aid, they may end up having to take on another job to pay for their college. Or even worse, those students who rely on their financial aid packages may be forced to choose between cheaper tuition from financial aid or cheaper room and board from being an RA.

Students at other universities have cited financial stress and confusion from becoming an RA for leaving the position, moving off campus and even withdrawing from their classes. In College Park specifically, it’s no secret on-campus housing is expensive. For students relying on financial aid, becoming an RA may initially seem enticing to reduce these costs — that is, until they realize the “compensation” they were supposed to receive would be reduced through a back door.

There have been signs of progress. Washington University in St. Louis designates RAs as full employees of the Office of Residential Life, meaning their financial aid will no longer be affected if they take on an RA position. While this university cites federal law as a reason for potentially reducing RAs’ financial aid packages, it’s time to consider if there are potential ways to help RAs retain their financial aid benefits as they do at other schools.

We have heard many universities — especially this one — pledge to value diversity and equal opportunity. Penalizing accomplished, hard-working students from low-income backgrounds for what they can’t control is the very opposite of that. It’s time for universities across the nation to support their words with actions and allow RAs to keep their full financial aid package.