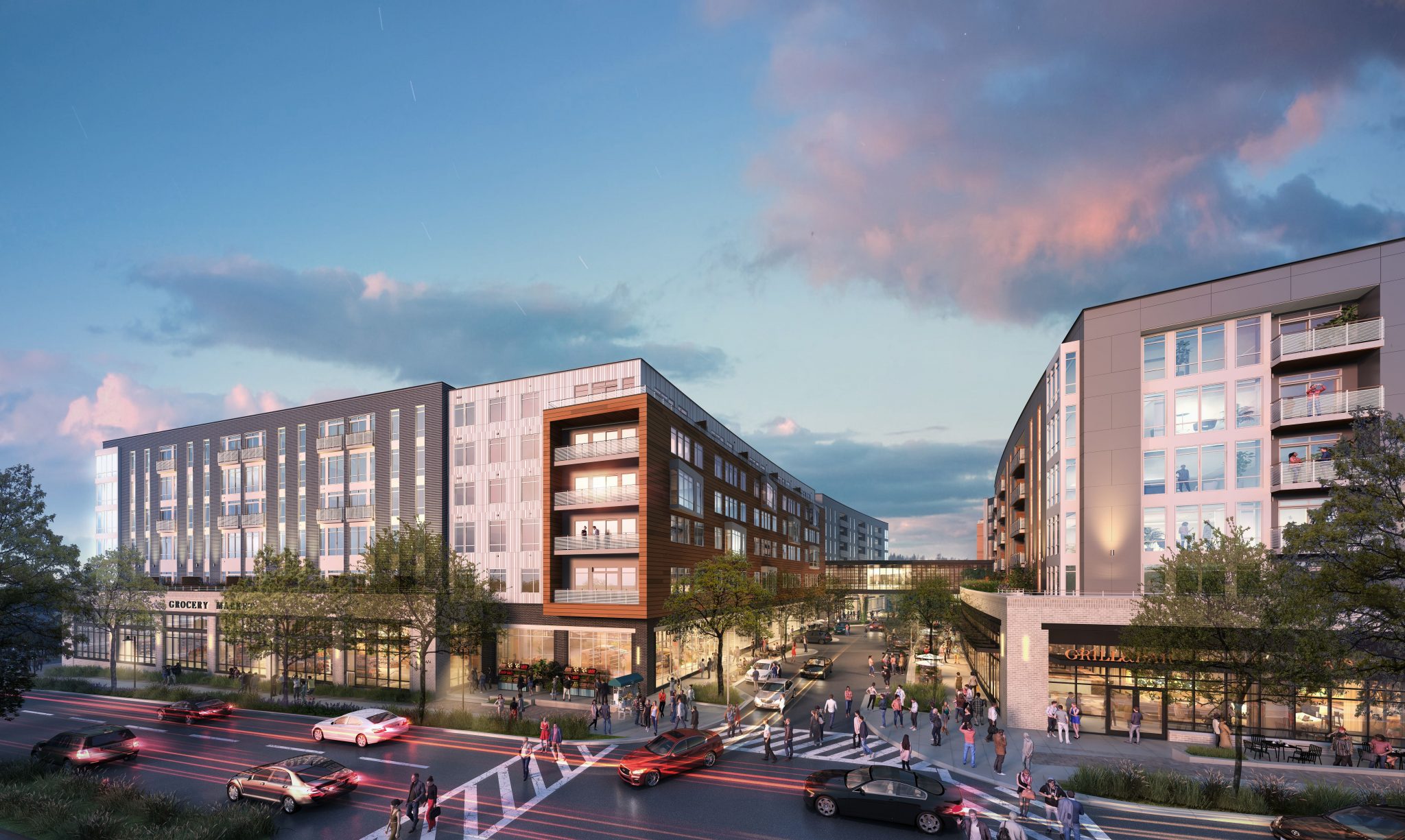 Trader Joe's will be part of Aster, a new apartment complex opening in August. (Photo via Bozzuto)

The 14,662-square-foot grocery store will be part of Aster, a new apartment complex south of the University of Maryland’s campus.

Trader Joe’s brings a grocery option within walking distance of campus. Current grocery stores include a Target across from the campus, a Lidl farther north on Route 1 and a Whole Foods in Riverdale Park.

The complex is located at 7150 Baltimore Ave. with 61,000 square feet of ground floor retail space, just south of the College Park Shopping Center and across the street from College Park Bicycles. Aster has 393 units and two buildings connected by a glass-walled skybridge.

Aster joins Tempo and The Nine, as another new apartment complex offering leases in College Park ahead of the upcoming academic year. Unlike many other apartment complexes in the city, Aster will not explicitly target University of Maryland students.

The new luxury complex opens amid conversations between city officials and community members about housing affordability in College Park. One bedroom apartments start at $2,180 per month, according to Aster’s website.

Other stores and amenities, such as Crunch Fitness, Roots Natural Kitchen and Bandit Taco, are projected to open in the fall or winter.

This story and its headline have been updated.