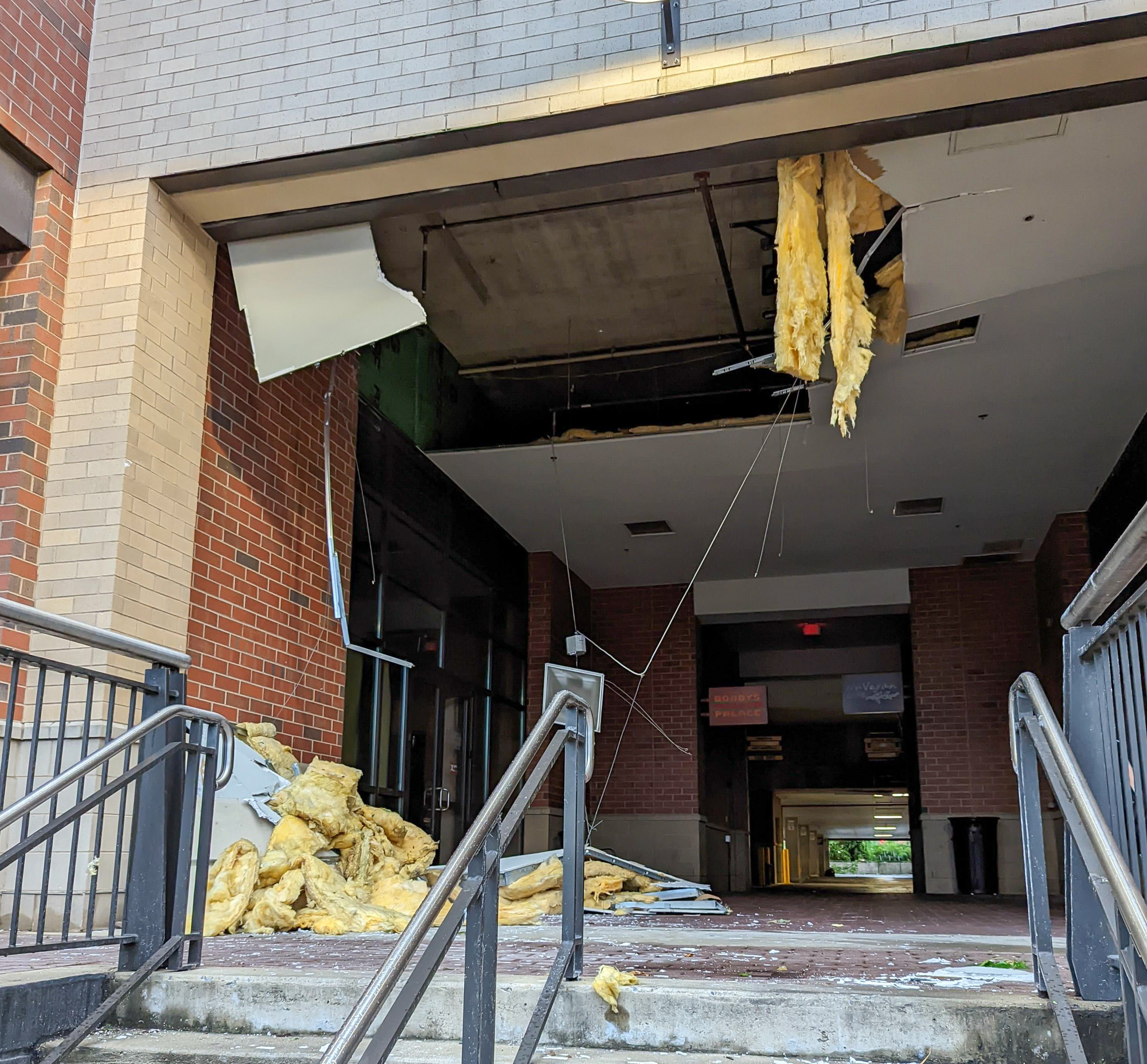 Insulation falls from the ceiling of The Varsity following the storm on July 12, 2022. (Photo courtesy of Yoav Rotman)

All city facilities opened Friday, after a storm plowed through College Park earlier this week.

The storm ripped through the city Tuesday, downing power lines and trees, damaging homes, closing roads and shuttering businesses. Hundreds of trees in College Park fell or were damaged, according to an estimate from the city.

Cleanup efforts will continue in the next weeks, according to the city. Still, the city hosted its Friday Night LIVE event in the courtyard in front of city hall as scheduled. The Hollywood Farmers Market is also expected to go on as scheduled on Saturday.

Many apartments in College Park experienced a series of power outages in the storm’s aftermath.

Multiple businesses in the College Park shopping center, including Starbucks and Five Guys, were without power Thursday afternoon. Board and Brew, located along Route One, announced it would be closed until Saturday morning in a statement on their social media pages.

The University of Maryland’s campus was closed on Wednesday and reopened at 10 A.M. Thursday.