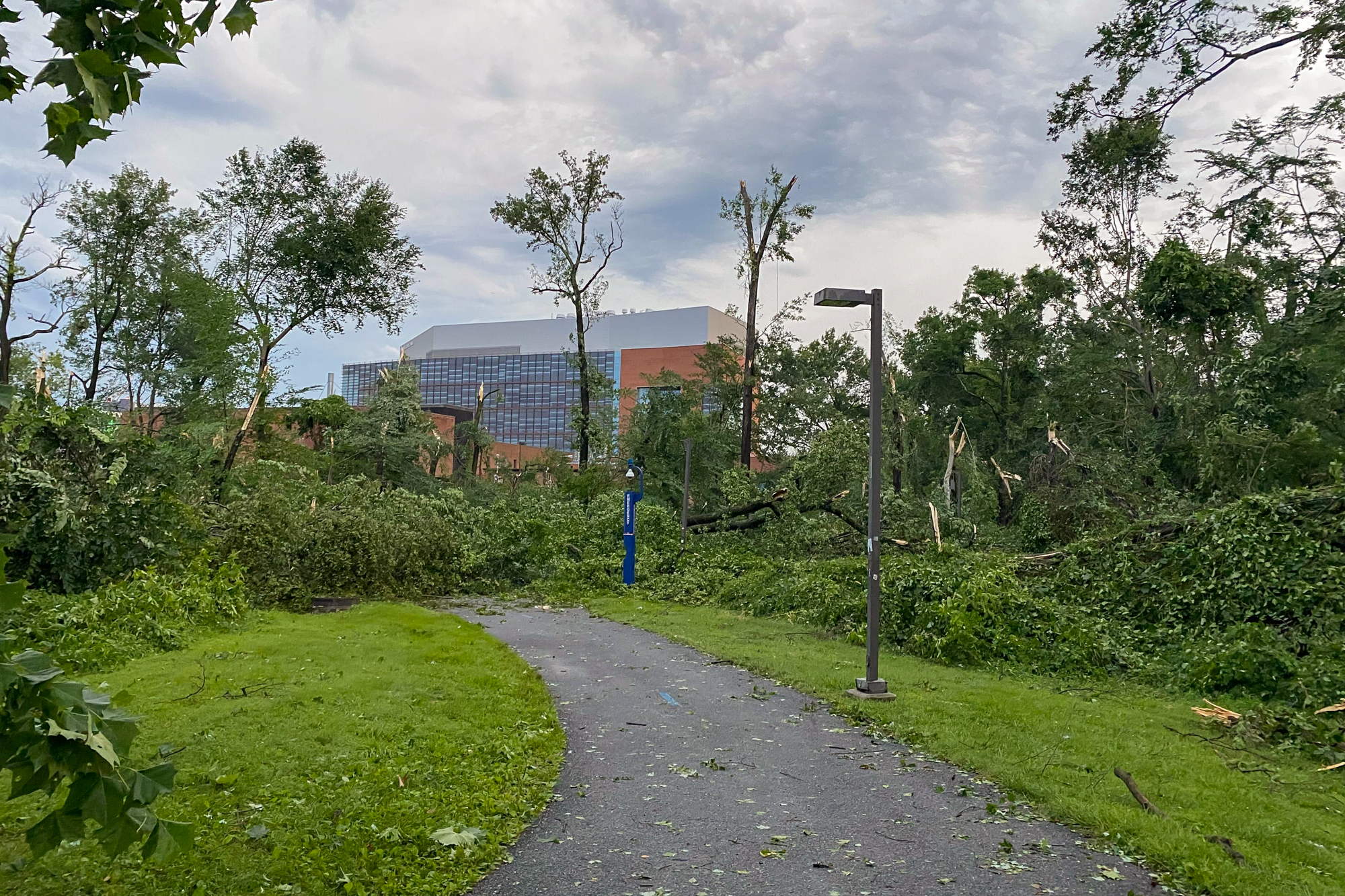 Fallen trees block the path between the Iribe Center and The Varsity after the storm on July 12, 2022. (Photo courtesy of Devon Milley)

The university canceled all classes and operations on Wednesday due to the storm.

The City of College Park reported “major damage” to the area and advised people to “stay away.” The city’s public works department was working to clear the roads Tuesday evening, according to the city’s Twitter account.

Tom Roussey, an ABC7 journalist, reported a home where students lived was split by a fallen tree. One student was reportedly in the house at the time and had been taken to the hospital. Roussey also tweeted a video of the destruction.