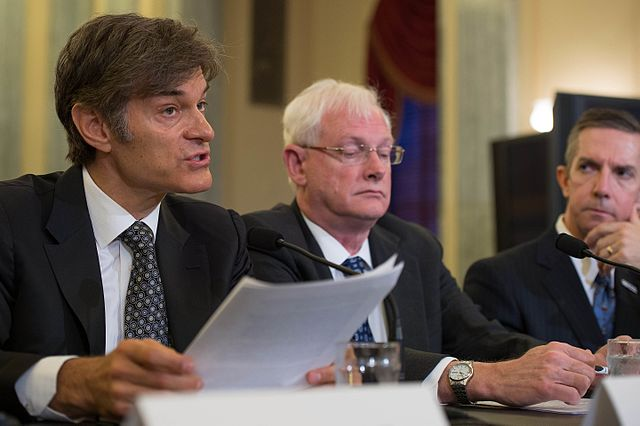 Just writing out “Senator Oz”’ makes me feel nauseous. However, it’s possible this could become a reality in November. Dr. Mehmet Oz is running for the U.S. Senate in our neighboring state of Pennsylvania, with one interesting caveat: The celebrity doctor also lives in New Jersey and changed his residency to his in-laws’ home in Pennsylvania to run for this seat.

This process, also referred to as carpetbagging, is not that uncommon among political opportunists. The derogatory term comes from the Reconstruction Era when it was used to describe Northerners who took advantage of political and economic opportunities in the South after the Civil War. Nowadays, it describes political figures such as Oz who move to states they don’t live in with the specific intention of running for election there.

One would think congressional eligibility rules would prohibit this type of behavior, but they are surprisingly lax in this regard. Eligibility rules for Senate elections indicate candidates just need to be a citizen of a state at the time of their election, and members of the House of Representatives need only be residents of the state — not residents in the specific district they intend to represent.

The rules today are too conducive to career politicians — or celebrities — whose only goal is to get into some kind of office and establish power. These people will hold their fingers up to the wind to float to where they have the best chance of achieving this, which is harmful to our democracy. Congressional eligibility rules should be tightened to not only prevent this kind of political opportunism but also ensure more grassroots candidates can rise to the top.

There are problems that inherently arise from people representing areas where they do not reside. Theoretically, a person running to represent a certain area should have some familiarity with the issues and concerns specific to that area. It certainly could be argued that most members of Congress just vote on party lines regardless of their relationship to the state they represent, but carpetbagging inherently favors wealthy candidates with little to no activist roots. These are people who probably have no touch with working class communities in the place where they actually live, let alone in somewhere they don’t; there is no way they can fully understand the issues facing communities with which they’ve had no interaction.

Leaving the door open for this activity benefits rich candidates, such as Oz who own houses in multiple states, enabling them to choose which one they declare as their primary residence. Hillary Clinton used this strategy as well. In 2000, she ran for a Senate seat in New York despite having lived in Washington, D.C., as First Lady for eight years prior. Mitt Romney switched his primary residence from Massachusetts to Utah to run for a Senate seat there in 2018. Due to their fame, these candidates may have substantially more media attention compared to homegrown candidates who know more about the day-to-day issues facing the place they are running to represent.

This can lead to candidates and elected officials who lack basic knowledge about the politics of their home states. Oz, for example, has only been registered to vote in Pennsylvania since 2020, likely when he decided on making this Senate run. As a short-term voter, it’s likely he did not have to make decisions about which policies and politicians would represent the state’s best interest. The few connections he has to the state include his medical school attendance and his in-laws’ residence.

These rules need to be tightened. Some states, including Maryland and Virginia, already have stricter guidelines for state-level positions, including governorships. Some of these guidelines include living in the state or being a registered voter in the state for a certain period of time before candidacy. These rules specifically make sure the people running for office both reside and are somewhat politically active in the places they want to represent.

There is no reason why these rules should not be adopted by all states and carried over into federal elections. These are tweaks that would not majorly overhaul our election process, but will help ensure representatives are active members of their communities and not “political tourists,” who have to determine which of their vacation homes to make their permanent address depending on the political opportunities at their disposal. The wealthy already have enough advantages in electoral politics; we don’t need to let them have this one too.

Adam Cullen is a senior government and politics major. He can be reached at acullen@umd.edu.