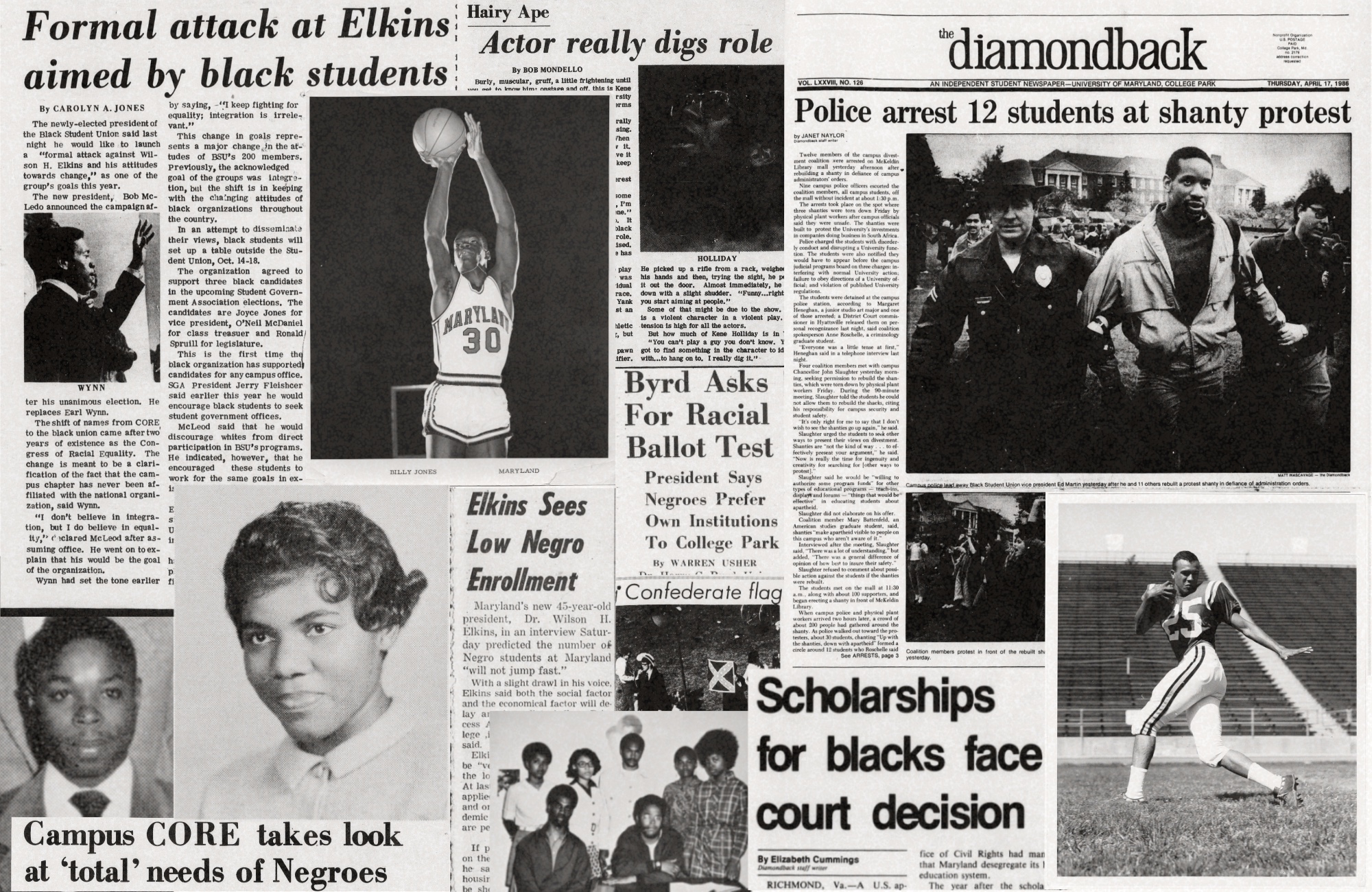 Desegregation came slowly to the University of Maryland. The federal government flagged the state of Maryland in 1969, noting the university system — this university included — was in violation of the Title VI of the Civil Rights Act of 1964, which prohibited discrimination in any public space that received federal funding.

This project is about the desegregation efforts at this university and the legacy of Black activists and pioneers who came to this campus.

There are still parts of this university’s history that didn’t make it into this project. But we hope to provide a starting place for those who want to know about the desegregation efforts at this university. We also recommend the ongoing “Black Experience” project, as part of the “Reparative Oral Histories” university libraries initiative, that is documenting Black life on this campus.

We want to acknowledge Hayward “Woody” Farrar, who was the Black Student Union president in 1970. We wouldn’t have known nearly as much about the early years of the Black Student Union without his account, which we have used in our reporting. His writing was part of the “Higher Education and the Civil Rights Movement” collection of essays, which was published in 2008. Farrar died in May 2013.

Farrar noted most Black student activists “burned out early and can’t or won’t discuss that era.” He confessed telling his truth took a toll on him, but he believed in the “significance of memory.”

“Our memories are real and need to be shared, studied and analyzed,” he wrote.

We also want to thank those who trusted us — Earl Wynn, Bob McCleod, Bobby Blandford and so many others — with their memories.