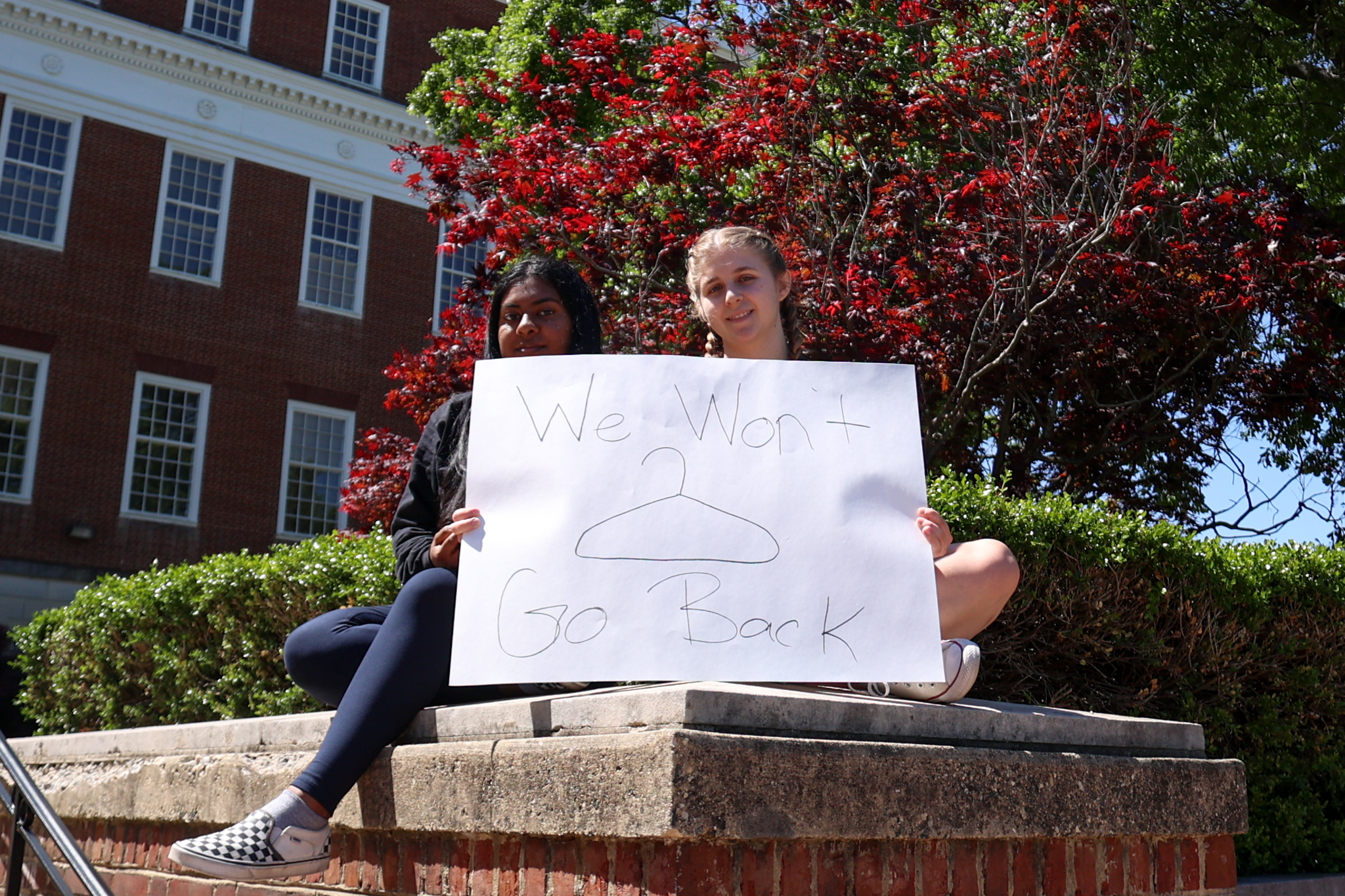 The University of Maryland SGA hosted a pro-choice rally May 9 on McKeldin Mall in response to a leaked draft opinion that indicated the U.S. Supreme Court planned to overturn Roe v. Wade.

“Due to student passion for this issue and the ramifications of this possible decision, UMD SGA wanted to support our community during this time and organize fast,” student body President Kislay Parashar said in a message.

Parashar continued to say these rallies are crucial for demonstrating student concern for federal issues, such as this one, and it allows student opinions to be heard at this university and beyond.

“As their governing body, it is our responsibility to make those concerns heard by not only our administration, but the U.S. Federal government,” Parashar said.

“Mainly the planning was trying to figure out how to get people to use their voice in a productive way because rallies on this campus have generally been successful in generating some sort of awareness,” Marks said. “I just don’t think it’s my role to tell women what to do with their bodies.”

South Campus Commons representative Jessica Levenson, a pro-choice advocate, was moved by the iniative of the rally.

“I’m just really excited to spread the message that pro-choice should be like, ‘My body, my choice,’ at the end of the day because it’s no one’s business what I decide to do with my body,” Levenson said. “One of the things that I’ve learned throughout my time is that change starts with one person and one idea … You’re one voice, but you’re speaking louder than everyone else who’s staying silent.”